Viewing the pandemic as a turning point away from old inequities, injustice 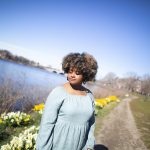 Music and theater with a message

Other graduation speakers to explore how science and arts helped us survive pandemic, and Harvard’s slave history

For Jordan Bliss Perry ’21, classic languages and computer science share an enthralling appeal. Beyond the obscure words and arcane symbols, both hold mysteries to solve, surprises to unlock.

Perry, who has studied Latin since sixth grade and Greek since 11th grade, did so because both languages represented puzzles to his young and curious mind. When he took CS-50, Harvard’s introductory computer science class, as a first-year, writing code struck him as a modern-day language with its own syntax. He was smitten, and became a joint concentrator in computer sciences and classic languages.

“When studying Latin and Greek, you have all these cryptic texts, where every word is placed in a certain position as part of an intricate arrangement,” said Perry, a native of New York City. “When writing code, you see how all the different parts and the syntax fit together. They share a sort of similar mode of thinking.”

Drawing upon his experience as a student of computer science and the classics, Perry will address how those two fields complement each other in his speech. Technology, Perry said, should not be seen as an end in itself but as something that can be applied to other fields of study and a means to change traditional forms of knowledge. His senior thesis deals with the use of machine learning models and artificial intelligence to figure out the authenticity of certain letters that have been attributed to Plato, the Greek philosopher.

Perry’s speech will also feature a nod to the pandemic and the role of both science and the arts in helping humanity through it. Developing a vaccine against COVID-19 was a triumph of science, but the arts helped people maintain some sanity and endure it, he said.

After graduation, Perry will move to Washington, D.C., to work as a software engineer for a company that specializes in big data analytics, but he hasn’t ruled out the option of graduate school to deepen his study of the classics. In the meantime, he will continue to draw inspiration from the literary pieces in Latin and Greek he has studied in the last decade. He keeps a copy of Horace’s poems by his bedside.

Said Perry, “In our technological and digital world, having an education in the classics has given me an appreciation for both aesthetics and the human condition, and a certain artistry that I can draw upon and bring to the table even in a computer science context.”

Two years ago, then-sophomore Silvana Gómez was so inspired by the performance of her friend and mentor Genesis De Los Santos ’19, who delivered the Senior English Address, that she decided to follow in her footsteps.

But first Gómez, a psychology concentrator with a secondary in women, gender, and sexuality, had to take part in a speech-writing competition to be selected as the 2021 Undergraduate Senior Speaker.

With a speech that dealt with all the tumultuous events that marked last year, such as the pandemic, the social and racial justice movement, and the rise of xenophobia, Gómez won the contest.

“I wanted my speech to be relevant to what was going in the world,” said Gómez. “I didn’t want to write a speech that could be given in six years from now.”

In her speech, Gómez also called for building a new normal that goes beyond COVID-19. “I don’t just mean: Let’s wear masks; let’s get vaccinated,” she said. “What I mean is to reimagine a new world where those systems of oppression that have existed for so long, before COVID, don’t exist anymore. There is so much to change.”

The daughter of Colombian immigrants, Gómez grew up in New Jersey but plans to celebrate her graduation day surrounded by her family in the Cambridge apartment where she has lived for the past few months. They will have a big screen to watch the virtual graduation, and she will be wearing her cap and gown.

It will be a celebration different from what she dreamed of, but she’s glad she’ll be with her parents, who left their home country in search of a better life and who helped her get to this day. After graduation, she plans to stay in Boston working for a legal nonprofit to gain experience to apply to law school. She would like to be a criminal defense attorney.

“I never looked at the graduation as being for me,” said Gómez. “I always saw it as being for my parents. They’re not going to be with 33,000 people listening to their daughter speak. But I’ll be by their side the entire time and present my cap and gown to them because this is their accomplishment just as much as, if not more than, it is mine.”

A fan of oratory, Vincent H. Bish Jr., Ed.M. ’21, collected several public-speaking prizes at his alma mater, Trinity College, in his hometown of Hartford, Conn. For years, he watched Harvard Commencement speeches to learn the tricks of the trade and gain inspiration.

This time, he hopes to inspire others as he delivers his Graduate English Address. He will graduate with a master’s degree in technology, innovation, and education from the Harvard Graduate School of Education (HGSE).

“I’ve watched people get up on that pulpit in front of Memorial Hall and deliver speeches that had not only moved me, but moved the world,” Bish said. “In watching those speeches, it’s only natural that at one point in time you think to yourself, ‘If I had the opportunity to hold the world’s attention and to say something, what would it be?’”

Bish had already found his answer back when he first came to Harvard, walked by Wadsworth House, and saw the plaque honoring Titus, Venus, Bilhah, and Juba, four people who were enslaved by Harvard presidents Benjamin Wadsworth and Edward Holyoke in the 1700s. “We have a duty to the past; we have a duty to the fallen; we have a duty to the slave history of Harvard,” said Bish, the son of Jamaican immigrants, about his decision to use his speech to pay tribute to the contributions of enslaved people to the University.

Prior to Harvard, Bish worked as an aide in the U.S. Department of Health & Human Services and the Obama White House, and at Slack as part of its social impact team, helping companies teach incarcerated people how to code. Working in settings as diverse as the White House, American prisons, and Silicon Valley, he often found himself teaching others, which made him realize that he needed to learn more. “At the Ed School, I learned critical a vocabulary and many things that would have made my work in the various arenas I have been in more rich and more efficacious,” said Bish.

Along with 12 other students, one from each master’s program, Bish received the 2021 HGSE Intellectual Contribution Award.

In his speech, Bish also plans to call on his peers to use the Harvard degree and the privilege that comes with it to help bring dignity to people’s lives.

“I don’t think a Harvard degree is just so that the fruits of your labor are just for you,” said Bish. “I think we should have active conversations about how we can have an eye on the most vulnerable and how can we use the unique powers of this degree to make their worlds more equitable. How can we use this degree almost like a fulcrum or a crowbar to open doors that are otherwise closed to people who look like myself — or to people of Indigenous ancestries, to people who are marginalized? That’s what this degree can do.”