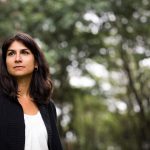 Conference organizer discusses why interdisciplinary approach is important, her own reconciliation with her faith

Preventing and healing child abuse involves more than medical care or social work. For many, particularly those whose abuse involved religious figures, it must incorporate faith as well. “Faith and Flourishing: Strategies for Preventing and Healing Child Sexual Abuse,” an online symposium on April 8, will bring together survivors, public health experts, and religious leaders from various traditions to explore best practices for confronting and ending such abuse as well as promoting recovery. The event, on the occasion of World Day for Child Sexual Abuse Prevention, Healing, and Justice, will feature the Rev. Dr. Denis Mukwege, the 2018 Nobel Peace Prize laureate, and is co-sponsored by the Harvard Divinity School, the Harvard T.H. Chan School of Public Health, the World Council of Churches, the United Nations, and the Vatican, among others. Jennifer S. Wortham, executive director of the initiative on health, religion, and spirituality, spearheaded the conference and recently spoke with the Gazette about reconciling with her faith and the importance of an interdisciplinary approach.

GAZETTE:  Your 2018 book, “A Letter to the Pope,” recounts not only your brothers’ experience of abuse by your parish priest but also your own return to Catholicism, which culminated in an encounter with Pope Francis. How did that come about?

WORTHAM:  I was going through a difficult time in my personal life, and I wanted to get closer to my [late] grandmother and went to church to pray and just talk to her. And while I was there, I just had a very enlightening experience and felt this overwhelming sense of gratitude and forgave the Church.

GAZETTE:  This despite your brothers’ experience?

WORTHAM:  Early in Pope Francis’ tenure he talked about this issue, about needing to repair the church, and it really stuck with me. I saw that he really wanted to change things, and I wanted to come back. I forgave the church.

GAZETTE:  This started you on a journey that, at one point, had you considering becoming a nun?

WORTHAM:  I’d sent an application to the Sisters of Mercy. I’d just turned 50, and I got a reply that I was too old for their order. They said, “Well, you can join an order for older women, if you want,” and that just didn’t sound right. I still had a lot of advocacy work left in me. I had a doctorate in public health, so I just started exploring different ways that I could use my calling.

GAZETTE:  This involved you traveling to the Vatican to meet Pope Francis in 2016. What happened next?

WORTHAM:  When I got back home, I thought about it for a few months. I thought there’s something more I’m supposed to do. I prayed about it and realized what we’re supposed to do: Establish a day of reconciliation for all victims of abuse.

GAZETTE:  You co-organized this symposium with Brendan Case, associate director of research at the Human Flourishing Program at Harvard’s Institute for Quantitative Social Science. How did your work with the program come about?

WORTHAM:  I applied [to be a research associate] in April, to better understand the impact of religion and spirituality on health outcomes. During my onboarding, our director of empirical research, Matt Lee, mentioned his course in conflict, justice, and healing. He said he was looking for a few projects for the students to work on during the fall term, and I said, “I’m working on a project for prevention, healing, and justice for child sexual-abuse victims. Would this qualify?” He really embraced the project and became a co-founder of the movement. A few weeks later, I mentioned the project to Tyler J. VanderWeele [program director and John L. Loeb and Frances Lehman Loeb Professor of Epidemiology at the T.H. Chan School]. I said, “Can we do a symposium? I believe we — Harvard ­could be a driving force in bringing faith and public health leaders together to work on CSA healing and prevention.” He agreed, and off we went. To date we have nearly 800 participants, 60 speakers, and 40 internationally renowned faith-based organizations and NGOs sponsoring the event. 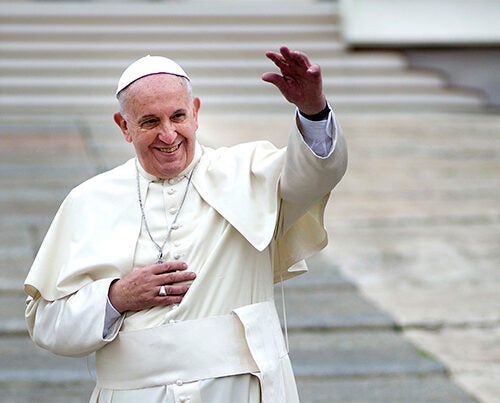 Slowly, shifts at the Vatican

Analysts see a moderation in tone and direction under Pope Francis, but dogma is something else

GAZETTE:  What are your goals?

WORTHAM:  We’re focused on prevention. That’s a big part of it, and then the other thing that we can do is discuss how faith leaders and the public health community can support healing and justice.

GAZETTE:  The symposium will bring together public health experts and religious figures, but you are inviting the public to participate as well?

WORTHAM:  We’re asking people to join us in live discussion groups and share their views. I’m hoping to cross-pollinate because public health in general does not integrate a lot of religious work into its practice. But so much of what is going on in the community involves the spiritual life. It’s an attempt to try to start building those bridges.

WORTHAM:  The beauty of Harvard is that everybody sees it as a neutral place, a convener. We really want to continue to foster community and faith engagement around this issue, but then broaden it to other public health issues, overall child and domestic abuse. It’s opening the door for that dialogue and all these relationships to bring people together, and what I’m seeing is that nobody can do it like Harvard.

Interview was lighted edited for clarity and length.