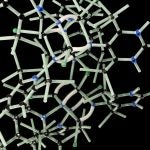 A collection of stories and essays that illustrate the indelible mark left on our community by a pandemic that touched all our lives.

I remember thinking, “I guess I’m having the full COVID-19 experience,” though I knew immediately it wasn’t true. Having the full experience would mean switching places with the frail woman before me. It would mean my eyes were the ones that were closed, my breath silent and shallow.

But I also knew she wouldn’t want it that way. My mother, Alynne Martelle, was protective like that.

It was April 2020, and I was sitting in a Connecticut nursing home across the bed from my sister Kelly San Martin. I wasn’t thinking about how outlandishly I was dressed, but each glance across the bed provided a reminder. We were both wearing thin, disposable yellow gowns and too-big rubber gloves, with surgical masks covering our noses and mouths. We were each hoping the protection would be enough, but at that point in the pandemic’s first spring surge, nothing seemed certain.

Earlier that day — a Friday — I had been working from home and heard from my sister that my mom, 80 and diagnosed with COVID-19, had taken a turn for the worse. I called the nursing home where she’d lived for nearly five years, and the nurse said to come right away. So I told my editors at the Gazette what was going on, got in the car, and headed down the Pike.

I had a couple of hours to think during the drive. As a science writer for the Gazette, I routinely monitor disease outbreaks around the world — SARS, H1N1, seasonal flu — and discuss them with experts at the University. My hope is to lend perspective for readers on news that can seem too distant to be threatening — yet to which they might want to pay attention— or things that seem threateningly close, but in fact are rare enough that the screaming headlines may not be warranted.

“I suspect that a nursing home isn’t part of anyone’s plan for their final years, and it certainly wasn’t for my mother.“
— Alvin Powell

There were two times during my coverage of the pandemic that I felt an almost physical sensation — that pit-of-the-stomach feeling of shock or fear. The first was when Marc Lipsitch, an epidemiologist and head of the Harvard Chan School’s Center for Communicable Disease Dynamics, said early on that, unlike its recent predecessors SARS and MERS, which got people very sick, this virus also caused a lot of mild or asymptomatic cases. As that news sank in, I realized how difficult the future might become: How can you stop something before you know it’s there?

The second time I had that feeling was just a few weeks later. Through February 2020, the number of cases in the U.S. and globally had continued to grow, and it became clear that a major public health emergency was underway. Harvard’s experts, among many others, were offering a way forward, and I was writing regularly about the pandemic, about the new-to-me concept of “social distancing” and the importance of using masks to reduce spread — even as faculty members at our hospitals were also warning of shortages of personal protective equipment, or PPE — another term now embedded in our daily language. That was when President Donald Trump used the word “hoax” in discussing the pandemic. When I read that I thought, “This could get a lot worse.”

More in this series 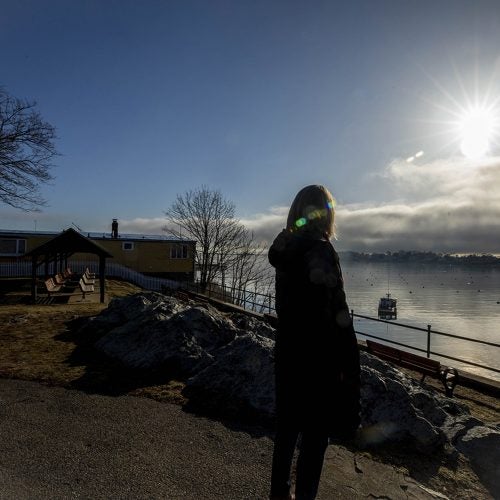 A table set for two

It was crackers and Scrabble at the cottage and, later, dinnertime jokes at the care unit 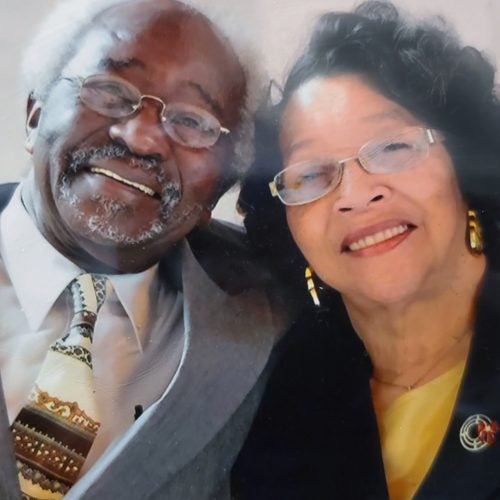 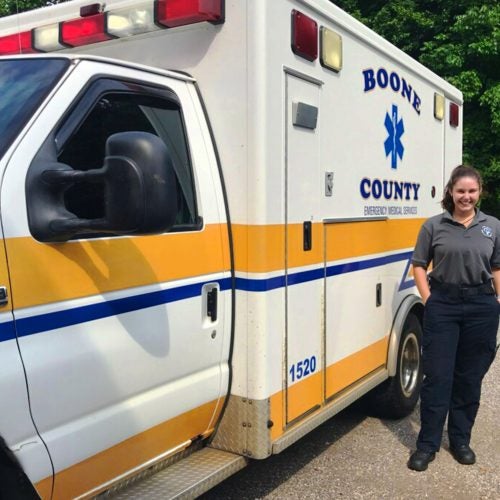 Pandemic from the rear-view mirror of an ambulance 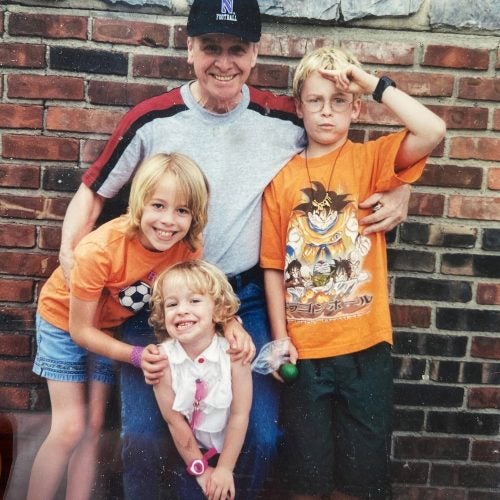 By the third week in April, it had. Then, of course, the winter’s much larger surge was still just a vague threat and 100,000 deaths nationally from COVID-19 would soon warrant front-page treatment in The New York Times. Nursing homes — which concentrated society’s frail and elderly — had been hit hard early, as protective measures were being worked out and individual habits — life-saving ones — were still being ingrained.

I suspect that a nursing home isn’t part of anyone’s plan for their final years, and it certainly wasn’t for my mother. She was born in Hartford, poor and proudly Irish. She was artistic, eccentric, and joked later in life that if she hyphenated all her last names, she’d be Alynne Cummings-Powell-Martelle-Martelle-Herzberger-Harripersaud. Though she was tough on her husbands, she was easy on her kids. Despite the roiling of her married life, our home in the Hartford suburbs was mostly stable. That was largely due to the stick-to-it-iveness of my stepfather Sal — the two Martelles in there — and the fact that her four kids never doubted that she loved them.

She traveled even more than she married, preferring out-of-the-way places and bringing home images of the people who lived there. Among her destinations, she spent a summer in Calcutta volunteering at one of Mother Teresa’s orphanages and, on her return, she struck up a correspondence with the future saint.

Mom’s later years were difficult. Her mental decline had her moving from independent to assisted living and then to round-the-clock care. In the last year, her physical health and mobility had declined as well. When my mother spiked a fever in April, my siblings and I assumed it was COVID. It took the doctors some time to work through the possibilities, but they eventually got there, too. They and the nurses reminded us that it was not universally fatal, but nonetheless asked whether she had a living will. She did, and wanted no extraordinary measures taken.

Though many hospitals and nursing homes weren’t allowing visitors, the home where my mother stayed would let us in. Several family members had converged on the parking lot there, and we had a robust discussion of how safe it would be to go inside. My mother’s room was on the first floor, and some family members peered through its sliding glass door. My sister and I decided it was worth the risk to sit with Mom during her final hours, as she would have if indeed our places had been reversed.

On that Friday when Kelly and I entered the lobby, the facility appeared to be taking necessary precautions. In addition to providing PPE, they questioned us about our health and took our temperatures before letting us farther into the building. The main thing I was uneasy about was the use of surgical masks rather than N95 respirators. The N95s, I thought, would provide a level of protection commensurate with sitting in a place where we knew the virus was circulating.

On the second day, two friends teamed up to get us the N95s one had stockpiled during the 2009 H1N1 epidemic. We met in the parking lot for the handover — accomplished with profuse thanks and at a safe distance. The masks eased my mind. The key to weathering the pandemic came not from hiding away, but from a clear-eyed assessment of risks and having a plan to manage them. I had also learned during months of covering the pandemic that even measures inadequate on their own could be powerful when layered over one another. So, though it now seems like overkill, after doffing all the protective gear on the way out, we also changed into clean clothes in the chilly April parking lot, our modesty shielded by open car doors. We stowed the dirty clothes in plastic bags in the trunk and made liberal use of the giant bottle of hand sanitizer Kelly had brought.

The result was that my sister and I were able to sit with my mom for several hours over the weekend. She was mostly asleep or unconscious but roused herself, seeming to rise from a place deep inside, to rasp out that she loved us. Then she retreated inward again.

Mom died the following Monday, and I went into home quarantine for two weeks, breaking it once to head back down the Pike to make arrangements with a completely overwhelmed funeral home. She had wanted to be cremated, but the crematorium was also backed up, so they refrigerated her body for several days until they could get to her. Afterward, my brother, Joe Martelle, picked up her remains and brought her home to await her burial.

But we delayed too. We put off her funeral until the family could gather for the bash she wanted as a farewell — she’d picked out the music and assigned tasks to different family members — Joe and I were to build the wooden box for interment. “August,” I initially thought. Then “October.” I was sure about October. My sister in Sacramento, Laura Lynne Powell, had suggested early on we might have to wait for the April anniversary of her death, which at the time seemed ridiculously distant since the pandemic surely would be controlled by then. Now, of course, April’s here and it is still too early for a big gathering.

In the year since my mother died, I’ve been back at work and have continued to learn as much as I can in order to convey our shifting — yet advancing — knowledge to readers. I’ve been repeatedly reminded how far I still am from “the full COVID experience” because the virus seems insatiable and just keeps on taking.

I don’t for a minute think my family is unique in its impacts, but many of those around me have experienced some ugly aspect of it. My son was laid off; my daughter’s 18th birthday, high school graduation, and freshman year in college have been canceled, delayed, or distorted beyond recognition. Two daughters and four grandchildren have been diagnosed with COVID and recovered. In February, four family friends in my Massachusetts town saw the contagion flare through their households, while my own family in Connecticut watched with concern as a loved one became severely ill, later rejoicing at her recovery after treatment with remdesivir.

The pandemic picture seems to have become even muddier lately, devolving into a foot race between vaccines and variants. Through much of March, vaccines seemed sure to win, but warnings from public health officials have become dire of late, warning of too-soon reopenings and the potential for a fourth surge. My stepfather Sal has gotten his second vaccine dose though, so hopefully he, at least, is out of harm’s way. I’m also hearing of friends and family whose first dose appointments are looming. That gives me hope and serves as a reminder that there is one part of “the full COVID experience” I’m looking forward to: its end.