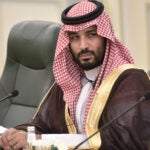 New standards prioritizes depth of knowledge over quantity of facts

State standards for civics education in the U.S. usually require that K-12 students learn hard dates and facts, like the events of Shays’ Rebellion or the details of the Stamp Act.

A group of scholars and educators wants to change that approach by prioritizing knowledge over the number of facts, and asking “driving questions” that integrate information, conceptual reasoning, and critical inquiry. In a report released today, “A Roadmap to Educating for American Democracy,” researchers at Harvard, Tufts, and other institutions laid out this strategy and other recommendations for a large-scale recommitment to a field that has seen investment decline during the last 50 years to the point where it now attracts just 1/1000 of the money spent on STEM subjects.

“We pose thematic questions that come from history and civics. The two are integrated and complementary, and they both need to be addressed,” said Peter Levine, a professor of citizenship and public affairs at Tufts University and a member of the project’s executive committee, during a conference call with the media last Thursday. “For example, what were the experiences with the British government of British colonists of indigenous Americans, of enslaved Americans, and of indentured Americans? That’s a much deeper, richer, question.”

This educational shift from “breadth to depth” is one of several plans laid out in the report, developed as a roadmap to reconsider and support civics and history education at the K-12 level. As part of an interdisciplinary and cross-ideological mission, the researchers consulted with more than 300 scholars in history, political science, and education, as well as teachers, education administrators, civics providers, students, and policymakers.

The roadmap is “unprecedented in its scale, in terms of the number and diversity of people who have been brought together … with the goal of developing a strategy to provide excellence in history and civic education for all students,” said Danielle Allen, James Bryant Conant University Professor, director of the Edmond J. Safra Center for Ethics, and a corresponding principal investigator on the report. Other members of the leadership team included Jane Kamensky, Jonathan Trumbull Professor of American History and Pforzheimer Foundation Director of the Schlesinger Library on the History of Women in America at the Harvard Radcliffe Institute, as well as colleagues from Tufts University, Arizona State University, iCivics, and more.

The researchers saw an urgent need for their work amid ongoing diminishing investments in the field at the national, state, and local levels, combined with growing polarization in American political culture.

“The country is very divided [and] we know from repeated high-quality surveys and studies that there’s widespread loss of confidence in our very form of government, in the American civic order. America, we think, is in this bad place in part because the American education system — not only in schools, but in higher education — has neglected the teaching of civics and American history,” said Paul Carrese, a principal investigator and founding director at the School of Civic and Economic Thought and Leadership at Arizona State University.

Compared with STEM education, which is funded at a rate of $50 per student per year in the U.S., civics and history education are funded at a rate of just 5 cents per student per year, and “as a consequence, we now have a citizenry and an electorate that is poorly prepared to understand our form of government and civic life, and to appreciate it and actually use it to be informed and engaged citizens,” he said.

“… what were the experiences with the British government of British colonists of indigenous Americans, of enslaved Americans, and of indentured Americans? That’s a much deeper, richer, question.”
— Peter Levine, Tufts University

The report was organized around seven essential themes: Civic Participation; Our Changing Landscapes; We the People; A New Government and Constitution; Institutional and Social Transformation — A Series of Reboundings; A People in the World; and A People with Contemporary Debates and Possibilities.

The group explained that these themes provide an intellectual framework for more specific pedagogical activities in the classroom. The report says that the roadmap is not a curriculum or mandate for state standards in education, but rather an ambitious guide for educators, practitioners, and policymakers to change the current approach to civics and history education at every level of government.

“The goal is to tell a full and complete narrative of America’s plural yet shared story. We’re trying to celebrate the compromises needed to make our constitutional democracy work, [and] cultivate civic honesty and patriotism, while leaving space both to love and critique this country,” said Allen.

Equally important to the style of civic inquiry is the content, and the researchers emphasized the need to weave diversity and plurality into all aspects of civics and history education, inspired by methods common in university-level civics education but not fully integrated into K-12 models. They also stressed the importance of interpersonal civic engagement and disagreement while also emphasizing civic virtues of respect, honesty, and “moving forward together,” which has become more urgent in an age of growing misinformation online.

“All of us, young people and adults, now need both digital literacy and digital mastery — strong understanding of how to sort material found online,” said Allen. Strong civics education, she added, should teach students “how to read laterally and check the sourcing of information, and how to understand the perspectives framing the provision of information and argument as well as competencies in contributing to the public sphere productively through our own use of digital tools.”

The group also published five “design challenges” articulating the structural and content dilemmas that educators may face when following the roadmap, such as simultaneously teaching the “dangers and values” of compromise in self-governance and supporting responsible student civic action.

“These are the rich, complex challenges that confront educators at all levels in civics,” said Levine. “What we do is name them and make them explicit, so that the whole community can work on them over time.”

The report marks a first milestone in a multiyear implementation plan, which the researchers want to achieve by 2030. In the coming decade, they propose three goals: to provide access to high-quality civic education to 60 million students (roughly the same number of children in U.S. schools now); to make 100,000 schools “civic ready” through resources and learning plans; and to equip 1 million teachers with the tools to implement the roadmap through professional development.

“This is a long-term project to rebuild the heart of excellence in history of civic learning,” said Allen.

The Educating for American Democracy project was funded by the National Endowment for the Humanities and the U.S. Department of Education. Educating for American Democracy was led by the Edmond J. Safra Center for Ethics at Harvard University, the School of Civic and Economic Thought and Leadership at Arizona State University, Tufts University’s Center for Information and Research on Civic Learning and Engagement, the Jonathan M. Tisch College of Civic Life, and iCivics, the country’s largest civic education provider.