The value of the written word 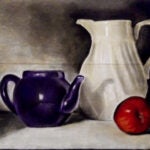 ‘We’re so much more than our day job’

PAF pen pals help first-years fit in — even from afar

A lot of students might think keeping up with their classes as a Harvard College senior is enough work for one semester. But for Frances Hisgen, the first job is to make sure first-year students are informed and supported when making the difficult transition from high school to college.

As an Eagle PAF — a student leader in the Peer Advising Fellow (PAF) program — the Currier House resident is also responsible for the well-being of her fellow PAFs: the sophomores, juniors, and seniors who work with first-years and create a supportive, tight-knit community on campus. And it’s a task that has become even harder during the pandemic.

“Being a PAF isn’t just about being there for first-years; it’s about joining a community yourself and getting to know other PAFs, because we’re whole people with struggles and quirks too,” said Hisgen, who is living in Somerville this semester. “The PAF community is fractured in an interesting way because of the pandemic, not just because of distance, but because it’s hard to have the mental reserves to be an adviser when people are going through so much.”

To provide support and connection to other PAFs and to others on campus, Hisgen decided to create an analog community-building project last fall: a snail-mail program called PAF Pals. She was inspired by New Yorker writer Rachel Syme, the creator of the #Penpalooza pen pal program, which formed at the beginning of the pandemic and now boasts more than 10,000 members.

Using a Google form, Hisgen invited other PAFs to sign up and start sending letters during the fall. About 20 people enrolled and sent an initial letter to their pen pals, and most have carried on a regular correspondence into the spring.

“We’re all holders of institutional memory, especially the junior and senior PAFs, so it’s important to help each other remember what in-person Harvard was like,” said Hisgen, a history concentrator. “Obviously, things like karaoke nights, dinners, and in-person hangouts are not possible, so we decided to harness the virtual connections we do have to try to pair people up who were interested in doing a little bit of old-fashioned, pen-on-paper writing.”

Matt Thomas ’21, a PAF member from Kirkland House, welcomed the chance to change his routine when it came to keeping in touch with his friends. He recalled the jolt of positivity he felt when he wrote his first PAF Pals letter to Jacqueline Tubbs ’22 at the end of the fall semester. He lived off-campus in Cambridge last semester, and Tubbs was in Alabama.

“It was finals time, and they really are a drag, so putting pen to paper and being able to reach out to a friend was a fun change of pace and a way to lose myself for a minute,” said Thomas, a social studies concentrator. Since that first letter, the two have exchanged art, writing, and even some Monopoly money.

The experience inspired Thomas to expand his letter-writing circle.

“I write letters with my mom and dad, and with my girlfriend, and they’re so excited too. My dad said it was the first time someone had written him a letter since the Reagan administration,” said Thomas, who is from Los Angeles.

“The way I talk to my friends and family is often over text messaging, which is so quick. But with a letter, you have the space to reflect and meditate on your own experience and get a deep window into someone else’s as well,” he added. “And how fun is it that you have something to go back to and read anytime you miss them or anytime you’re thinking of them?” 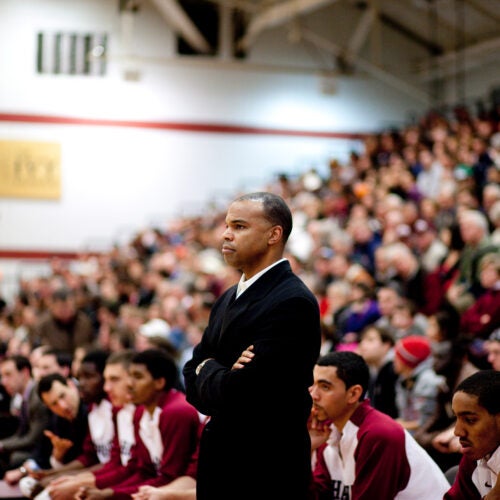 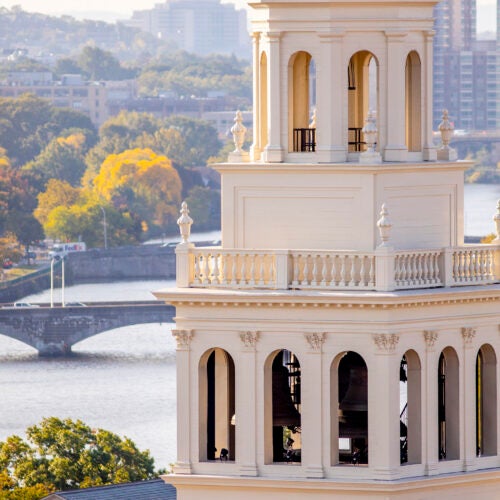 What I miss most about campus since the pandemic…

Recalling the simple ties that bind us to one another, and to a place 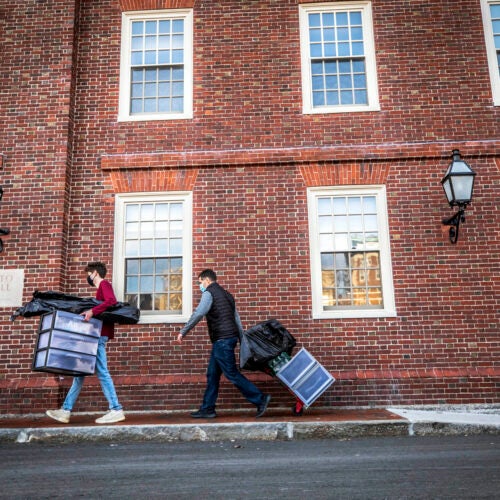 Move-in day, without those hugs

Some College students return to campus for a cautious spring semester