Origins of a storm and the roots of a reckoning 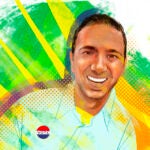 “Unequal” is a multipart series highlighting the work of Harvard faculty, staff, students, alumni, and researchers on issues of race and inequality across the U.S. The second part explores the experience of people of color with democracy in America.

These are challenging times for every person in America. The raging COVID-19 pandemic killed more than half a million Americans in a year; massive economic fallout left businesses nationwide struggling to survive; political strife culminated with a deadly riot inside the U.S. Capitol; and once again, a new generation of Americans must confront the long shadow cast by the country’s history of deeply fraught race relations and entrenched inequality. From last summer’s Black Lives Matter protests — sparked by the high-profile, violent deaths of several Black citizens, including George Floyd at the hands of Minneapolis police — to the recent rise in attacks against people of Asian descent, including a mass murder in Georgia, the U.S. is experiencing something of a stress test, the results of which could determine whether a multiethnic democracy can be sustained.

For perspective on this moment we called upon Lawrence D. Bobo, dean of social science and the W.E.B. Du Bois Professor of the Social Sciences at Harvard University. Bobo sees the roots of the current racial reckoning in the leadership that grew out of the 2014 shooting death of Michael Brown at the hands of police officer Darren Wilson in Ferguson, Missouri.

But the pivotal moment was met with swift pushback from some, as growing political polarization led the national body politic into well-defined camps. Bobo traces the origins of America’s current divide directly back to the 1960s, with the passage of landmark Civil Rights legislation aimed at empowering and protecting the Black vote.

According to Bobo, when toxic, racist perceptions infuse politics and are left unchallenged for years or even decades, they will eventually result in consequences for the country as a whole. A visceral example is the January attack on the Capitol.

This outcome was not surprising to anyone at the Harvard Inequality in America Initiative, an effort led by FAS Dean Claudine Gay to call together faculty interested in studying matters of inequality. While it can be difficult at times to recognize, Bobo is noticing the progress.