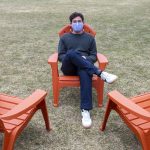 Act aims to help minority-language voters have their voices heard

Growing up as an Indian American in a small town in southeast Michigan, I understood what it was like to be an outsider. As recently as 2020, my hometown made international headlines for all the wrong reasons when two parents clashed during a school meeting focused on racism.

At the same time, I grew up believing that America was the greatest country in the world — a place where my family could pursue their dreams, where my mother could build her own small business from the ground up, and where I could go to good public schools and make it to a place like Harvard.

Over time, I’ve come to realize that the way to reconcile these two ideas — the feeling that America was a beacon of hope for my family, but that I was still treated as an outsider in my own country — is by expanding our notion of what it means to be American. That starts by building a more inclusive democracy and critical to that mission is protecting everyone’s right to vote.

That’s why I joined the Harvard Law School Voting Rights Litigation and Advocacy Clinic, where I worked with the Asian American Legal Defense and Education Fund (AALDEF) to fight for voting rights for Asian Americans who have long been ignored and disenfranchised, but whose voices can make an enormous impact on our democracy.

“… at our best, we’ve recognized that fulfilling America’s promise requires building a democracy that includes all of us.”

The Voting Rights Act (VRA) helps protect Asian American voters in several significant ways. Section 203 of the VRA requires elections officials in some places to translate all voting materials into certain minority languages if there are a sufficient number of citizens who speak the same language and have low English proficiency.

Section 208 of the VRA fills the gap for voters outside these areas by ensuring that those who cannot read or write in English can receive assistance from a person of their choice when casting a ballot. This is particularly important for Asian American voters, who constitute a linguistically diverse and geographically dispersed community, meaning that relatively few parts of the country are actually required to translate voting materials into Asian languages under Section 203.

During my time at AALDEF, through poll monitoring, community engagement, and litigation, I helped ensure that these protections were enforced. But the fight is far from over.

In Hamtramck, Mich., where a large Bangladeshi population is entitled to receive voting information in Bengali, very few voting materials seem to have been translated for the 2020 election. In Georgia, states and counties are passing the buck in an effort to disavow responsibility for translating the state’s voting materials, and a federal court recently ruled that neither has an obligation to do so — potentially leaving thousands of language-minority voters without the protections to which they are entitled under the VRA.

The VRA language-access provisions may seem like menial administrative issues to many, but they are crucial. Understanding how to request a ballot, where to sign a voter registration form, where polling locations are, and how to mark a ballot are all fundamental to voting. For many Asian Americans, language access is the difference between having their voices heard and being excluded from the democratic process.

In light of the rising number of hate crimes against Asian Americans during the COVID-19 pandemic, including the recent mass shooting in Atlanta, AALDEF’s work — including its voting rights work — is more important than ever. Ensuring that Asian American voices are heard in every facet of our democratic system is crucial to overcoming the scourge of bigotry and ensuring accountability for elected officials who promote racist stereotypes about Asians and Asian Americans.

My journey as a voting-rights advocate is just beginning and I plan to continue it starting this year with the fight for fair redistricting maps that will determine representation for the next decade.

My family came to this country, as do so many immigrants, seeking opportunity and the promise of a better life. America doesn’t always live up to that ideal. At its worst, this country has treated those who look different, practice different religions, or speak different languages as outsiders. But at our best, we’ve recognized that fulfilling America’s promise requires building a democracy that includes all of us. As someone who once felt like an outsider, it’s hard to think of anything more important.

About the author
Aaron Mukerjee is a 2016 Harvard College graduate and third-year law student at Harvard Law School. Learn more about the HLS Voting Rights Litigation and Advocacy Clinic at https://hls.harvard.edu/dept/clinical/voting-rights-litigation-clinic/