Celebrating a bicentennial of democracy in its birthplace 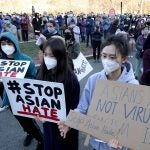 Two hundred years ago today, Greece declared its independence. From the start, Harvard was there, helping both in the fledgling Mediterranean country and back in the United States.

On March 25, 1821, when the War of Independence from the Ottoman Empire is said to have begun, Greece’s battle for self-determination had enormous appeal for the citizens of the still-young republic across the ocean. Noting the origins of America’s own democratic system in the government of ancient Greece, “Many were inspired by classical ideals, by the idea of restoring democracy to its cradle,” explained Stratos Efthymiou, consul general of Greece in Boston.

As adherents of the Romantic movement, for many among these “philhellenes” — friends of Greece — “The main motivation was their emphasis on cultural continuity,” added Panagiotis Roilos, George Seferis Professor of Modern Greek Studies and professor of comparative literature. The philhellenes at Harvard and in Europe saw a through line from Ancient Greece, “hailed as the cradle of Western civilization,” to their contemporary national movement, he said.

Although the United States government hewed to an official policy of nonintervention during the war, concerned citizens engaged. “There were many Americans who were ready to sacrifice their lives, who came and fought for Greece,” said Efthymiou.

Two of the Harvard philhellenes who contributed in substantial, nonviolent ways were Edward Everett and Samuel Gridley Howe. Everett was a classicist who had been named Harvard’s first Eliot Professor of Greek in 1815, at the age of 21. His travels in the Ottoman Empire, where he met such figures as the poet Lord Byron, had made him a committed supporter of the Greek cause. Once war broke out, Everett acted as a spokesperson for the revolution in the U.S., championing Greek independence in an 1823 speech to the Boston Committee for the Relief of the Greeks, which he had founded and which was credited with rallying substantial domestic support. The orator and statesman would later serve as governor, representative, and senator of Massachusetts before becoming president of Harvard from 1846‒1848 — and a lifelong philhellene. “He was a towering intellectual figure of the time,” said Efthymiou.

Howe was a recent graduate of Harvard Medical School when he set sail for Greece. Initially serving as a surgeon, he returned to the U.S. to work in an expanded role. “Samuel Gridley Howe not only raised funds, he helped put that aid to use, building Greece’s first military hospital,” said Efthymiou, who was a 2019 Weatherhead Fellow. Ultimately, Howe would raise money to provision eight ships bearing humanitarian aid.

“The Romantic ideals of the movement would also continue to shape his life, as he and his wife, Julia Ward Howe, went on to champion progressive causes, including abolition and women’s suffrage,” said Elaine Papoulias, executive director of the Minda de Gunzburg Center for European Studies (CES). “Moreover, the Greek Revolution had a huge impact on Europe. It demonstrated the power of nationalism and pulled Europe away from the model of autocratically ruled empires to the model of self-determining nation states.”

The Greek revolution would have global repercussions as well. “The first successful national liberal movement in the region,” according to Nicolas Prevelakis, assistant director of curricular development at the Center for Hellenic Studies and a lecturer on social studies, the war resulted in in “a gradual change of worldview in the international community.”

“This was the dismantlement of an empire and its replacement by an independent nation-state,” said Prevelakis, a seminar co-chair at CES. “We say it was both revolution and an independence movement, in the sense that it was predicated on liberal democratic principles.”

The repercussions can still be felt today, as Greece celebrates its bicentennial under the leadership of Prime Minister Kyriakos Mitsotakis ’90, M.B.A. ’95. “Thinking about what happened in 1821 with Greece and why it was important for the United States is a way to get back to the question of what was the connection between the United States and the ancient Greek heritage,” said Prevelakis. “It informs a global discussion about the role of the humanities, the role of the classical past. We’re rethinking that classical heritage. What does it mean in today in a world where we’re thinking about issues of diversity inclusion, and belonging?

The Greek Consul General will host a series of events today, including a salute to these Harvard heroes, at Mount Auburn Cemetery. The commonwealth of Massachusetts will also illuminate five bridges, including the Longfellow and Zakim, with blue lights, in honor of the date.