Amid pandemic tragedy, an opportunity for change? 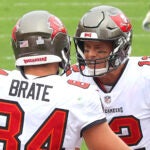 Being in the Super Bowl — and with your football heroes

With almost 11 million cases and more than 150,000 deaths, India is among the nations hardest-hit by the coronavirus pandemic. The Asian giant has also taken an economic hit, its gross domestic product expected to shrink 8 percent this year.

The figures have starkly highlighted the connection between a nation’s physical and economic health, and the Harvard chairs of a new panel seeking to overhaul and improve health care in India say today’s difficult times create a moment of opportunity because people who often tune each other out are now listening.

“For the first time the connection between health and economic outcomes has become transparent,” said Tarun Khanna, director of Harvard’s Lakshmi Mittal and Family South Asia Institute and one of four co-chairs of a new Lancet Citizens’ Commission to study how to bring universal health care to India. “The morality of universal health care has always been a driver of this urgency, but that’s not the new thing here. Rather, for the first time in 30 years GDP is expected to fall in response to a health crisis.”

The 21-member commission is a joint effort between The Lancet medical journal and Mittal Institute. The panel is chaired by Khanna; Vikram Patel, the Pershing Square Professor of Global Health at Harvard Medical School; Professor Gagandeep Kang, vaccine researcher at Christian Medical College in Vellore, India; and Kiran Mazumdar-Shaw, executive chairperson of Indian biotech company Biocon Ltd and one of India’s top businesspeople. S.V. Subramanian, professor of population health and geography at the Harvard T.H. Chan School of Public Health, is a member of the commission.

The group’s charge is to report by August 2022 how India can achieve universal health care within a decade. The Mittal Institute is encouraging participation by the Harvard community and sponsoring an online panel discussion on Monday to introduce the effort.

Patel and Khanna said the commission has a challenging road ahead, one that has proven too difficult for an array of efforts studying the same question in the decades since India became independent in 1947.

Most of the nation’s 1.4 billion residents (a population second only to China) view the current publicly-funded system as so bad that even the poorest Indians would rather pay out-of-pocket for care in a network of private providers, itself sometimes seen as uncaring and untrustworthy. The end result is that more than 60 percent of Indian health care is paid for out-of-pocket, and a sudden illness can mean financial ruin for millions. Only the wealthy can afford regular, high-quality care.

“Today, India’s health care system is routinely ranked as one of the worst in the world,” Patel said. “A few get expensive, world-class care, while a large part of the population doesn’t even get basic quality care.”

Where the current commission differs from prior efforts is that it is based on a consultative effort to seek input from an array of stakeholders, including representatives of the private health care sector, providers of traditional medicine, physicians, community health workers, and citizens from diverse communities across the country.

“It genuinely is a cross-section of society,” said Khanna, HBS’ Jorge Paulo Lemann Professor. “That makes consultation more complex, but the potential for achievement is large.”

The eventual report will focus on the “architecture” of a new system, according to an article by the initiative’s co-chairs and commissioners in The Lancet in December. It will include ways to provide preventive care for physical and mental health, offer financial protection for all health care costs, not just hospitalization, and ensure access to the same quality of care for all.

“We aspire for a health care system in which most people do not pay out-of-pocket for most health care needs,” Patel said. “The last thing a sick person needs is to have their care calibrated by how much they can afford to pay or to be impoverished by their medical bills.”

Resources are always a key issue in consideration of universal health care and India — whose proportion of GDP spent on health care is low compared with other middle-income countries — will likely have to spend more, Khanna said. But he also said that significant low-cost steps probably could be taken early in the process.

“I think we can improve outcomes with existing resources being better managed,” Khanna said. “We can get some victories in the next two to three years through optimization of existing structures.”