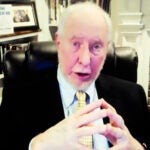 Romance is never just romance for Marya T. Mtshali. The lecturer on studies of women, gender, and sexuality teaches the undergraduate course “Interracial Intimacy: Sex, Race, and Romance in the U.S.,” and her current research uses an intersectional lens to examine the ways interracial couples navigate social norms and issues. Mtshali spoke to the Gazette about the long history of American fears of racial mixing, the importance of decentering whiteness in discussions of race and relationships, and why we should value love as a scholarly subject.

GAZETTE:  What are some of the themes you cover in the course?

MTSHALI:  The history around interracial relations in the United States is amazingly rich, and fears around race mixing and miscegenation have been used for preventing the end of American slavery to resisting the integration of schools and neighborhoods. We start the course with the Age of Discovery, and the ways in which Europeans came in contact with Indigenous peoples, and Indigenous women specifically — how the idea of accessing and conquering these women’s bodies paralleled the conquering of Turtle Island [North America]. Then we get into scientific racism and eugenics. We also talk about the different types of interracial intimate relations that occurred during times of slavery. “Relations” is an intentional term, because in the United States some of the interracial intimate sexual relations were consensual, some were coercive, and some were forced. Later in the 20th century, we cover the story of Loving v. Virginia in 1967, which struck down restrictions on interracial marriages, and the impact that this has had on the frequency, visibility, and perception of interracial relationships.

GAZETTE:  What are some of the contemporary cases you look at?

GAZETTE:  Are there some misconceptions or assumptions that students have going into the course? How do you address some of the taboos that surround these issues?

MTSHALI:  I get some students who are still surprised with how controversial these relationships still are. I also find it interesting that white students in my class often don’t know about the very different dynamics involved in interracial relationships for communities of color. There are a couple of things that I found to be helpful in teaching taboo subjects, and it comes down to the culture of the classroom, and how I scaffold the material for students. Especially with Harvard students, there is sometimes a bit of a fear of saying the wrong thing. In the classroom, and especially in the first few weeks, I use humor to create a comfortable, safe space. We also talk about what goes on at Harvard and ask: How are the things we see on campus representative of what we see throughout the United States and how are they different? Students really enjoy that activity. It’s also been particularly rewarding to see students who haven’t understood certain things they’ve heard, or certain things they’ve experienced, and then actually [gain] the vocabulary to understand, from a sociological perspective, what that experience was really about.

“I get some students who are still surprised with how controversial these relationships still are.”
— Marya T. Mtshali

GAZETTE:  Can you tell us about your own scholarly research on how interracial couples navigate race in their relationships with each other and with the world?

MTSHALI:  One of the implicit understandings that we tend to have in our society is that interracial couples transcend race or are above race. We, as a society, want to think that solving racism is really easy, because we don’t want to actually have to do the emotional, intellectual, and grueling work that will take to actually dismantle racism.

In my work, which is interview-based and focused on heterosexual couples in interracial relationships, I show that these couples still have to contend with racism or with race because they’re socialized in this country. They come into relationships with certain ideas around race, and how certain people of certain races interact with others. Some couples rarely talk about race, and some talk about it a lot. Sometimes talking about race a lot may mean conflict, and in other cases it may mean eventually being on the same page in a positive way.

We have had more of an awakening over the last few years about how much work we still have left to do in regard to dismantling racism in America, and I think there’s something that can be gained from looking at these couples who have to wrestle with this concept of interracial intimacy and building a life in a country that is still racially segregated in many ways.

GAZETTE:  Have there been any surprises in the course of your research?

MTSHALI:  I did a lot of my data collection around the time when more attention was being given in the news to police brutality toward Black people, and particularly Black men. This was a topic of conversation amongst quite a few these couples, and it enabled them to give me many different examples of some of the things that they were talking about and dealing with and how they were approaching it. What I found were conversations where, usually, a Black partner was trying to educate or share information about racism with their white partner. I could see the different strategies and tactics that they used to go about this, and how they were trying to communicate.

Another very interesting finding was the generational difference between older and younger couples. Older couples were not a huge portion of my sample, but many of them felt that because they were of different races, there was no way they could actually understand or have the same perspective about race in America. That is likely reflective of the time period in which they were brought up. Younger couples tended to have a different approach, that their races were not a barrier to understanding racism in America. Often that meant more conversations about it or attempts to try to come to some type of common understanding about race.

GAZETTE:  What are some lessons you’ve learned from doing this work?

MTSHALI:  The “love is love” phrase is overused, but love is very important, and it can be undervalued in our fast-paced, consumerist, capitalist society. I think it’s wonderful to see people — in a society that is still quite racially segregated — who are still able to meet, connect, fall in love, and build a life together.