When it’s time to jump into the deep end 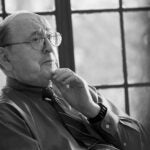 Amid pandemic with a load of 7 classes, Michael Cheng decided he needed to teach himself to swim

The lifeguard on the edge of the pool looked worried.

Michael Cheng was splashing and flailing about, struggling to keep his head above water. He hadn’t been in a pool in years, which was fine because he didn’t know how to swim anyway. But he gamely, gradually made his way down a 25-yard lane at the Malkin Athletic Center (MAC) with a makeshift doggy paddle. By the time he reached the end, he was exhausted. His heart was pounding.

“I just did what I could instinctively do,” he said. “It was honestly one of the scariest moments of my life.”

Cheng, a junior in Quincy House concentrating in history and mathematics, was in the walk-on program for the Harvard lightweight crew team. But to officially join the team and take a boat on the Charles River, he needed to pass a swimming test. So he decided to just jump into the deep end, physically and metaphorically, a move that turned out to prove oddly comforting in a world unmoored by COVID-19.

Cheng had set a deadline for himself: a few days before Thanksgiving, when facilities would begin shutting down through winter break and perhaps even stay closed. He had to teach himself because, due to COVID restrictions, the MAC was no longer offering swim lessons.

Additionally, Cheng was in deep with his academic load, taking seven courses, including two graduate-level classes, and attending socially distanced rowing practices for up to two hours per day.

At any event, swimming, so far, was off to a rough start.

After he got to the end, the lifeguard sidled over and politely hinted he might try the smaller, shallower pool. There, Cheng spent the rest of the hour he’d reserved trying to get used to being in the water and wondering how he would become a skilled enough to pass the test. He would need to be able to jump or dive into deep water, surface, and swim 100 yards while demonstrating rhythmic breathing, and then tread water for two minutes. Most importantly, the swimmer must demonstrate not just competence but confidence in the water.

Cheng possessed neither, but that didn’t discourage him. He saw the challenge as another opportunity to get comfortable with the uncomfortable. And that was an ability in which he had confidence.

“I’ve learned that it’s precisely in uncomfortable spaces where you grow the most,” he said.

The son of Chinese immigrants, Cheng felt out of place when he arrived at Harvard two years ago from Pennsylvania. He found the social and academic environment overwhelming and self-doubt engulfed him. “I felt very fortunate, but I’m the first person in my entire family to go to an institution like this,” Cheng said. “My first year was very shaky. I just didn’t feel like I belonged here.”

Cheng shed that self-doubt by immersing himself in the opportunities and resources around him, including academic coaching, travel abroad, internships, and House life.

He traveled to about a dozen different countries pre-COVID, including spending a summer in Buenos Aires interning for the ministry of urban development, and doing solar panel research in Taiwan last January. He discovered special interests in history, computer science and, this past semester, genetics.

Among the seven classes he took in the fall, which included graduate classes in computer science and modern Asian history, was one on ancient human DNA taught by David Reich. This spring Cheng will work as an undergraduate researcher in Reich’s lab.

“He not only was an active participant in the class but also attended my [virtual] office hours almost every week,” said Reich, a professor of genetics at Harvard Medical School and professor of human evolutionary biology at the Faculty of Arts and Sciences. “What I find so striking about Michael is his wide-ranging mind and curiosity about topics ranging from history to philosophy to sociology and biology.”

“With the online semester, [swimming] was something that was special every day, that I looked forward to. … A lot of it was just about giving myself permission to go for it.”
— Michael Cheng

Cheng’s academic coach at the Academic Resource Center also found his all-in effort in everything he does exceptional.

“Within the Harvard community, a lot of folks are good at something and we, kind of, stick to that thing,” said Sadé Abraham, M.Ed, A.M. ’18. “Michael’s accomplishments are a testament to how we can pivot, reframe, and still find joy amid the many challenges of this time.”

It was that same confidence in unfamiliar endeavors that made Cheng do a double-take when a friend, Samuel Detmer ’20, introduced him to the rowing machine at the Quincy House gym last spring (just before the campus evacuation). Detmer suggested he try out for the team in the fall, and Cheng found himself in the pool when he returned to campus in September.

At the end of that first day, the aquatics director at the MAC, Colleen Cleary, emailed him a series of swimming tutorial videos and Cheng did some of his own research. He studied the material religiously in his room, breaking down the movements in the video frame-by-frame and mimicking the strokes. He read books on swimming like “Total Immersion” and spent minutes just imagining being in the water.

Every morning at 7, he could be found in the small pool for an hour, practicing what he saw or read. The lifeguards offered pointers when they could. He tried the breaststroke, but couldn’t figure it out so he switched to freestyle.

“The first three to four weeks, I literally had nothing resembling an actual swim stroke,” Cheng said.

By late October, something clicked. He could swim across the small pool (about 10 yards) without stopping and soon after he was doing laps.

The lifeguards, witnessing his transformation into a swimmer while dealing with the difficulties of operating under COVID restrictions, took note of his progress and found themselves rooting for his success.

“Watching his journey of self-teach swimming made the strangeness and the frustration of ‘We’re operating in such a limited capacity [and] these hours are really difficult’ worth it,” Cleary said. “Just to watch that little success story happen … it was just a nice silver lining.”

They let Cheng know when he was finally really ready for the bigger pool.

“I was almost as scared as that first day,” Cheng said. “But then I swam one lap, took a little break and swam another lap and then another.”

The rest happened fast. Less than two weeks from Thanksgiving, he learned to tread water and kept refining his stroke and gaining confidence. A few days before the holiday, he took the test and passed. He learned he made the lightweight crew team around that same time.

“It was really personally meaningful,” Cheng said. “It just validated coming in basically every day for an uncertain goal without that much guidance.”

And in a semester defined by COVID, the experience in the pool provided him an unexpected anchor.

“With the online semester, it was something that was special every day, that I looked forward to,” Cheng said. “It’s small but the fact that I was able to do it does make me believe that I can get through and do anything, and that’s the message of last semester for me — whether it’s writing a 30-page paper or getting involved with ancient DNA research, or taking graduate classes, or just being able to pick up rowing.

“A lot of it was just about giving myself permission to go for it.”