An overhaul for justice 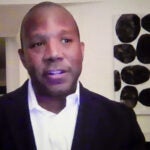 But how do you translate an appetite for change into reality?

To anyone reading the headlines, it’s clear there are serious problems with our criminal justice system, but to people trapped within it, the harms run deeper than the headlines can convey.

I saw this every day when I worked for the New York City Department of Correction on Rikers Island, creating employment and reentry programming for young adults. From the overly wide net law enforcement casts in Black and Latinx neighborhoods to the lack of comprehensive support available to people upon release, every stage of the criminal justice system is more harmful to people of color and those without access to wealth. Watching the students in my programs cycle in and out of the jails, I witnessed the incredibly high cost paid by the justice-involved, their families, and their communities for these systemic failings.

We know what some of the solutions are: connect people to resources that address their underlying needs instead of locking them up; allow those who can’t afford bail to return to their families and jobs instead of awaiting trial in jail; dispatch trained professionals like social workers to appropriate 911 calls instead of police officers. But what’s not always clear is the how. How can under-resourced governments shift to these new systems — and how can they demonstrate that reforms are resulting in better and more just outcomes?

I wanted to understand not only what changes we needed to make, but how we were going to make those changes a reality. That’s what led me to the Harvard Kennedy School’s Government Performance Lab (GPL). Our goal is to speed up progress against problems by innovating around the how. To do this, we embed teams with local governments to provide technical assistance, collaborating closely to test solutions that allow governments to transform their social service systems.

I’m leading a team in Harris County, Texas, that was formed after county leaders reached out to the GPL requesting support for their criminal justice reform projects, including helping manage the response to the ODonnell federal consent decree mandating an overhaul of its bail practices.

“There’s no system too big to reimagine — not even the criminal justice system.”

In 2016, Maranda ODonnell was arrested in Harris County for driving with an invalid license and held in jail pretrial because she couldn’t afford her $2,500 bail. Like thousands of other people in the country, arrest swept ODonnell through the front doors of the system and into wealth-based incarceration. The impact of being jailed before trial can be lasting and severe: in addition to job loss, disruption in benefits like health insurance, and debt creation from being unable to work, it also increases your chances of pleading guilty and receiving a harsher sentence. Because low-income people and people of color are arrested and jailed at disproportionate rates, the consequences are felt even more deeply in these communities.

My team and I are supporting Harris County government leaders as they take bold steps to make changes to their pretrial justice system: improving bail practices, enhancing early diversion and pretrial supervision, and exploring new ways to approach crisis response and alternatives to policing. Today, the majority of people in Harris County arrested on a misdemeanor charge are set free with a reminder to come back to court — no cash bail is required to get out — and people working in the criminal justice system are trained on both the impact of cash bail and how to identify supports for people who need help getting back to court.

While there is more work to be done, these reforms are working: the system is decreasing the wealth-based detention of poor people and shrinking the racial disparities in who gets released, all without a subsequent increase in crime.

But our work in Harris County and with other jurisdictions across the country is not just about implementing changes to improve the criminal justice system in that particular city, county, or state. It’s about testing and capturing innovations to shift from automatic punishment, which we know can magnify economic inequities and compound the effects of systemic racism, to community-based solutions that enable people to thrive. It’s about creating a roadmap that other governments can use to make their own systems more just. It’s about realizing there’s no system too big to reimagine — not even the criminal justice system.

About the author
Ana Billingsley is an assistant director with the Government Performance Lab at the Harvard Kennedy School. Learn more about GPL’s work at https://govlab.hks.harvard.edu/