How Trump illustrated the need for more curbs on presidential power 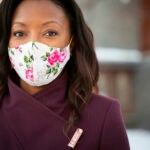 As the trial of Donald Trump takes place in the Senate on charges of inciting the Jan. 6 assault on the Capitol, renowned journalist Bob Woodward wondered during a Harvard Law School-sponsored webinar on Wednesday whether Trump also could have been impeached for his role in the COVID-19 crisis.

Woodward recalled that Trump was warned on Jan. 28, 2020, about the deadliness of the virus in an Oval Office meeting with national security advisers. The Pulitzer Prize-winner, who has written books on the last nine U.S. presidents, including two on Trump, described the meeting in “Rage,” his most recent book, based on 18 recorded interviews with the former president.

“When the history books are written about the Trump presidency, they’re going to look specifically at the handling of COVID-19,” said Woodward during the online discussion “Presidential Accountability Reform.” “I think you could argue he should be impeached for the handling of the virus. The virus is the calamity. This is a unique collapse of presidential authority, and if I may say this, because so many people have died it is a moral failing.”

Woodward pointed out that Trump neglected to inform the American public of the threat posed by the novel coronavirus in his State of the Union address on Feb. 9, 2020, nine days after he was briefed on it. It was “a dereliction of basic duty,” said Woodward, who has worked at The Washington Post since 1971 and is best known for his reporting on the Watergate cover-up that led to the resignation of President Richard Nixon.

For Goldsmith, who recently co-authored the book “After Trump: Reconstructing the Presidency,” the COVID-19 crisis was a missed opportunity for Trump to use the full extent of his presidential power, and highlighted both his lack of interest and capacity to govern the country.

“Trump’s performance during COVID was an utter failure of leadership,” he said. “That was the opportunity. There were all these worries about Trump being an authoritarian, and there were obvious reasons to worry about that. But in so many instances, when he could have legitimately exercised presidential power, he just wasn’t up to it.”Constitutional scholars have found similarities between Trump and Nixon, as both were credibly accused of abusing the powers of their office for their own benefit. Nixon was forced to give up the presidency, and a series of reforms were established afterward to limit presidential powers. Trump is the first president to be impeached twice. He was acquitted on a largely party-line vote in his first trial for abuse of power and obstruction of justice in soliciting foreign help for his re-election bid, and appears to be on track for a similar partisan tally in the current proceeding. Still Goldsmith says his performance in office points up the need for additional restrictions.

For Goldsmith, the Trump administration represented a “most extraordinary and unprecedented assault” on our institutions not only because of Trump’s constant shattering of norms, but also because mechanisms of accountability broke down. The problem was compounded by Trump’s regular dissemination of claims that could be proven false, one of the most startling aspects of his administration, said Woodward. Woodward, who interviewed the former president for nine hours and 42 minutes, said that Trump struck him as someone who “truly doesn’t know what the truth is.”

“A lot of people in the country were baffled during the Trump administration, not just for political reasons, but by the idea that we can eliminate the truth or have no truth,” he said. “I think that’s alarming to people. Quite frankly, I share that alarm.”

At the Department of Justice, Horowitz said his work is similar to that of journalists who look for facts, but the responsibility of the Inspector General’s Office is to ensure transparency in government and hold officials accountable for any misconduct or wrongdoing. 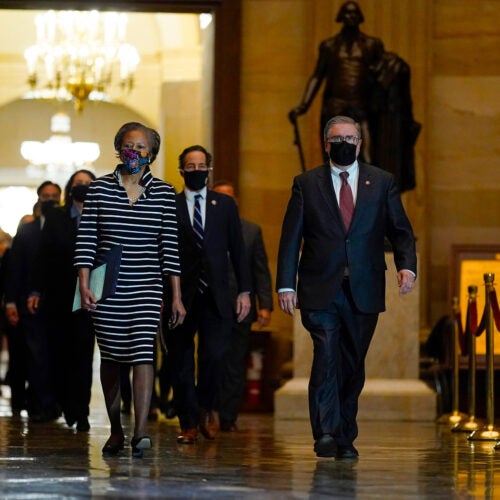 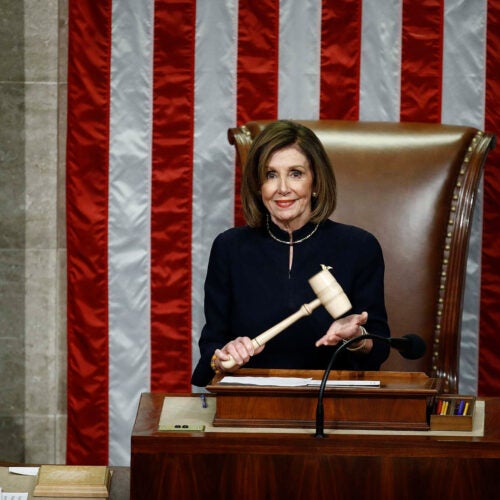 Impeachment: What this means, where this leads

Harvard experts ponder some of the toughest questions in play for the presidency, Congress, public 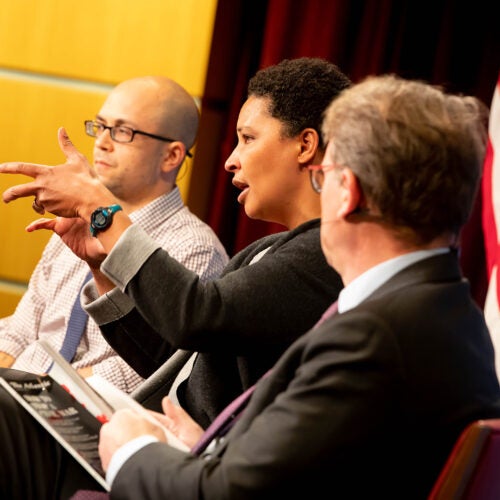 “I always like to quote Justice [Louis] Brandeis and his famous saying about transparency being the best of disinfectants,” said Horowitz. “Transparency matters. It does bring accountability. I think we have to do more of it.”

As for the press, Woodward said, it has to continue doing its job of searching for the truth and holding those in power accountable. An associate editor of The Washington Post, Woodward has won two Pulitzer Prizes, one in 1973 for the exposure of the Watergate scandal with Carl Bernstein, and the other in 2002 for coverage of the Sept. 11 terrorist attacks as lead reporter with the staff of The Washington Post.

“We’ve got to show up more to get at least the best obtainable version of the truth,” said Woodward. “We’ve got to look introspectively at how we do our job and think: Is the person, the man or woman on the street, served with enough information about this astonishing constitutional concentration of power in the executive branch and the presidency?”