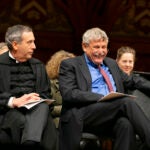 Sadly, it’s happened before. Throughout history many of the nation’s landmark sites have been targets of attack, from the British razing of Washington during the War of 1812 to the Sept. 11, 2001, assault on the Pentagon. Political violence, at least in contemporary times, has left these places more locked down and less accessible.

In the wake of last week’s assault on the Capitol, experts across Harvard are again considering ways to secure such public spaces now and in the future; how added protective measures will affect public access to America’s most sacred shrines of democracy; and how to address potential social and racial inequities arising from increased policing and tightened security around buildings such as the Capitol, often referred to as “the people’s house.”

Designing spaces with an eye on inclusion

Inviting local members of the community into the conversation about how to rethink security around the U.S. Capitol could yield surprising and important results, Song said.

“For D.C. residents the Capitol is their urban space, and yet they’ve had this strange, marginalizing relationship with it,” she said. “I think there’s such an opportunity there for them to be included on the forefront and to really drive how the Capitol might be redesigned to serve the public.”

As an example of how such a process could shed fresh light on potential solutions, Song cited her work with the Alliance for Community Transit to develop more community-centered safety measures for the Los Angeles Metro Rail system. The regional coalition of transit advocates, environmentalists, community-development groups, and riders used collaborative workshops and research to re-envision the metro as a “sanctuary” and safe space for riders, said Song.

“Their set of proposals and safety interventions were less about policing, and more about centering the health and safety of transit riders and transit workers — for example, comfortable and ample seating, well-functioning elevators, regularly serviced bathrooms, natural lighting … less police presence and more social infrastructure and public gathering space,” said Song. “I don’t think the conveners entirely knew what transit riders would imagine as safe and secure beyond the police until they asked them directly.”

Song said she can appreciate the “human-centric” ways some architects have incorporated security into their designs through the use of planters, or low, concrete walls that function as both seats and barriers. Interconnected walkways now surround the Washington Monument, and the National Museum of African-American History and Culture includes seating walls and landscape grading.

But Song is also wary of certain measures that come with the added securitization of public spaces and buildings, such as the surveilling of particular groups of people “seen as threatening or dangerous.” Instead, she supports open areas with plenty of seating that “counter that defensive space design and instead invite people to be present with each other. It’s just a different framework.”

Experts see the 1995 bombing of the federal building in Oklahoma City, Okla., and the 9/11 terrorist attacks as grim inflection points in the country’s history, moments of deadly violence that led to sweeping new security measures and controls at both the national and local levels. In the wake of the attacks, parking spaces in front of federal and private buildings disappeared overnight; metal detectors sprang up in reception areas across the country; the ability to walk a loved one to an airport gate became, and remains, strictly forbidden.

“Bollards and planters began going up all over the place, all these things that often had been used at military installations began to appear around public buildings. But at the same time we have maintained a fairly rich tradition of protest in public spaces,” said Harvard historian and legal scholar Kenneth Mack. “There was the closure of Pennsylvania Avenue in front of the White House after [Oklahoma City bomber] Timothy McVeigh’s terrorist act, but Lafayette Square just across the street remained a place for regular, vigorous protests.”

Mack, Lawrence D. Biele Professor of Law at Harvard Law School and affiliate professor of history, said it has yet to be seen how the events of last week may affect the access to public spaces in the future, but he remains hopeful.

“If, in fact, there’s violence in state capitals or the national capital on Inauguration Day, we will again be at an inflection point in which we’re going to have to have a different conversation about the nature of public space and how to preserve its traditional functions in a different world. But I think there are particular individuals who have influence over how that’s going to go — the most important of those is Donald Trump — and those individuals have to bear responsibility for improving or worsening that conversation and changing our ideas of how we can maintain a robust right to protest in public spaces.”

For many, the failure of officials to consider Trump supporters­ — many of whom discussed their violent plans over social media in the weeks before the riot — a serious threat, compared with the ways largely peaceful Black Lives Matter demonstrators were aggressively dealt with by police, underscores the way conscious and unconscious biases factor into security miscalculations.

“Peaceful demonstrators protesting against police brutality were tear-gassed and cleared away so that Donald Trump could get a photo op, while violent protesters who in fact planned their violence, were able to storm into an underprepared Capitol this past week. There are reasons for that asymmetry, and those reasons are evident. A number of people have called out that difference and need to continue to call out that difference,” said Mack. “Part of our tradition of protest and public conversation is to be able to talk about these things and call out these kinds of asymmetries when they happen.”

Some of the added efforts to secure the Capitol Building are likely only temporary and simply a reflection of the heightened threat level after the riot, according to one national security expert. Juliette Kayyem, Belfer Senior Lecturer in International Security at the Harvard Kennedy School, said the new measures in place at the Capitol — such as the extra barricades, tall fencing, increased law enforcement, and additional metal-detectors — may likely only be in place short-term while officials prepare for the inauguration of President-elect Joseph R. Biden Jr.

“It’s incited by the president of the United States, but it’s being launched by American citizens and the tactics that are being used to try to minimize the harm, the security that you’re seeing around buildings, the de-platforming of the president and hate groups from websites, even political moves like an impeachment, all are consistent with trying to minimize the potential for harm on a specific date, Jan. 20, and then beyond depending on what the threat is.”

Nonetheless, Biden will likely have to contend with domestic terror threats while in office, she acknowledged, which means some of the increased security measures are here to stay.

“Sometimes the new positioning ends up being permanent, and this is such a unique and scary time because of the incitement from the president himself,” said Kayyem, former assistant secretary for intergovernmental affairs at the Department of Homeland Security in the Obama administration. “But I do also believe that much of it goes away, and then the physical response to that threat will change. So that’s what people have to remember. Still, right now the ratcheting up that you are seeing is totally appropriate.”

Looking ahead, Kayyem said she thinks the current threat posed by angry Trump supporters will subside once he is no longer in office, and that it’s critical to go forward with the inauguration in some public way to move the nation beyond the vitriol and violence.

“Ideally, would you hold a big event right now in front of the Capitol? No. But the Constitution tells us that it’s on Jan. 20, and part of the moving on aspect of this horrible time in American history is to move on. So I’m for it. I don’t want them to cancel it.” 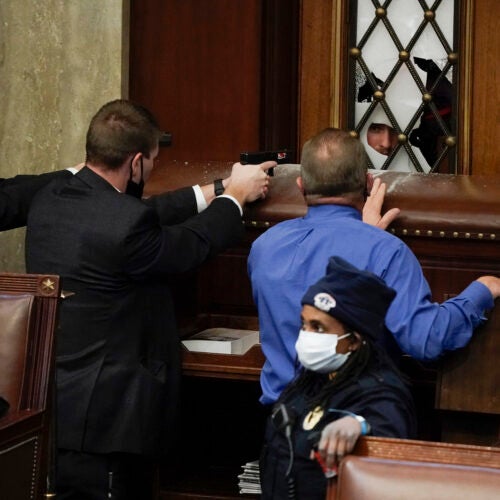 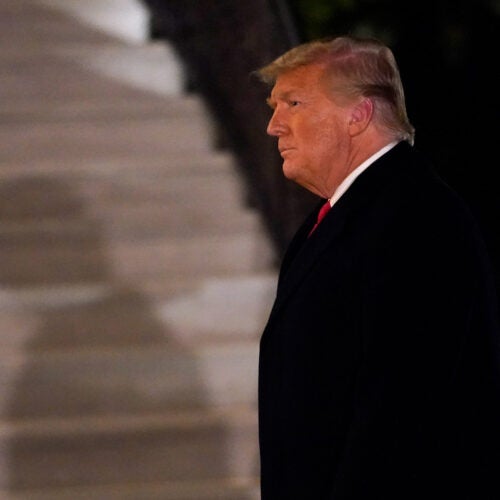