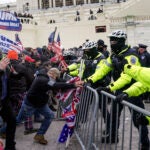 In addition to winning the White House, Democrats will soon take control of Congress for the first time since 2007 after last week’s historic Senate runoff victories by the Rev. Raphael Warnock and Jon Ossoff in Georgia. That will bring dramatic changes to Washington in terms of governing style, tone, competence, and policy priorities, but the party’s razor-thin majorities in both houses will likely undercut the sweeping legislative windfall their constituents are hoping for, some Harvard political analysts say.

The addition of Warnock and Ossoff means the Senate will soon have 50 Democrats and 50 Republicans. With Kamala Harris presiding over the Senate as vice president, Democrats will enjoy a one-vote advantage over Republicans in the case of a tie. Democratic Sen. Charles Schumer, J.D. ’74, of New York will take over as majority leader from Republican Sen. Mitch McConnell of Kentucky. Democrats lost House seats in the November election but maintain control with 222. With 435 total seats, passing a measure requires 218 votes. Republicans hold 211 seats; two others are currently vacant due to the death last month of one newly-elected Republican member and a lawsuit challenging election results in a New York race.

“It’s very important that the Democrats have the majority. However, it is not going to be easy to legislate in this environment, and if they don’t have the votes to get rid of the filibuster, it will be exceptionally difficult to move major pieces of legislation,” said David King, senior lecturer in public policy at Harvard Kennedy School (HKS). “So one of the first decisions that will need to be made by the new majority leader, Sen. Schumer, will be whether or not they want to advance a rules change that will get rid of the filibuster.”

At the moment, the Democrats don’t appear to have 50 senators who support such a change. In the past centrist members from conservative states, like Sen. Joe Manchin of West Virginia, have either opposed or at the very least been lukewarm to such a shift. Eliminating the filibuster would cut the number of votes needed to pass most major legislation in the Senate from 60 to 50.

Analysts agree that the first priority of the new Congress will be to work closely with the White House on efforts to mitigate the public health and economic damage caused by COVID. How quickly those monumental challenges get done will likely determine which other issues get attention in the critical early days of the Biden administration.

“It’s very important that the Democrats have the majority. However, it is not going to be easy to legislate in this environment … ”
— David King

Infrastructure, climate change, income inequality, and perhaps strengthening and expanding the Affordable Care Act could all be on the table now that McConnell no longer has sole discretion over which bills get heard on the Senate floor, said Alex Keyssar, Matthew W. Stirling Jr. Professor of History and Social Policy at HKS. In what sequence Democrats decide to take up various initiatives is likely to be very important given the criticism that the Democrats spent all of the Obama administration’s first-term political capital on little else but health care, he added.

The backlog of Democrat-led legislation McConnell blocked could be revived and brought back for new votes relatively soon and without much heavy lifting. They could even be reconstituted more ambitiously with a Republican majority out of the way.

“But that could cut both ways,” said Keyssar. “On the one hand, [Democrats] don’t have to open up to [Republican] concessions. On the other hand, there may have been some freedom on the part of the Democrats to … design things based purely on principle since they knew it wasn’t going to go anywhere.”

Despite the success of progressive candidates in the 2020 election, it will be centrist Democrats, Independents, and Republicans, not the likes of Democratic Senators Bernie Sanders of Vermont, Elizabeth Warren of Massachusetts, and Sherrod Brown of Ohio, who set the new Senate’s legislative agenda, given the slim margin Democrats hold, King and Keyssar say.

“Biden himself has set the right tone and has selected a strong team; conceivably, too, Republicans may feel chastened by Trump’s disastrous transition.”
— David Gergen

“This will be a Senate that pivots around Joe Manchin [D-W.V.], Susan Collins [R-Maine], Lisa Murkowski [R-Alaska], Mitt Romney [R-Utah], Jeanne Shaheen [D-N.H.], and Angus King [I-Maine]” and “will be moderate in almost every way on major policies,” said King, who is faculty chair of Harvard’s program for newly elected members of Congress.

The party’s new axis has already begun to take shape. Last week, the stock market plunged after Manchin said he would “absolutely not” support President-elect Joseph R. Biden Jr.’s plan to fast-track sending out another round of stimulus payments of up to $1,400, even though most of Manchin’s constituents would qualify under the income restrictions.

“If you’re trying to get a major piece of legislation through and you can’t imagine getting it done without Joe Manchin, it’s not gonna get done,” said King.

Most of the big policies associated with Democrats, like a major reform to the health care sector, “are not going to get through,” added King. Issues that already enjoy strong bipartisan support, like a tax overhaul to undo some of the Trump tax cuts, are far more likely to move forward. Much like in the Obama era, “I think a lot of what the Democrats want done are going to have to be done through executive orders.”

Biden is a highly skilled veteran of Congress with a reputation for collegiality from his three-plus decades as a senator and eight years as vice president under President Barack Obama. How successfully he works in concert with Schumer and House Speaker Nancy Pelosi is still an open question.

“I imagine that the two of them will form a powerful triumvirate with Biden,” said David Gergen, Public Service Professor of Public Leadership at HKS and a senior aide to four U.S. presidents. “He is inheriting the worst national crises since FDR and has only razor-thin margins in both chambers. But Biden himself has set the right tone and has selected a strong team; conceivably, too, Republicans may feel chastened by Trump’s disastrous transition.”

If Biden does enjoy a honeymoon, Gergen believes forging a bipartisan China strategy may also be in the offing once the pandemic and infrastructure issues have been addressed, he said.

Whether Schumer decides to turn the tables on Republicans and run the Senate with the same inflexibility as his predecessor is still unclear.

“I would not advise adopting such a deeply partisan stance at this moment when some Republicans are becoming more loosely attached to their party,” said Jane Mansbridge, Adams Professor of Political Leadership and Democratic Values Emerita at HKS. Such a step “on the part of the Democrats would quickly herd them back into that party.”

King expects Schumer has learned from McConnell’s tenure. “I don’t think this is the dawning of a new era of bipartisanship.”