Lessons for the season of giving 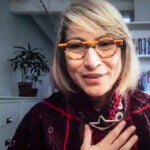 Turning a light on our implicit biases

Psychologists offer insights into how we make donation decisions

’Tis the season of giving. For people with the means, donating to an organization or cause in need feels good and, particularly in tough times, feels like the right thing to do.

Most of us like to think that our charitable contributions, whether to the local food bank or a nationally known medical research fund, make a real difference. And chances are that every dollar does indeed help. But if donors understood data better, those donations often could stretch even further, according to a pair of Harvard psychologists studying the psychology of altruism and ways to optimize charitable giving, which totaled $450 billion in the U.S. last year.

That’s because no matter how prudent or well-intentioned, they say, most gift-giving decisions are driven by our social and emotional ties, not by a clinical analysis of which cause delivers the “best bang for the buck.”

“The idea is to pay attention to the research and use your money to do as much good as possible, which often means doing things that you wouldn’t have predicted,” said Joshua Greene ’97, who studies the psychology and neuroscience of moral judgment.

He and Lucius Caviola, a postdoctoral researcher, are studying how people decide to give, and under what conditions givers might support “effective altruism,” a concept based on the philosophy of utilitarianism that encourages donors to take the same evidence-based approach used by financial investors and apply it to charitable giving. If a $100 donation can help 20 people or 2,000 people, effective altruism would show donors where the greatest number of people will benefit. Most giving decisions, such as on international aid, aren’t very data-driven because information about charity performance is scarce, so donors often rely on rudimentary or problematic metrics, the psychologists say.

“Many people believe charities must have low overhead ratios to be effective, but that’s not true,” said Caviola, who studies charitable giving. “What matters is: Does the charity focus on a really important problem. and does it use a really effective intervention? It doesn’t matter whether it has a high or low overhead as long as it uses it effectively.”

Donors also underestimate how wide the gap is between effective charities and others, according to a recent study Caviola conducted. They assume there’s only an incremental difference in their outcomes, when in fact top organizations are 100 times more effective than others. In global-health giving, for instance, “effectiveness” is typically measured by governments and health economists in lives saved or health-adjusted life years added per dollar.

But supporting effective giving doesn’t mean that donating to a cherished group isn’t worthwhile, said Greene. “It’s not about bad versus good, but good versus even better.”

“It often means giving money to organizations that help people overseas where the money goes further, and it means prioritizing the outcome over one’s personal feelings of connection or the personal satisfaction one gets,” he said.

That seems sensible, but the deeply rooted psychology behind why we give is complicated. While people like the idea of giving effectively, Caviola said even after learning that one charity is more effective than another, most people still prefer to give to entities where they have emotional or personal connections.

“We weren’t designed for impartial beneficence; we weren’t designed to care about everybody equally. Our social emotions really evolved for social teamwork — I give you food when your hunting doesn’t go well, and you do the same for me — and we survive that way,” said Greene.

Since charitable giving is as much about joyful feelings of helping others as it is about the gift received, Caviola and Greene are exploring whether more people might embrace effective giving if they didn’t have to forgo their favorite causes. They recently launched Giving Multiplier, an online platform that eases — and sweetens —donations to global health and development charities as part of their research. Donors select a favorite charitable organization and then choose from a short, curated list of charities rated as highly effective by GiveWell, a nonprofit that evaluates charity effectiveness. They then can decide how much to donate and what percentage of their donation goes to each organization. For every donation, the platform will add as much as 20 percent on top.

The project will give them better insight into charitable decision-making and into whether such an intervention helps donors overcome the innate tug of personal interests. If Giving Multiplier proves popular, it may outlast their current research, Greene said.

“Our hope is that this can be a way into effective giving that works for a much wider group of people and that works with people’s basic desires and motivations instead of trying to replace them,” he said.