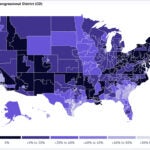 To see how deeply interconnected the planet truly is, look no further than the massive ice sheets on the Northern Hemisphere and South Pole.

Thousands of miles apart, they are hardly next-door neighbors, but according to new research from a team of international scientists — led by Natalya Gomez, Ph.D. ’14, and including Harvard Professor Jerry X. Mitrovica — what happens in one region has a surprisingly direct and outsized effect on the other, in terms of ice expanding or melting.

The study models how this seesaw effect works. Scientists found that when ice on the Northern Hemisphere stayed frozen during the last peak of the Ice Age, about 20,000 to 26,000 years ago, it led to reduced sea levels in Antarctica and growth of the ice sheet there. When the climate warmed after that peak, the ice sheets in the north started melting, causing sea levels in the southern hemisphere to rise. This rising ocean triggered the ice in Antarctica to retreat to about the size it is today over thousands of years, a relatively quick response in geologic time.

“The study establishes an underappreciated connection between the stability of the Antarctic ice sheet and significant periods of melting in the Northern Hemisphere.”
— Jerry X. Mitrovica

The question of what caused the Antarctic ice sheet to melt so rapidly during this warming period had been a longstanding enigma.

“That’s the really exciting part of this,” said Mitrovica, the Frank B. Baird Jr. Professor of Science in the Department of Earth and Planetary Sciences. “What was driving these dramatic events in which the Antarctic released huge amounts of ice mass? This research shows that the events weren’t ultimately driven by anything local. They were driven by sea level rising locally but in response to the melting of ice sheets very far away. The study establishes an underappreciated connection between the stability of the Antarctic ice sheet and significant periods of melting in the Northern Hemisphere.”

The retreat was consistent with the pattern of sea level change predicted by Gomez, now an assistant professor of earth and planetary sciences at McGill University, and colleagues in earlier work on the Antarctic continent. The next step is expanding the study to see where else ice retreat in one location drives retreat in another. That can provide insight on ice sheet stability at other times in the history, and perhaps in the future.

“Looking to the past can really help us to understand how ice sheets and sea levels work,” Gomez said. “It gives us a better appreciation of how the whole Earth system works.”

Along with Gomez and Mitrovica, the team of scientists on the project included researchers from Oregon State University and the University of Bonn in Germany. The rocks they focused on, called ice-rafted debris, were once embedded inside the Antarctic ice sheet. Fallen icebergs carried them into the Southern Ocean. Researchers determined when and where they were released from the ice sheet. They combined ice-sheet and sea-level modeling with sediment core samples from the ocean bottom near Antarctica to verify their findings. And researchers also looked at markers of past shorelines to see how the ice sheet’s edge has retreated.

Gomez has been researching ice sheets since she was a Graduate School of Arts and Sciences student in the Mitrovica Group. She led a study in 2010 that showed that gravitational effects of ice sheets are so strong that when ice sheets melt, the expected sea level rise from all that meltwater entering the oceans would be counterbalanced in nearby areas. Gomez showed that if all of the ice in the west Antarctic ice sheet melted, it could actually lower sea level near the ice by as much as 300 feet, but the sea level would rise significantly more than expected in the Northern Hemisphere.

This paper furthered that study by asking how melting ice sheets in one part of the climate system affected another. In this case, the researchers looked at the ice sheets in the Northern Hemisphere that once covered North America and Northern Europe.

By putting together modeling data on sea-level rise and ice-sheet melting with the debris left over from icebergs that broke off Antarctica during the Ice Age, the researchers simulated how sea levels and ice dynamics changed in both hemispheres over the past 40,000 years.

The researchers were able to explain several periods of instability during the past 20,000 years when the Antarctic ice sheet went through phases of rapid melting known as “meltwater pulses.” In fact, according to their model, if not for these periods of rapid retreat, the Antarctic ice sheet, which covers almost 14 million square kilometers and weighs about 26 million gigatons, would be even more of a behemoth than it is now. 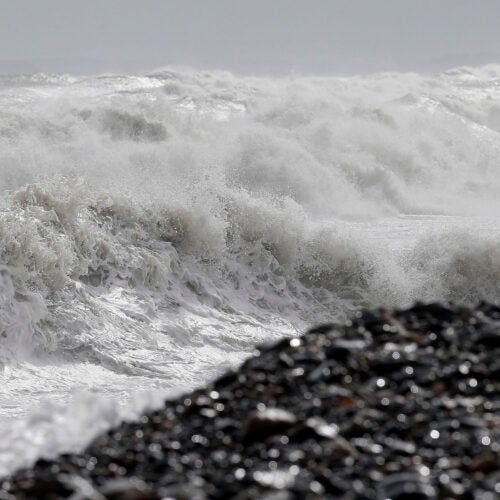 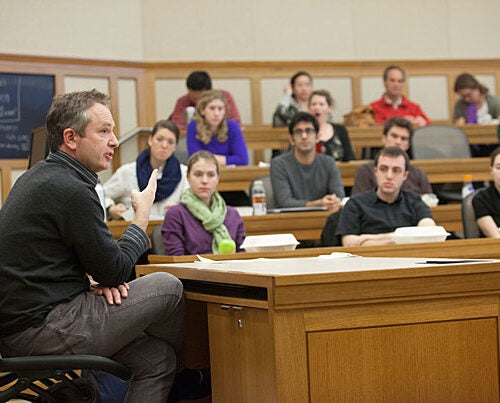 With the geological records, which were collected primarily by Michael Webster from the University of Bonn, the researchers confirmed the timeline predicted by their model and saw that this sea-level change in Antarctica and the mass shedding corresponded with episodes of melting of ice sheets in the Northern Hemisphere.

The data caught Gomez by surprise. More than anything, though, it deepened her curiosity about these frozen systems.

“These ice sheets are really dynamic, exciting, and intriguing parts of the Earth’s climate system. It’s staggering to think of ice that is several kilometers thick, that covers an entire continent, and that is evolving on all of these different timescales with global consequences,” Gomez said. “It’s just motivation for trying to better understand these really massive systems that are so far away from us.”

This work was partially supported by the Star-Friedman Challenge for Promising Scientific Research, Natural Sciences and Engineering Research Council, the Canada Research Chair, the Canadian Foundation for Innovation, the Deutsche Forschungsgemeinschaft, and NASA.