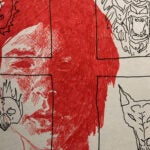 The pandemic shut down concert stages and music halls, but not Harvard’s student composers. They continued creating, and will show off their latest work at this week’s virtual Harvard Student Composers Festival (CompFest).

The four-day festival, which begins Wednesday, celebrates student pieces for voice, piano, upright bass, and more. CompFest, which will feature the work of 30 students and three young alumni, was conceived by Veronica Leahy ’23 and is presented by the Office for the Arts (OFA), the Department of Music, Harvard Composers Association, and Harvard University Songwriters Collective.

“I had originally planned on doing one cabaret night, and the idea grew into a whole festival,” said Leahy, a saxophonist. “There are many students who are composers and songwriters who want a chance to showcase their work, but with everything being virtual this year, there just weren’t lots of opportunities for [that].”

Leahy, a music concentrator in the dual-degree program with Berklee College of Music, works as a production assistant at the OFA, where she saw an opportunity to bring her campus community together. She started planning the festival in early October.

“Veronica deserves boundless praise for this effort. She is, in effect, the artistic director, and we are so grateful to her for her hard work and inspiration at every step along the way,” said Jack Megan, director of the OFA.

“For young musicians, this kind of give-and-take is invaluable,” said Megan. “It’s also very meaningful for an audience to sit in on these discussions and gain insight into the compositional process. We are thrilled to be working with our longtime collaborators in the Music Department on this project, as well as the Harvard Composers Association and Harvard Undergraduate Songwriters Collective — two ideal creative partners for the occasion.”

“I strongly believe that it’s really important for us as musicians to interact with musicians from all across the musical spectrum,” said Leahy. “The cabaret night is going to be very diverse, musically, including everything from contemporary classical music to folk, to rock, to R&B to jazz, to singer-songwriter, to musical theater. It will showcase just how wide-ranging the talent is at Harvard.”

Composer and participant Devon Gates ’23 will perform her piece “Grounded” on upright bass and voice.

“Since my first days [in the first-year arts program] I’ve always felt that Harvard has such a diverse and supportive music community, so any opportunity to be a part of that is something I really appreciate,” said the Atlanta native. “I’m also excited about the opportunity to share my pieces with professors and get feedback in a unique environment.”

Leahy’s goal for the festival was to design a space where classmates could connect, something she has been missing since March. She hopes the festival will inspire others to do the same as the pandemic continues.

“This was a dream come true,” she said. “Right now, we don’t have those precious little moments in the dining hall, or after class, or on the street [around campus]. And so we just have to try that much harder to create community and to create spaces for conversation.”