Bending technology toward the light 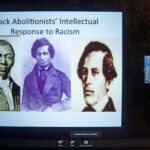 Ash Carter, the former U.S. Secretary of Defense and current director of the Belfer Center for Science and International Affairs at the Harvard Kennedy School, leads the Technology and Public Purpose (TAPP) Project, an ambitious effort to swing technology toward the public good. As part of its efforts, TAPP will present its first Tech Spotlight in a virtual ceremony Thursday at 1 p.m. Three companies will be recognized for representing the project’s goal of responsible technology. These are Google’s AI Model Cards, a toolkit for ethical use of artificial intelligence; Thorn’s Spotlight tool, which helps law enforcement locate traffickers of minors; and the International Society for Stem Cell Research’s development of a practical advice kit for physicians and review boards engaged in such research. The recipients will appear in a virtual “fireside chat” following the ceremony. Carter spoke to the Gazette about the project and his vision of technology as a force for good.

GAZETTE:  The underlying idea of TAPP is that technology would be used for the public good. But how exactly would this distinction be made, and what sort of reasoning would go into it?

CARTER:  When I left the Defense Department in 2017 after many years of association, I asked myself how I could make a contribution to our society; that’s why I came to Harvard. I looked around and concluded that the issue of our time, to paraphrase Dr. King, is how we need to bend the arc of technology toward good. In addition to other efforts in my military campaign, including a campaign against ISIS, I tried to build bridges between the Department of Defense and the technological community, and that was a commitment that I wanted to bring over to Harvard. Technology can be a wonderful thing, but that is not automatic. It depends on us. I wanted to found a project at Harvard that would spotlight the technologists themselves, who took on the job of making sure that the overall results of their technology were good, so that we might have the benefits of technology without the hate and the darkness that we see now; that we can enjoy the benefits of productivity without making people feel obsolete or that their children don’t have a future.

GAZETTE:  Aside from the upcoming Spotlight, what is TAPP involved in?

CARTER:  The TAPP project does many things. We do research; we do training; we have seven new fellows this year who are experienced technologists who have decided to give a portion of their lives to solving technology’s dilemmas. We have worked on restoring good technology advising to Congress, whose members are by and large not technologists. But the tech spotlight is our recognition of the fact that the best shaping of technological change toward overall good occurs when technologists themselves are involved in the project.

GAZETTE:  It has been nearly a year since the Tech Spotlight was announced. What sort of response did you get?

CARTER:  We got what really was a surprising response to this. People first of all were saying, “There is really nothing like this, where technologists could feel like their efforts on behalf of public purpose could be recognized.” There were a surprisingly large number of applications, over 200 from 18 different countries. They came from digital tech, biotech, all the places where technology is bringing important change. One thing to note, which is gratifying to me, is that in addition to there being so many applicants, they came from big companies like IBM and Google but also smaller ones, startups and nonprofits. It really showed the whole spectrum of technological organizations that need to be doing good things.

GAZETTE:  In a piece you wrote for Wired magazine last year, you said that technology and all of objective science are caught in a “crisis of reputation.” What was this referring to?

CARTER:  That’s a very important question. Not only are technologists morally obligated to think about how they bend the arc of change to good, but there is something more: If they don’t make innovation work for net good, the reputation of technology will be become one of a bad force in life, one whose motives are considered amoral at best and immoral at worst. In my lifetime I would say that the reputation of technology as a bringer of good has been challenged because there have been too many opportunities where the net result has not been good. We need to claw back our reputation as agents of change that are sensitive to the world’s needs.

GAZETTE:  What specifically are you referring to here? Spyware, social media disinformation, bots that influence elections?

CARTER:  All of those things. I am talking of social media, which has not conducted itself and policed itself in an appropriate way. It remains replete with hate and darkness and lies, even as it fosters community and commerce. Artificial intelligence can be a good thing, but not if it is used in a way that is discriminatory or that uses its own data sets to make the future look like the past, or if it is used in a way that obscures human responsibility. Those are examples from the digital domain. In the biological domain I point to DNA profiling and genome editing as challenges. We want to make sure that as the digital revolution unfolds we don’t replicate the mistakes that were made before. It’s very nice that one of the organizations that we are recognizing in the Tech Spotlight [the International Society for Stem Cell Research] consists of biotechnology experts in a self-organized nonprofit who took it upon themselves [to create a guide] for the research community to describe what protocols to use that are morally important. It shows technologists taking things in their own hands, not waiting for government regulations to tell them what to do. Of the three recipients, this is the one that represents the biotechnology field; it also represents a good example of the research community.

GAZETTE:  That is one of the three organizations that will be recognized on Thursday. Tell me about the other two and the criteria that were used in selecting them.

CARTER:  Google’s AI Model Cards is first of all an example of a company that has done a lot of good but has also made some mistakes along the road. This project recognizes that AI is essentially machine-assisted human decision-making. Because the decisions made can be very consequential we need to think through who is responsible and who is accountable. So this is Google’s attempt to provide a kit of how-to’s to technologists doing their best to self-regulate.

Thorn’s Spotlight takes on one of the darkest of the dark places of the digital universe, and that is the trafficking of children. It’s an example of a machine-learning tool that helps law enforcers to find the traffic and the children being trafficked — so it is an example of eliminating one of the darkest consequences of the internet. So of these three we have an example that deals with social media in the dark, a large company paying attention to the larger implications of what it does, and biotechnologists making the self-regulation that has to go along with government regulation.