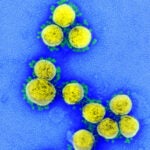 A worldwide forum convened to share insights gleaned from the fight against the novel coronavirus highlighted the importance of a strong, coordinated government response as crucial to stopping its spread, both within a country and internationally.

“It has never been more important for us than it is now to shoulder the responsibility to respond quickly and effectively to the threat posed to human lives and to the health of our communities, local, regional, national, and global,” said Mark Elliott, vice provost for international affairs and the Mark Schwartz Professor of Chinese and Inner Asian History. Introducing “Global Perspectives on COVID-19,” which brought together medical and scientific participants from China, Italy, South Africa, and the U.S. on Wednesday, Elliott characterized the pandemic as a “monumental public health crisis.”

There is strong evidence, however, that it is a crisis that responds to lockdown. Zhong Nanshan, professor of respiratory medicine at Guangzhou Medical University, discussed the speed of containment in Wuhan, China, where COVID-19 was first documented on Dec. 7, its severity apparent by Jan. 20, and the city locked down by Jan. 23. The containment appeared to work, said Zhong, who is also director of the National Clinical Research Center for Respiratory Disease, as cases in China leveled out at approximately 80,000 by March 1. To date, they have increased by only about 10,000, which he attributed to imported cases.

“Strong action by the central government is still the most effective way to block transmission,” Zhong said. The next step, however, is the development of vaccines, he said, citing the “urgent need for international collaboration.”

Fabio Ciceri, scientific director of the San Raffaele Scientific Institute, said “earlier interventions and the introduction of some important treatments” in Northern Italy helped bring down mortality rates in the San Rafaelle hospital from 24 percent to less than 1 percent. As the country prepares for a possible second wave, perhaps as soon as December, he stressed the importance of early testing and tracing, networking between hospitals, and referrals to COVID-19 care hubs. “These centers have new clinical trials with investigational treatments,” as well as “post-COVID-19 clinics,” which follow up on long-term care and management of late and lingering symptoms, he said.

Salim Abdool Karim, director of the Centre for the AIDS Programme of Research in South Africa (CAPRISA) and member of the African Task Force on Coronavirus, Africa Centres for Disease Control and Prevention (Africa CDC), said that in Africa the coronavirus has infected approximately 1.5 million people and killed more than 36,000, a fatality rate of approximately 2.4 percent. COVID-19 now appears to be in decline on the continent, though that could be from underreporting or under-testing in some of its countries, or the facts that Africa’s population skews significantly younger than Europe or North America’s, and fewer of its citizens travel internationally.

However, he too credited a coordinated government response with saving lives. Citing a “strong and consistent political commitment” by the African Union, he noted that Africa CDC quickly set up a platform for a coordinated response for supplies. “We were not competing against each other for, say, test kits,” he said. This coordinated response also engaged the public. Karim pointed to a tradition of working for the collective good, which Karim called the principle of ubuntu, translated as “I am, because you are.”

“You are safe because I am safe,” Karim said. “Our collective interdependence is how we’ll protect ourselves going forward.

George Q. Daley, Harvard Medical School’s dean of the faculty of medicine, noted how in its 10th month, the pandemic has passed a “grim milestone” of 1 million deaths. “Vanquishing COVID-19 will depend critically on how we learn from each other and how we collaborate as a global biomedical community united against this common threat,” he said. Meanwhile, Megan Murray, the Ronda Stryker and William Johnston Professor of Global Health at HMS, discussed the possibility of zoonosis, the leap of pathogens from animals to humans and how it has been enabled by climate change and magnified by climate migration and the mass displacement of marginalized people. “As the natural environment is destroyed, we can expect to see more such disease,” she said, which will disproportionately affect the poor. “Epidemics expose the fault lines of our society.” 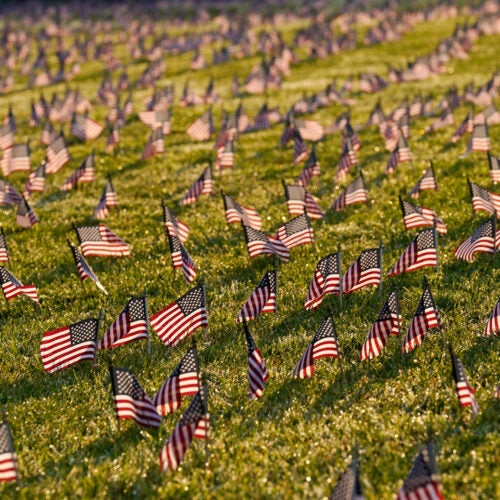 Marking the passing of a grim pandemic milestone for the nation

How to mourn, find meaning in the deaths of 200,000, with more certain to come

Paul Farmer, Kolokotrones University Professor of Global Health and Social Medicine and chair of Harvard Medical School’s Department of Global Health and Social Medicine, wrapped up the conference with a look at what doesn’t work: contact nihilism, in which governments give up tracing contacts, and clinical nihilism, in which they focus solely on containment and almost give up on treatment.

“When you see claims that the treatment of a pathology in a pandemic is impossible, unfeasible, not cost effective, make sure you’re not seeing clinical nihilism,” he said. “There’s always a gap between the development of a new therapeutic and its widespread distribution.”

The forum was co-sponsored by Harvard Medical School and the Massachusetts Consortium on Pathogen Readiness (MassCPR) as part of Worldwide Week at Harvard.