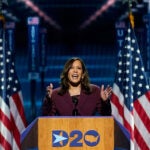 The report, “Reimagining Rights and Responsibilities in the United States,” was released at a virtual event at the Kennedy School. The Reimagining Rights and Responsibilities Project is directed by John Shattuck, Carr Center senior fellow and former U.S. assistant secretary of state for democracy, human rights and labor. The report and the project are overseen by a faculty committee chaired by Carr Center Director Mathias Risse, the Lucius N. Littauer Professor of Philosophy and Public Administration.

“Events this year — the COVID pandemic, massive nationwide protests for racial justice, attacks on voting rights — have underscored the urgency of a national renewal of rights,” said Risse. “Since the fall of 2019, the Carr Center’s Reimagining Rights and Responsibilities Project has worked to strengthen the principles of equality and liberty that are enshrined in our country’s founding documents.”

Last month, the Reimaging Rights Project released a nationwide poll of a broadly representative sample of 2,093 adults on attitudes toward rights in the U.S. An overwhelming, bipartisan majority agreed that “without our freedoms America is nothing,” and 71 percent felt that despite deep polarization, “Americans have more in common than many people think.”

The project also convened town hall meetings with citizens in Phoenix, Detroit, and Atlanta. Insights from the poll and the meetings enabled researchers to build a comprehensive portrait of the attitudes of Americans on the current condition of rights and responsibilities in the United States.

“Rights in the U.S. are values that hold together a nation of great diversity,” said Shattuck. “The U.S. is a nation wrestling with its values at a time when rights are facing the gravest threats in half a century.  Our report is a guide for reimagining rights and the responsibility of leaders and citizens to protect them.”

The report offers an in-depth analysis of the state of rights in America in 2020, and then offers recommendations to address failures to protect these rights. Key recommendations include:

The Carr Center for Human Rights Policy serves as the hub of the Harvard Kennedy School’s research, teaching, and training in the human rights domain. The center embraces a dual mission: to educate students and the next generation of leaders from around the world in human rights policy and practice; and to convene and provide policy-relevant knowledge to international organizations, governments, policymakers, and businesses.