Lessons for leadership in a riven nation 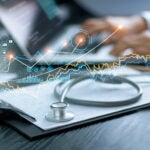 Political leaders are facing new and daunting challenges in a country arguably more divided than at any point since at least the Vietnam War. However, there have been other divisive periods, and on Monday evening, the online event “Leading in the Midst of Polarized Times” looked to a political veteran and academics for the lessons of the past.

The inaugural event of the Harvard Community Dialogues Series, hosted by the Office of the President and Office for Diversity, Inclusion & Belonging, the 90-minute online discussion featured a conversation with former Massachusetts Gov. Deval Patrick ’78, J.D. ’82 and followed with a panel discussion with Archon Fung, Winthrop Laflin McCormack Professor of Citizenship and Self-Government; Greg Mankiw, Robert M. Beren Professor of Economics; Tsedal Neeley, Naylor Fitzhugh Professor of Business Administration; and Shahara Jackson, Ed.L.D. candidate at the Graduate School of Education and president of the Harvard Black Graduate Student Alliance.

Invoking the “commitment to the truth” inherent in Harvard’s motto, Veritas, President Larry Bacow opened the event. “This commitment to civil discourse has never been more important,” he said, describing the goals of the series. “We can all learn from each other. That is what these conversations are all about.”

Moderator Carrie Johnson, a 2020 Nieman Fellow and the justice correspondent for NPR, opened the discussion with Patrick by asking him to revisit the 2013 Boston Marathon bombing, which occurred during his second term as governor. Patrick described a fast-moving crisis, during which very little was initially known.

One of his first responsibilities, Patrick noted, was to communicate with an understandably panicked public. “We tried to communicate often and to acknowledge each question, to take our time in answering questions, and to tell people what we could tell them, and to stop short of what we couldn’t.”

“I got a great piece of advice, which I will never forget, from my chief of staff at the time. He said acknowledge and call up the acts of kindness that regular people are showing to others, and I did that.”
— Deval Patrick

Clarity, he noted, was important. “This looked and felt like a terrorist attack,” Patrick recalled. As a result, online rumors quickly circulated, falsely identifying various people with ties to the Middle East as suspects. Patrick’s office had to quickly quell these false reports.  “As a Black man, I am very self-conscious of how easy it is for people to presume all manner of ill intent or bad behavior on me without knowing anything else about me.”

As the search for the bombers continued, he said, the involvement of an informed public proved vital on many fronts. The capture of suspect Dzhokhar Tsarnaev hiding in a Watertown backyard began with a call from a concerned homeowner. But long before that, the generosity of thousands helped feed and house runners from around the world who had been stranded by the tragedy. “I got a great piece of advice, which I will never forget, from my chief of staff at the time. He said acknowledge and call up the acts of kindness that regular people are showing to others, and I did that.”

Reflecting on the COVID-19 outbreak, Patrick expressed some optimism over the prospects of reversing vast inequities in the nation. “There’s something very exciting about this moment, which is that all of the hardship, all of the suffering exposed by the pandemic means we have an opportunity to confront our unfinished business.”

The panel that followed focused on how to handle the divisions that have grown increasingly toxic. Open discussion, the panelists agreed, is crucial. The ability to engage in it is also a teachable skill. For that reason, Mankiw explained, for his freshman seminar, “The Economist’s View of the World,” he makes a point of choosing students with opposing views. “Six from the left, and six from the right,” he said.

“Disagreeing with someone and having these difficult conversations is a practiced skill,” said Neeley. “For example, don’t attack the person, challenge the argument.”

To engage, added Jackson, involves learning to “sit with discomfort.” “As long as your disagreement is not disrespecting me as a human being, I’m totally fine with that,” she said.

Such active listening can bridge divides, noted Fung. Following the 1994 shooting at a Planned Parenthood clinic in Brookline, he recalled, activists on both sides of the abortion divide began to meet, searching for common ground. This resulted in an opinion piece, published in The Boston Globe, that acknowledged both their differences and their common humanity. Calling for a return to such “civil dialogue,” he acknowledged its difficulty. “It’s going to be a while before many of us can get where we see the inherent goodness in our opponents,” he said.

Bringing the event to a close, Sherri Charleston, Harvard’s first chief diversity and inclusion officer, summed up the goals for the series and for our country. “It will take continual exploration to think through the most difficult questions that face us in a way that ideally allows us to have more people involved in a dialogue about how we shape the future of our country, our institution, and the world, including as many voices as we possibly can.”