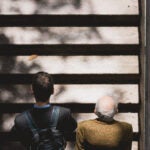 Joseph Henrich thinks many people reading this are probably WEIRD. He means no offense, only that they were raised in a society that is Western, Educated, Industrialized, Rich, and Democratic. About a decade ago, Henrich coined the term after determining that individuals from such cultures tend to exhibit a specific combination of psychological characteristics. Now, he’s put it all in a new book called “The WEIRDest People in the World: How the West Became Psychologically Peculiar and Particularly Prosperous.” In it, he lays out how people from these societies differ psychologically from most other people throughout human history. The Gazette interviewed Henrich, who is a professor in the Department of Human Evolutionary Biology and its chair, on what being WEIRD is all about.

GAZETTE: What do you mean when you say someone is from a WEIRD society?

HENRICH: If you measure people’s psychology using the tools that psychologists and economists do, you’ll find substantial variation around the world. Societies that are Western, educated, industrialized, rich, and democratic often anchor the extremes of these global distributions. Among the most prominent features that make people WEIRD is prioritizing impersonal pro-sociality over interpersonal relationships. Impersonal psychology includes inclinations to trust strangers or cooperating with anonymous others. Another big one is having high levels of individualism, meaning a focus on the self and one’s attributes. This is often accompanied by tendencies toward self-enhancement and overconfidence. WEIRD people also rely heavily on analytic thinking over more holistic approaches to problems. I’ll give you an example: Analytic thinking places people or objects into distinct categories and assigns them properties to account for their behavior. Here people get assigned preferences or personality. Particles and planets get assigned charge and gravity. On the other hand, holistic thinkers focus on relationships, context, and interaction. For example, if person A is yelling at person B, an analytical thinker might infer that person A is an angry person while a holistic thinker worries about the relationship between persons A and B. This patterning extends to mental states. WEIRD people tend to focus on people’s intentions, beliefs, and desires in judging them morally instead of emphasizing their actions. In many non-WEIRD societies, for example, the penalties for premeditated murders and accidental killings were the same while in many WEIRD societies they came to depend on the killer’s mental states, on his intentions and beliefs.

These differences all have to do with the kind of worlds we grow up in, the kind of institutions we have to adapt to, the ways our families are structured, and the social and economic world we need to navigate.

GAZETTE: Is that why you focused on and explored topics people are familiar with, like family, law, and religion?

HENRICH: Exactly. The goal of the book is to explain these kinds of psychological variations. I tried to look at how different institutions beginning with the family lead to a greater trust with strangers and more individualistic thinking. I’m partially being driven by wanting to explain psychological variation and then looking at the ways that different institutions, like religions, culturally shape the kinds of psychologies that develop in different places.

One of the points I want to make is a lot of the big institutions we think about, like Western law or representative government, actually flow, in part, from the way people think about the world. It wasn’t that people invented these institutions first and then they began to think about the world differently. Rather, this was a kind of evolving process where people began to think about the world a little bit differently because their families had been transformed, so they tended to adopt different kinds of laws and think about new kinds of laws to account for this. As European societies became increasingly dominated by monogamous nuclear families in the High Middle Ages, for instance, the laws being created centered increasingly on the individual and on their intentions, rights, and obligations as separate from their kin groups. Those laws then shaped the world that they subsequently grew up in even more, and you had this kind of coevolution between our psychology on one hand and our social norms and institutions on the other.

GAZETTE: How did WEIRD societies originate?

HENRICH: It goes back medieval European history and to a set of prohibitions, taboos, and prescriptions about the family that were developed by one particular branch of Christianity. This branch, which evolved into the Roman Catholic Church, established, during late antiquity in the early Middle Ages, a series of taboos on cousin marriage, a campaign against polygamous marriage, and new inheritance customs, where individuals could inherit as individuals rather than after someone dies having a property divided among a network of relatives or going laterally out to cousins. As a result, all of these restructured European families — from kindreds, clans, and other formations that anthropologists have documented around the world — formed into monogamous nuclear families. In the book, I provide evidence suggesting that it’s this particular family structure and variation and the variants of it that lead to particular ways of thinking that are more individualistic, analytic, and impersonal.

“It can take decades, or even longer, for people to culturally adapt their norms … to these formal institutions that were imposed upon them by foreign (often colonial) powers.”

HENRICH: This line of research started when some colleagues and I were compiling all the evidence we could find from around the world on psychological differences. Our project started as a critique of psychology’s emphasis on using American undergraduates for experiments. The database of psychology is largely Western students at universities and predominantly Americans, even among that. We were critiquing the field but then as we began to assemble the data, we found that the subjects most commonly used by psychologists and other experimental behavioral psychologists, like experimental economists, were psychologically unusual. This can be seen in experimental studies from across the social sciences, from the bargaining games studied by economics to work in social and developmental psychology on how people think, reason, and infer. I got to wondering what could explain these variations we were seeing and we coined the acronym WEIRD, as a kind of consciousness-raising device to remind people that researchers in particular use subjects in their experiments who are typically psychologically unusual and that they couldn’t readily generalize to everyone around the world from studying this one peculiar group.

GAZETTE: At this particular moment, why is understanding how psychological differences have given rise to the modern world so important?

HENRICH: As we’re trying to understand cultural diversity and human diversity, I think it’s valuable to recognize that people actually think quite differently about the world and that how people think about the world has been shaped by the social environments that we created culturally and then passed down from one generation to the next, creating enduring differences among populations. That then leads to some of the cultural legacies we see today where it can take decades, or even longer, for people to culturally adapt their norms along with their ways of thinking and feeling to these formal institutions —laws and forms of government — that were imposed upon them by foreign (often colonial) powers. 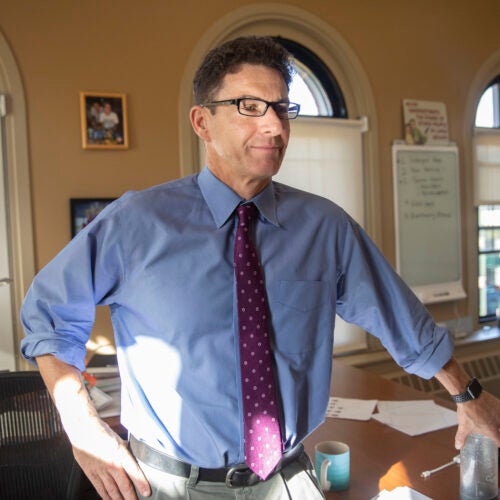 How a Roman Catholic Church ban in the Middle Ages changed extended family ties, as well as values and psychology of individuals in the West 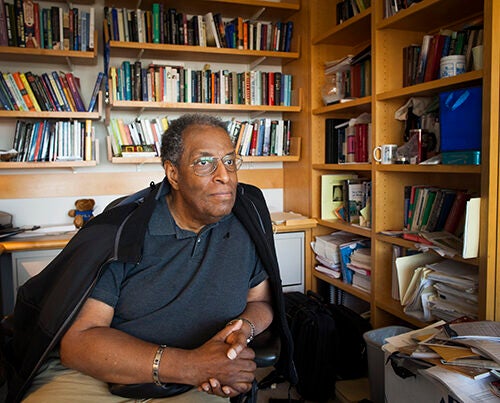 The social cycle of repression