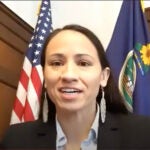 As Indian Country bears brunt of the pandemic, new calls on Washington to act

President Donald Trump plans to name a Supreme Court justice this week to replace the late Ruth Bader Ginsburg from a list of 44 nominees. He has said that he will choose a woman and wants to fill the vacancy before the November election. Court observers speculate that he will choose from five contenders: Judge Bridget Bade (U.S. Court of Appeals for the 9th Circuit), Judge Amy Coney Barrett (U.S. Court of Appeals for the 7th Circuit), Judge Barbara Lagoa (U.S. Court of Appeals for the 11th Circuit), Judge Joan Larsen (U.S. Court of Appeals for the 6th Circuit), and Kate Todd, deputy assistant and deputy counsel to the president. All of the candidates lean much farther right than the liberal Ginsburg, which means the current 5-4 conservative edge on the court would become a powerful 6‒3 majority. How far right could the court move? Really far, says Maya Sen ’00, A.M ’11, Ph.D.’12, a political scientist at Harvard Kennedy School who studies political ideology in the legal profession and the judiciary. Sen and colleagues Adam Bonica (Stanford), Adam Chilton (University of Chicago), and Kyle Rozema (Washington University in St. Louis) analyzed the 44 names on Trump’s list and found that whoever is chosen will be much more conservative than the average American. The Gazette spoke with Sen about the effects this nomination will have on the court’s balance.

SEN: We take this methodology that’s been developed for calculating people’s political preferences, basically their ideology, and we model that as a function of their campaign contributions. The logic is that if I donate money to my senator, Elizabeth Warren, and my House representative, Katherine Clark, both fairly liberal-leaning members of the Massachusetts congressional contingent, you would be able to triangulate my ideology and back out that I’m liberal-leaning also. Because if I was conservative, I wouldn’t be donating money to Elizabeth Warren. The reason why it’s really nice for judges is because the standard measures for estimating ideology don’t really work for judges. Judges tend to sit by themselves, or they sit in small groups of three, and so you can’t use the standard techniques. The standard measure for comparing congressional candidates or congressional representatives or senators in terms of ideology is to look at who they vote with.

So we used this campaign finance method to look at the donations made to or by the people on Donald Trump’s short list. We have millions and millions of contributions, not just by them, but by ordinary people from across the political spectrum. The data set is around 100 million people. Thirty-eight of [the 44] had been active political contributors or people had donated to them. There was one notable exception to that: Amy Coney Barrett. She does not have any financial political activity. She’s never received and never made any [political] donations. That might be part of a long-term strategy for appearing to be above the political fray. So we’re looking at other ways to get at her ideology. We’re still working on that.

GAZETTE: Like former Harvard Law Dean Elena Kagan, J.D. ’86, there is no long paper trail of judicial opinions by Coney Barrett, to easily quantify her views, as she spent most of her career in academia. But she did clerk for the late Justice Antonin Scalia, has expressed views on issues that are reliably conservative, and has the approval of the Federalist Society.

GAZETTE: Trump has stated he intends to appoint a woman to the bench. If it is Coney Barrett or Judge Barbara Lagoa, what does adding another conservative justice do to the ideological parity of the court?

SEN: [Chief Justice] John Roberts ’76, J.D. ’79, was the swing vote [last term]. Given that Justice Anthony Kennedy, L.L.B. ’61, had retired and he was the previous swing, the swing moved to the next conservative person on the scale. Everyone knew [Roberts] would be the pivotal person and that’s what happened. He was in the 5‒4 majority across all of the blockbuster cases. Now what happens is that a person who was a reliable liberal has passed away, and that means that Justice Ginsburg is going to be replaced with someone who is more conservative than Justice Roberts. Every one of the 44 is more conservative than Roberts and almost certainly than the next most conservative two people, [Justices Brett] Kavanaugh and [Neil] Gorsuch, J.D. ’91. People are disagreeing about who the next swing [vote] will be, Kavanaugh or Gorsuch. I think it’s going to be Gorsuch. [But either way,] these are two incredibly conservative men. The shift is going to be significant.

GAZETTE: Why is the judiciary’s rightward drift happening? Is it simply the volume of federal vacancies a Republican president and Republican Senate majority have been able to fill since 2017?

SEN: I think it is a combination of things. One is undoubtedly the very deft strategizing by Senate Republicans to maintain vacancies during the last part of the Obama administration. There was a concerted effort to keep as many seats open and to stall as long as possible with the hopes that a Republican would win the White House in 2016. There were all these vacancies ready for Trump.

With Trump, I think he hasn’t been given a wide latitude with his judicial appointments. His administration is working closely with the Federalist Society. He’s been advised by Leonard Leo, head of the Federalist Society. It’s a legitimate network with a deep bench of very talented, very smart people who have this goal dating back to the mid-1980s. This is what they’ve been working for. You can see, all of these efforts, all of this infrastructure they put in place. This is their moment. I’m not a member of the Federalist Society, but you have to hand it to them. From a strategic, raw political perspective, they just outmaneuvered the Democrats.

GAZETTE: Many liberals and even some moderates view an overwhelmingly conservative Supreme Court as a negative. Is there an ideal ideological balance the court should maintain?

SEN: That’s a really hard question. There are many reasons why that’s a hard question, but one of them is that scholars [and] lay observers of the courts, we don’t even agree on what the “ideal” is. Is the ideal for the court to be representative? That’s one possible ideal. I think Democrats would say is it a progressive court that protects the rights of minorities? That’s one ideal. Republicans would say are these non-activist judges who respect the Constitution in its original meaning? That’s another ideal. If we’re thinking about how representative the court is of ordinary Americans, this is a pretty sharp shift to the right. This would put the court ideologically out of step with average Americans. This would make the court much more representative probably of the Republican Party. So if we want the court to be representative, this is not a step in the right direction. With the Roberts court last year, with Roberts as the swing [vote], they were reaching pretty moderate decisions. At this moment, the court is kind of in sync with public opinion. But what I expect will happen is it will move sharply to the right. The conservative voting bloc is much more emboldened, or it will be. That’s going to lag a little bit — the court being out of step with public opinion. We’re not going to see the real ramifications of that for another year. It’ll take maybe three decisions for the court to walk back the moderate reputation it earned last term. 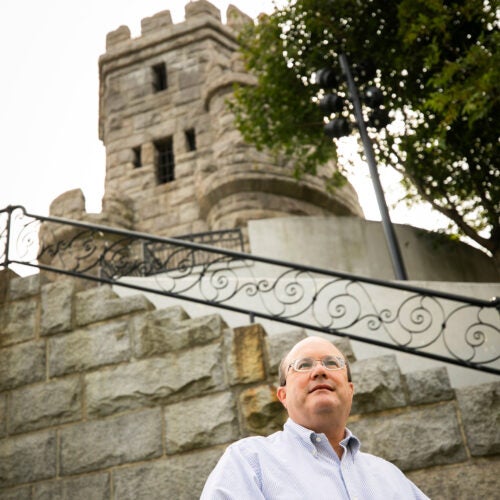 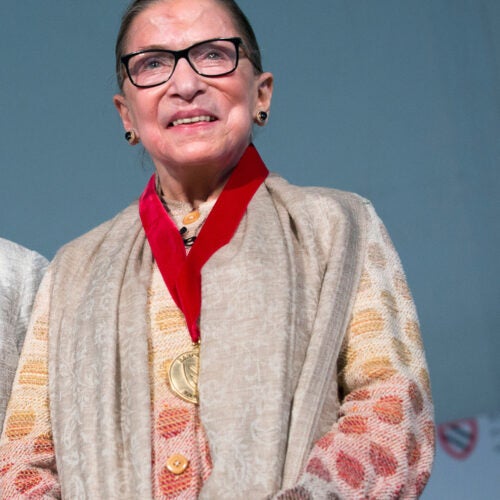 GAZETTE: Short of another vacancy, what factors could shift the court ideologically in the other direction?

SEN: Expanding the court under a Biden administration would increase the number of justices — I’ve heard anything from two to nine or something. I don’t think there’s a clear frontrunner in terms of a plan. My sense is that this is something that people who are more ideologically to the far left are supportive of. My reading of the politics of it is that moderates like [Democratic presidential nominee Joe] Biden and [Sen. Dianne] Feinstein and [Sen. Joe] Manchin are not really supportive of it. It really is a nuclear option. The one that’s the most politically viable is term limits because there are reasons why Republicans might find that appealing; and there are reasons why Democrats would find that appealing. So it seems like there’s more common support for term limits. For Republicans, it’s attractive because you don’t get these [judges] who drift toward the liberal side over time, which is something they’re very worried about. You don’t get the Earl Warrens. For Democrats, you don’t get people who refuse to retire.

GAZETTE: What effect does a Supreme Court that’s out of step ideologically with the electorate have on democracy?

SEN: We have some inklings based on decisions that the Roberts court has rendered on voting rights, and we know the conservative bloc is less supportive of expansive voting rights. They are more tolerant of partisan gerrymandering; they were willing to strike down portions of the Voting Rights Act in 2013. So the expectation is that this is not a court that is going to be friendly to voting rights. And so, the real concern that people who operate at the intersection of judicial politics and electoral politics have is that this is a court that could potentially undermine electoral and democratic systems in the United States and make it harder for people to vote than it is currently. If you have that, it just gets harder and harder to vote, and districts become more and more gerrymandered, and so that just entrenches a certain party in power. And in this case, that would be the Republican Party. That’s the worry. Once you undermine the way that our elected officials are elected, it’s really tough to bounce back from that. You have to consistently rely on these huge margins of victory to regain some semblance of representation. And that’s really hard.