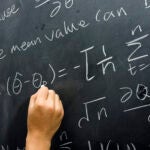 Harvard scientists will take leading roles in a new federal government effort to advance quantum computing, an experimental technology that could make it possible to perform calculations at speeds inconceivable today and usher in game-changing innovations in medicine, artificial intelligence, drug development, and other fields.

The White House Office of Science and Technology Policy and the U.S. Department of Energy (DOE) announced last week the creation of five new Quantum Information Science (QIS) Research Centers across the country. These centers, led by DOE national laboratories, will be part of the U.S. National Quantum Initiative.

The DOE awarded $625 million over five years to the Argonne, Brookhaven, Fermi, Oak Ridge, and Lawrence Berkeley national laboratories to establish centers. Each facility will have an interdisciplinary research team and multiple partner institutions. Harvard researchers will play important roles in the centers at Brookhaven, Oak Ridge, and Lawrence Berkeley.

“This very welcome federal investment in QIS Research Centers will catalyze advances in one of the most exciting areas of science today. Nobody who knows their work will be surprised to see the prominent roles that Harvard scientists and engineers, each one of them a leading innovator in quantum science, will play in the new centers,” said Provost Alan M. Garber. “I look forward to seeing the results of their research, which promises to help shape the future of computation and data science.”

The Quantum Systems Accelerator (QSA) at the Lawrence Berkeley National Laboratory (Berkeley Lab) in Alameda County, just north of the University of California, Berkeley, was awarded $115 million over five years to develop the solutions needed to build working quantum systems, which harness the power of quantum mechanics.

Mikhail Lukin, a George Vasmer Leverett Professor of Physics and co-director of the Harvard Quantum Initiative, is project leader of one of the QSA’s major research thrusts: algorithms and applications. Lukin and his team will investigate how quantum computers can meaningfully speed up answers to real-world scientific problems and create new tools to quantify this advantage and performance.

“Within this project, DOE labs partner with leading academic research groups from across the country to address some of the most important challenges in the field of quantum information science: building useful quantum systems, and working together toward the exciting goal of realizing new applications that are out of reach for the most powerful classical computers,” Lukin said.

John Doyle, the Henry B. Silsbee Professor of Physics and co-director of the Harvard Quantum Initiative, is also a primary investigator (PI) at the center. His research will focus on creating programmable arrays of single molecules for use in quantum computing and simulations. The arrays can realize several different types of simulations and computations, with each molecule acting as a single qubit, the much more powerful quantum version of a classical computer bit. 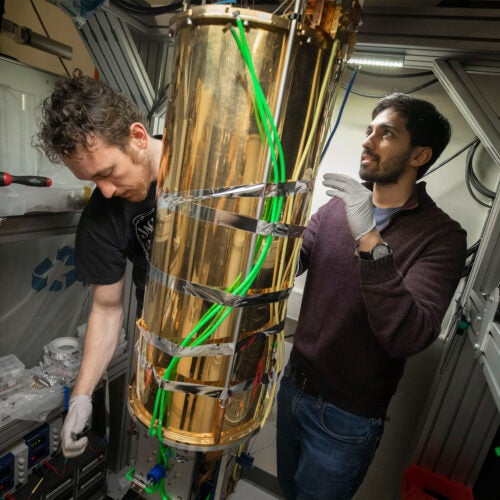 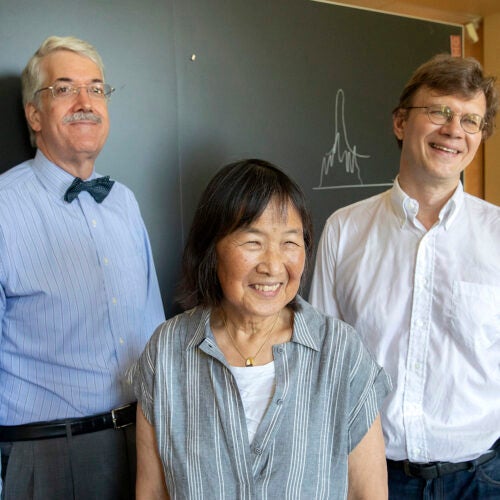 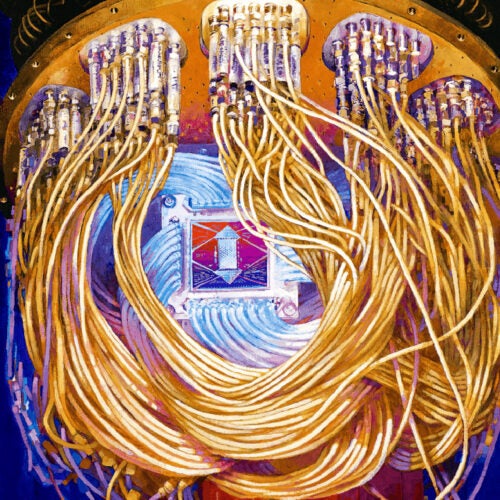 “We are doing the basic research into a new quantum-computing platform — individually controlled arrays of single molecules,” said Doyle. “This new center will seed our ideas into other areas of research as we, in turn, learn about new developments made with other quantum platforms. I’m so thankful for all the hard work from people in the Harvard Quantum Initiative who made it possible for us to be part of this center.”

Doyle and Lukin will be working with Markus Greiner, also a George Vasmer Leverett Professor of Physics, and Kang-Kuen Ni, the Morris Kahn Associate Professor of Chemistry and Chemical Biology and of Physics, on this project.

The Quantum Science Center, led by the Oak Ridge National Laboratory outside Knoxville, Tenn., likewise will receive $115 million over five years to develop topological quantum materials for manipulating, transferring, and storing information, and transition this knowledge to the private sector for use in practical applications such as quantum computers and sensors.

Amir Yacoby, professor of physics and of applied physics, will lead one of the research directions focused on developing new approaches for sensing quantum matter. Prineha Narang, assistant professor of computational materials science at the Harvard John A. Paulson School of Engineering and Applied Sciences (SEAS), is also a member of this research team.

Yacoby and Narang’s work will focus on using quantum sensing techniques to explore quantum materials. Quantum materials exhibit exotic and often mind-boggling properties, such as quantum fluctuations, quantum entanglement, quantum coherence, and topological behavior. These materials could be powerful platforms for quantum technologies — if researchers can understand and harness their underlying properties. Yacoby and Narang plan to use superconducting circuits and magnonic excitations to find new ways to explore these powerful materials on the mesoscale.

“The Quantum Science Center is about transforming typically fragile quantum states into resilient, controllable, and scalable quantum systems in order to realize the promise of quantum technologies,” said Narang. “It’s an incredible team of people, and I’m super excited to not only partner with Oak Ridge National Lab over the next five years but also to forge relationships with the industry partners, particularly Microsoft and IBM, who will be crucial to translate our fundamental work into technology.”

The Co-Design Center for Quantum Advantage, headquartered at Brookhaven National Laboratory in Upton, N.Y., on Long Island, will receive $115 million over five years to develop materials, devices, software, and applications that will serve as a platform for the next generation of quantum computing capabilities. The goal is to overcome the limitations of today’s early stage quantum computers and propel the field forward to unlock new capabilities to tackle real-world challenges.

Yacoby is a member of a research team that is focusing on developing a multi-probe scan system for exploring quantum materials and, in particular, superconducting qubits.

“These research centers will allow us to develop new methodologies to unravel hidden properties of quantum materials,” said Yacoby. “In turn, these new material properties will lead to new quantum technologies with unprecedented capabilities.”

The DOE also announced that Evelyn L. Hu, the Tarr-Coyne Professor of Electrical Engineering and Applied Science at SEAS and co-director of the Harvard Quantum Initiative, will sit on the National Quantum Initiative Advisory Committee (NQIAC), which will counsel the White House on QIS policy.

“I am tremendously honored to be part of the NQIAC, to be able to work with outstanding colleagues to help guide a national policy in this transformative area of science technology,” Hu said. “I hope to serve as a conduit of information between perspectives at the national level and the wealth of exciting quantum activities at Harvard and the Boston area.”

In addition to the DOE-funded QIS research centers, Harvard quantum engineers and scientists are involved in several other new quantum centers and institutes funded by the National Science Foundation. Lukin, Narang, and Marko Lončar, the Tiantsai Lin Professor of Electrical Engineering at SEAS, are PIs in the recently announced Engineering Research Center for Quantum Networks (CQN), headquartered at the University of Arizona in Tucson. CQN aims to create foundations for the future quantum internet by developing key technologies and new functional building blocks connecting quantum processors over local and global scales.

Doyle and Susanne Yelin, professor in residence at the Department of Physics, will serve as co-PIs in the newly launched NSF Quantum Leap Challenge Institute for Enhanced Sensing and Distribution Using Correlated Quantum States. This institute, led by the University of Colorado in Boulder, will design, build, and employ quantum sensing technology for a variety of applications in precision measurement.

“These funded centers are important steps toward stronger collaboration between leading academic groups, national labs, and industry in this rapidly developing field,” said Lukin. “We at Harvard are looking forward to extending and broadening these engagements that will benefit science, technology, and society.”