Disruption of work relationships adds to mental-health concerns during pandemic 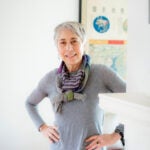 A recent Harvard study highlights how much emotional support we get from workplace relationships, and that it has not only been our jobs that the pandemic has disrupted, but these important informal ties as well.

The survey, conducted by the Harvard T.H. Chan School of Public Health’s SHINE program, examined workplace well-being among 1,271 participants in 17 industries, including agriculture, manufacturing, construction, finance, arts, and health care. It found that the physical impacts of COVID-19 have been widespread, with 35 percent saying they or someone in their immediate family or social network had the virus. In addition, 32 percent said job security decreased, 44 percent said household income decreased, 40 percent said workload increased, and 52 percent said time spent on a computer screen increased.

“There’s lots of data that increased screen time is not a good thing, but we leaned into it because that was our response to the pandemic,” said Eileen McNeely, founder and executive director of SHINE, the Sustainability and Health Initiative for NetPositive Enterprise, which examines workplace well-being in an array of settings around the world.

Given the pandemic’s widespread disruption of the economy, the task-related and financial changes may not be surprising, but the survey also documented an array of mental-health impacts that McNeely said are at least partly due to severed or altered workplace relationships that have become more important in an era where club membership, volunteer work, and other traditional means of social connectedness are on the decline.

“Work has such a predominant influence in all of our lives … we think of health care, we think of public health, but work is an intervention in and of itself,” McNeely said. 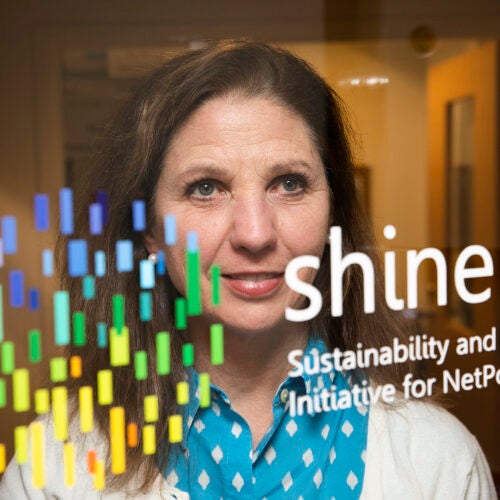 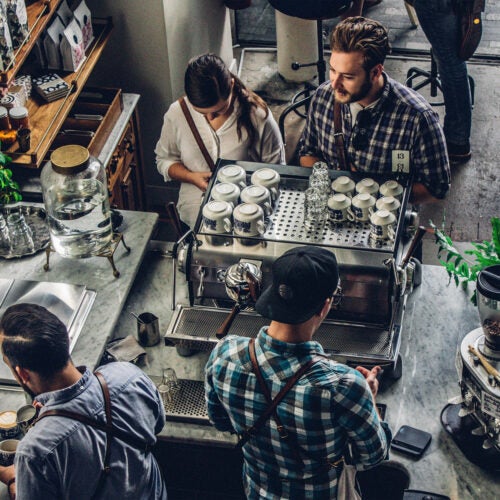 Though some survey results — such as increased screen time — are likely outgrowths of the move to remote work, she said the survey included those who have continued to report to their job site. Though they were still in proximity to some colleagues, altered shifts, required protective equipment, distancing guidelines, and the stress and fear associated with visiting the workplace likely interfered with connectedness and were reflected in the results, she said.

The good news, McNeely said, is that employers appear to have appreciated the stress that the unusual circumstances are putting on workers, with 47 percent of employees reporting that management has been more compassionate and empathetic, and 39 percent saying co-workers’ helpfulness and supportiveness increased as well. On a personal level, 25 percent of respondents also reported an increase in learning and creativity.

The implication, McNeely said, is that though the temptation has been to focus on concrete aspects of the pandemic — making sure computers work seamlessly in remote settings, that work schedules make sense, that sanitation procedures and COVID testing requirements are clear — additional attention needs to be paid to social connectedness and work’s community aspect if employee well–being is to improve.

“There’s a lot of concentration on the factory floor to oiling machines, putting sensors on machines to ensure they’re operating well, but they often don’t do that with people,” McNeely said. “Companies are thinking about the new normal, about remote work — do people have IT support? — but really we need to be thinking deeper than that.”

McNeely said SHINE plans to begin devising and piloting programs to improve workplace resilience and connectedness — such as intentional community-building exercises — and then share best practices that emerge.

“We now should be thinking about piloting certain work innovations that address these underlying and invisible factors, McNeely said. “That’s what we hope to do: evaluate what is successful toward the goal of well-being.”