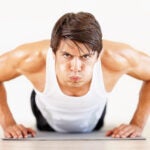 What good is a sustainable environment if it leaves people unhappy, unhealthy, and broke?

As the calls for sustainability practices grew louder in recent years, Eileen McNeely thought the conversations were ignoring that important point. Too close a focus on the environment — and on the starvation, disease, and heat stroke that climate change is expected to inflict — and you miss the idea that humans might actually flourish in a sustainable world, she said. And that’s a problem.

“Unless people are flourishing, they’re not going to care about the environment,” said McNeely, an instructor in the Harvard T.H. Chan School of Public Health’s Exposure, Epidemiology and Risk Program. “That’s always been a challenge for the environmental movement: How do you make a distant reality pertinent for the present? Flourishing is really [about] the quality of life every day.”

To find a solution, four years ago McNeely and her colleague Greg Norris, now at MIT, decided to investigate how to improve health and wellness for people around the world. Their project would focus on the workplace, an area that is not only where many people spend much of their waking time, but that is also important to how businesses operate around the world — and hence to sustainability.

Earlier in her career, McNeely worked with labor unions, where she said the common assumption was that business was a negative force that had to be “reined in on behalf of the disempowered.” But today’s problems are too complex and business’ potential influence too large to take such a one-sided point of view. Business, she realized, had to be part of the answer.

“We absolutely need commerce to be a force for good,” she said.

In the past four years, her and Norris’ project, called SHINE, for Sustainability and Health Initiative for NetPositive Enterprise, has established a network of some of the world’s most recognizable business names: Johnson & Johnson, Owens Corning, Kohler, women’s clothing manufacturer Eileen Fisher, Aetna, 3M, VF (the parent company for The North Face, Lee and Wrangler jeans, and Timberland), Levi Strauss & Co., and Target Corp. The alliances have allowed SHINE researchers to examine those companies’ inner workings, and to extend their work into international factories that are part of some of those brands’ supply chains.

“We’re working hand-in-hand with companies, helping them be a force for good,” McNeely said. “We’re developing tools, methods, proof points for what works and what doesn’t.”

“We’re working hand-in-hand with companies, helping them be a force for good.”
— Eileen McNeely

Today, SHINE has nine staffers, as well as students. Since the organization’s founding, they’ve researched everything from workplace wellness at Owens Corning to the health impacts of flight attendants’ unique working conditions to, more recently, conditions at garment factories around the world.

Last spring, SHINE announced a partnership with insurance giant Aetna to survey its workforce about health and wellness, taking pains to consider a comprehensive range of variables such as physical and emotional health, purpose, character strengths, social connectedness, and financial security. Researchers are seeking to understand the difference between having a menu of proven wellness programs — exercise, healthy diet, etc. — and creating a workplace culture that melds those together and helps people flourish. The survey will be used both to better understand workplace conditions, and to design interventions aimed at increasing well-being.

In 2015, SHINE researchers developed a survey tool to measure parameters of well-being among factory workers in the supply chains of Levi Strauss & Co. and Target Corp. The survey gets responses directly from workers and, McNeely said, is more reliable than the traditional oversight method involving a factory code of conduct and audits by inspectors. Not only are the inspections subjective and dependent on the viewpoints of individual inspectors, they’re also open to corruption.

“It’s been the same model for 25 years and it hasn’t moved the needle one iota,” McNeely said.

SHINE’s work, done with the help of nonprofit partners, has already gathered responses from 9,000 workers, and recently got the attention of — and funding from — the U.S. State Department, which has an interest in ensuring U.S. companies are not taking advantage of foreign workers.

“It’s really what Fortune 500 companies do in their own offices,” McNeely said. “This is giving workers the same respect and opportunity for weighing in directly about their experiences.”

The collaboration with such recognizable names, McNeely said, opens doors for researchers that might otherwise remain shut.

“Collaborating with our SHINE member companies is key,” McNeely said. “Levi’s will say to its factories, ‘Harvard is conducting research and we think it would be helpful for your workers to participate in their survey.’”

The State Department grant will support the use of blockchain technology to develop a secure platform for tracking workers’ health and well-being. The result, McNeely said, will be a global platform that provides transparent results and a way to understand the working conditions of factory workers in supply chains worldwide.

“It makes everything visible,” she said. “We can compare what happens in China to what happens in Mexico. We can understand how orders are placed and how that impacts overtime hours and fatigue in workers. We can understand how the ways of ‘fast fashion’ are impacting not just consumers, but also what’s happening to workers. And we can use that learning to inform the choices of suppliers, buyers, and consumers.”