The positive effects of optimism 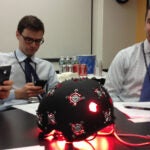 In its Three Questions, Three Answers series, Harvard T.H. Chan School of Public Health’s Laura Kubzansky  discusses the  link between optimism and hypertension. Kubzansky, who is co-author of the  study, is the Lee Kum Kee Professor of Social and Behavioral Sciences and co-director of the School’s Lee Kum Sheung Center for Health and Happiness.

Chan School: What did your study find?

Kubzansky: In a population of relatively young and healthy U.S. Army active-duty soldiers, we found that those who tested highest for optimism at the start of the study had a 22 percent lower risk of developing hypertension during three-and-a-half years of follow-up than those who scored the lowest. We know that people in the military are more susceptible to early-onset hypertension because of the stressors associated with their jobs (for example, combat exposure), so it was striking to see that much of a protective effect — and also that the finding held for both women and men, and across racial and ethnic groups.

We took into account of a lot of other factors that might have explained away the apparent effects of optimism, including number of deployments, smoking, and levels of depression, but none of them substantially altered our key finding. People who are optimistic don’t tend to be depressed, but our analysis further suggests that optimism confirms protection over and above signaling the absence of a risk factor — it’s a positive health asset.

Given that early-onset hypertension can lead to many cardiac and cardiovascular problems down the road, it’s important that we identify protective factors and seek ways to foster them early on.

Chan School: What are the pathways that might explain the health benefits of optimism?

Kubzansky: We think that optimism enhances people’s ability to regulate both their emotions and their behaviors. People who are more optimistic are less likely to smoke and to misuse alcohol, and more likely to engage in physical activity. They often have a healthier diet, although we didn’t have data on that in this particular study.

We’ve also been looking at how optimism may affect biological processes. Some research has suggested that optimism is associated with lower levels of inflammation. So, maybe there’s more anti-inflammatory activity or higher levels of antioxidants that circulate, which in turn protect against hypertension or other adverse cardiovascular outcomes. Another biological factor that we have seen in multiple studies linked to optimism is higher levels of HDL, the healthy lipids. We’re also curious to look at optimism in relation to the microbiome and are hoping to get the data to be able to do that.

One of the challenges to this work is that so much of research is focused on what causes deterioration and poor health. There are actually a lot fewer studies about what a positive biology would look like. So identifying pathways and mechanisms requires a little more creative thinking.

Chan School: Months into a global pandemic, optimism might seem like a tall order. What can people do to improve their long-term outlook?

Kubzansky: It may seem odd to talk about optimism in the midst of so much suffering. However, it’s perhaps more important than ever to think about ways to enhance functioning and not solely look at what happens when things go wrong, in the interest of preventing even more suffering later on. 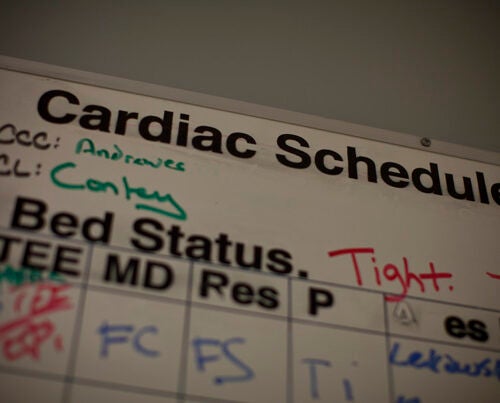 With regard to optimism, the good news is that it seems to be only about 25-30 percent heritable, which means that there’s a lot of room to improve it. There’s no one-size-fits-all intervention, but there are some things that people have found can help. For example, imagining your best possible future self and the things you can do to get there. Writing a gratitude letter can also be a useful exercise, because it reminds you that good things are possible. Some people might want to try counseling or meditation as a way to find some respite from focusing just on the things that may be going wrong.

But it’s also important to talk about whether people have equal opportunity to be optimistic. For example, we’ve found that optimism tracks a lot with education. I think it’s partly because people with higher levels of education tend to pick up more problem-solving skills. So, we want to create environments where people feel like they have the power to tackle problems and be efficacious.

Our findings in the current study suggest it would be beneficial if we could find ways to improve levels of optimism relatively early in life. That’s a very grand dream, but it seems like it might be worth spending a little bit more time thinking about how to manage that. Even if you can’t fix every health problem, it may be that you can identify assets that can be made available to more people that will help them stay healthier.