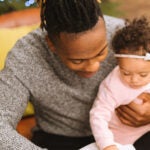 As the presidential race enters its final weeks, President Trump and former Vice President Joe Biden both hope to compel voters to the polls by drawing contrasts with their opponent, swapping barbs intended to paint the other as unfit. Most politicians draw the line at trash talk, recognizing that seeming too divisive could hamper their efforts to appeal to as many voters as they can. Trump, however, is known for harsher rhetoric, for instance labeling former President Barack Obama a “traitor” and criticizing supporters of the Black Lives Matter movement as “terrorists.” His goal appears to be rallying his ardent backers instead of widening his support.

Making oneself odious to most of society, as in getting a gang tattoo, is known as “costly signal deployment.” Professor Joshua D. Greene ’97, an experimental psychologist who studies the scientific underpinnings of moral judgments and decision-making, spoke with the Gazette via email about the likely rationale behind such a strategy, and what has changed since his acclaimed 2013 book “Moral Tribes: Emotion, Reason and the Gap Between Us and Them.”

GAZETTE:  Both Biden and Trump have framed the 2020 election as an existential choice between a dark, corrupt, and dangerous dystopia brought about by their opponent and the halcyon world they promise to deliver. It’s “The Soul of America” or “Trump’s America.” How do people’s natural impulses to want to be “winners,” or the party in power, versus those who believe it’s important to be part of a majority, or “on the right side of history,” complicate this election?

GREENE:  “Complicate” is a major understatement. The great innovation of democracy is the peaceful transfer of power — deciding things by vote rather than by violence. But that requires a shared willingness to accept some big political losses. That shared commitment to living by the vote is under grave threat. But the threat is not symmetrical, and we should avoid the mistake of false equivalence. Trump has been actively undermining the democratic process since before he was elected in 2016. In 2016 he would not commit to accepting the outcome of the election if he were to lose. And even after the election he did not accept that he lost the popular vote, claiming without evidence that millions of fraudulent ballots were cast for his opponent. His view is “Either I win, or it’s fraud.” And this view is endorsed by a large number of Republicans.

Neither Biden nor other prominent Democrats have done anything like this. Biden and the Democrats are not making baseless claims about voter fraud in order to discredit their electoral losses. What’s new in the Trump era is not that both sides strongly prefer winning to losing. It’s that the President himself is using systematic misinformation, the solicitation of foreign interference, threats of violence, and his power over government agencies (most notably the Postal Service) in order to disrupt the democratic process. And to the extent that the Democrats are worried about a second Trump term, it’s because they understand the stakes.

GAZETTE:  In a recent New York Times piece, you are quoted calling Trump an expert at saying what his supporters want to hear, and you described his deliberately provocative and divisive remarks as performing a function similar to gang tattoos. Can you explain what you meant, and what are some examples of signaling that Trump and Biden have used so far in their campaigns?

GREENE:  Trump isn’t merely saying things that his base likes to hear. All politicians do that, and to the extent that they can do so honestly, that’s exactly what they are supposed to do. But Trump does more than this in his use of “costly signals.” A tattoo is a costly signal. You can tell your romantic partner that you love them, but there’s nothing stopping you from changing your mind the next day. But if you get a tattoo of your partner’s name, you’ve sent a much stronger signal about how committed you are. Likewise, a gang tattoo binds you to the gang, especially if it’s in a highly visible place such as the neck or the face. It makes you scary and unappealing to most people, limiting your social options, and thus, binding you to the gang. Trump’s blatant bigotry, misogyny, and incitements to violence make him completely unacceptable to liberals and moderates. And, thus, his comments function like gang tattoos. He’s not merely saying things that his supporters want to hear. By making himself permanently and unequivocally unacceptable to the opposition, he’s “proving” his loyalty to their side. This is why, I think, the Republican base trusts Trump like no other.

There is costly signaling on the left, but it’s not coming from Biden, who is trying to appeal to as many voters as possible. Bernie Sanders is a better example. Why does Bernie Sanders call himself a socialist? What he advocates does not meet the traditional dictionary definition of socialism. And politicians in Europe who hold similar views typically refer to themselves as “social democrats” rather than “democratic socialists.” “Socialism” has traditionally been a scare word in American politics. Conservatives use it as an epithet to describe policies such as the Affordable Care Act, which, ironically, is very much a market-oriented approach to achieving universal health insurance. It’s puzzling, then, that a politician would choose to describe himself with a scare word when he could accurately describe his views with less-scary words. But it makes sense if one thinks of this as a costly signal. By calling himself a socialist, Sanders makes it very clear where his loyalty lies, as vanishingly few Republicans would support someone who calls himself a socialist.

GAZETTE:  Biden’s frequent references to the loss of his first wife and daughter and to his early career in Congress as a “single dad” widower are intended to highlight his character and relatability to working parents. And yet, these tragic experiences are fairly uncommon and may suggest to some who cannot relate to them that perhaps Biden is different from them or, worse, may instill the idea that because Biden suffered emotional trauma, he would be a problematic leader. Are those examples of costly signals?

GREENE:  I would not characterize those as costly signals. A costly signal is not any signal about a cost that one has paid. And it is not just any case of “signaling.” A costly signal in the relevant sense is a signal that demonstrates one’s commitment (or other valued trait) through the paying of a cost. Biden has presumably suffered greatly as a result of his personal losses, but the fact that he’s suffered those losses and is willing to talk about them does nothing to demonstrate (or undermine) his commitment to his political team. It may make him a more sympathetic, relatable, or otherwise appealing person, but in sending these messages he is, again, saying things that he hopes will appeal to both sides. By contrast, when Trump leads chants of “Lock her up” and makes vague comments about how maybe the “Second Amendment people” can do something about Hillary Clinton if she becomes president, he’s not attempting to broaden his appeal. He is bonding with his base by saying things that are completely unacceptable to liberals and moderates, and thus demonstrating that he will never betray them, never change sides.

GAZETTE:  How effective is “costly signal deployment,” and what are the potential harms? It used to be thought that winning in politics was about expanding appeal, not narrowing it. Don’t Us versus Them ultimatums based on political ideology, race, class, religion, education, etc., drive away all but extremists?

GREENE:  Yes, it’s absolutely a problem. For Republicans, it’s an inter-party problem: You’re either for Trump or against him, and there’s nothing in between. The Republican Party has exiled or subdued pretty much all non-Trumpy Republican politicians. For Democrats, it’s an intra-party problem: If you’re not sufficiently progressive, then you’re “as bad” as Trump.

GAZETTE:  What’s changed since you wrote “Moral Tribes: Emotion, Reason, and the Gap Between Us and Them,” and how?

GREENE:  Conservatives and Republicans have traditionally characterized themselves as champions of limited government and individual freedom, as well as champions of traditional values, such as honesty and commitment to community and family. In “Moral Tribes,” I took a different view:

“In sum, American social conservatives are not best described as people who place special value on authority, sanctity, and loyalty, but rather as tribal loyalists — loyal to their own authorities, their own religion, and themselves. This doesn’t make them evil, but it does make them parochial, tribal. In this they’re akin to the world’s other socially conservative tribes, from the Taliban in Afghanistan to European nationalists.”

Back in 2013, the idea that the Republican Party was the party of American nationalism was not so obvious. Now, it’s pretty obvious. Indeed, Trump has called himself a nationalist, something that prominent politicians did not do before Trump.