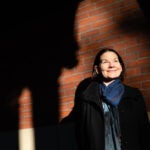 A unique characteristic in resistant cancer cells makes them easier to identify, eliminate

Blood cancers, such as leukemia, can be effectively treated with chemotherapy, although relapse usually occurs when resistant cancer cells evade the original drug regimen.

Harvard University researchers have identified a unique characteristic of the resistant cancer cells: a temporary change in metabolism, or how they use nutrients. The findings, published in the journal Cell Metabolism, pave the way for using drugs to target the metabolic pathway and eliminate resistant cells.

“In the cancer field, we usually think about resistance as a concept linked to permanent genetic changes. Our findings show that there are other mechanisms contributing to why some cells survive chemotherapy and others do not — the nutrients they have in their microenvironment and how they use them might matter just as much as the genetic background,” said senior author David Scadden, the Gerald and Darlene Jordan Professor of Medicine and professor of stem cell and regenerative biology.

Resistant cancer cells are rare, so they are difficult to detect after chemotherapy. To identify the cells and track their progression over time, the researchers used a mouse model of acute myeloid leukemia and labeled the cells with a bioluminescent protein and a fluorescent protein. The researchers honed in on the cells at two specific time points.

“We studied the cells when the cancer relapsed, which is normally the point that resistance is studied, because it is clinically obvious,” said lead author Nick van Gastel. “But we also isolated the cells at the point of maximal chemotherapy response, which is basically the moment that you have the fewest cells left. Those are the cells that endured the chemotherapy stress and can now cause relapse.”

The researchers found that the cells left after chemotherapy went through a temporary change in metabolism. Specifically, they changed the way they used the amino acid glutamine, directing it almost exclusively to fuel nucleotide production.

“If you look too late, when the relapse has occurred, these changes are no longer visible,” van Gastel said. “It’s a transient stress response. If you target metabolism during that time, the cancer cells are extremely vulnerable.” 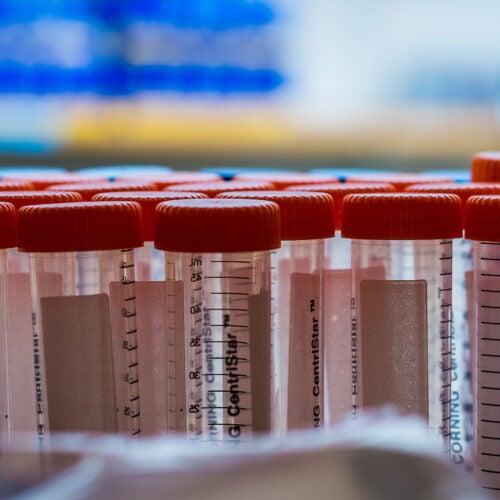 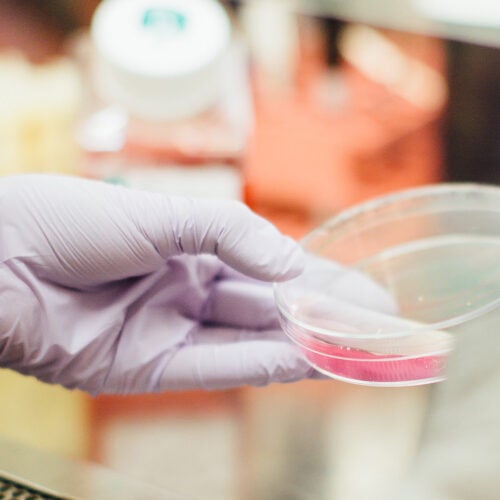 When the researchers targeted glutamine metabolism or nucleotide production for even just one day, resistant cells were eliminated and disease survival improved.

“This opens a whole new set of possibilities for targeting these cells because you’re no longer just looking for drugs that can target genetic mutations, which is difficult to do,” van Gastel said. “Metabolic programs are driven by enzymes, and from a chemical point of view they are much easier to target pharmacologically using small molecules and drugs.”

Currently, several companies are developing potential drugs that inhibit this metabolic pathway, although not necessarily intended for cancer treatment. The researchers hope that an inhibitor can be repurposed and combined with chemotherapy to improve patient outcomes.

“If you give the inhibitor to patients who have undergone chemotherapy, you might not need to give them this new drug for a very long period. You can really target that exact moment of metabolic change, which might avoid some of the toxicity issues associated with longer term treatments,” van Gastel said.

Beyond leukemia, the researchers believe their approach has broader applicability. Scadden said: “In other types of cancer and diseases, the cells’ environment contributes to and often drives the outcome. Viewing these problems in the context of dynamic ecosystems can often lead to new approaches, but it does require moving away from the reductionist view of single genes or single cells. Find a key moment or pathway in the lives of cell communities, and we might be able to make a difference. It’s a bit like the keystone in an arch: studying that one stone won’t tell you much, but consider it in terms of the time of its placement and the stones beside it, and you really see its meaning.”

This study was supported by Alex’s Lemonade Stand Foundation, Tap Cancer Out, the Koch Institute – DF/HCC Bridge Project, the Swedish Research Council, the National Institutes of Health, the MIT Center for Precision Cancer Medicine, the Ludwig Center at MIT, the Howard Hughes Medical Institute, the Harvard Stem Cell Institute, the Ludwig Center at Harvard, and the Gerald and Darlene Jordan Chair of Medicine at Harvard.