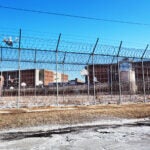 Experts see change on horizon amid pandemic, reckoning around race, and upcoming election

This year has been a shocking, “catastrophic” one for the country, filled with pandemic suffering, racial division, and death. But it has also produced moments of hope, inspired protests for racial justice powered by crowds of unprecedented diversity and size, and forced many Americans to face their prejudice head-on, experts said Wednesday during an online talk hosted by Harvard’s Hutchins Center for African and African American Research, and PBS.

The discussion was opened by Henry Louis Gates Jr., Alphonse Fletcher Jr. University Professor and director of the Hutchins Center, who invoked the memory of Civil Rights icon John Lewis and read from a letter by him published in The New York Times after his death last month. “We do not want to be driven back to the place that we were, a place that John Lewis, the conscience not only of Congress, but the conscience of our country, described so aptly as a place where, and I quote, ‘Fear constrained us like an imaginary prison and troubling thoughts of potential brutality committed for no understandable reason were the bars.’”

Gates then posed this question: “Must inequality and brutality be our national legacy?” He turned for answers to journalist and author Charlayne Hunter-Gault, who was the moderator, and to the panel, which included Lawrence Bobo, W.E.B. Du Bois Professor of the Social Sciences and dean of the Division of Social Sciences; Neera Tanden, president and CEO of the progressive think tank Center for American Progress; Donna Brazile, Democratic strategist and Fox News contributor; Shermichael Singleton, conservative political analyst; David Brooks and Charles Blow, New York Times columnists; and Vernon Jones, a Democratic member of the Georgia House of Representatives who has endorsed President Trump’s re-election bid.

Hunter-Gault began by asking the panel a question of her own about how the pandemic and America’s racial reckoning were affecting their perceptions of equity and justice. All agreed that both have turned a bright light on the health, social, and economic disparities that plague the country and forced many to reconsider their stance on racial issues. Several of the speakers also called for a strong national response and leadership, as well as the need for collective action moving forward.

Tanden, who recently recovered from COVID-19, said the pandemic and her personal experience made her rethink “equity writ large.”

“I hope [the virus] creates a sense of shared fate,” she said, “and gives us a sense that we actually have to act collectively to solve these problems.” Failure to act, she added, affects the most vulnerable, specifically “people of color who do not have access to the health care system, who do not have the health care resources, day in and day out, that whites do.”

Long-term solutions are going to be key to significant change and to making progress toward racial justice, said Singleton. Among them are better funding for community-based hospitals, access to healthy food and information about healthy eating habits in communities of color, and correcting the national shortage of African American doctors. We need “individuals who are from our community who understand our behaviors and trends … [and can] better provide care for us,” he said.

Brooks described 2020 as a “shocking year” and an inflection point similar in magnitude to “the late 1960s or the progressive era of the late 1890s.”

George Floyd’s death at the hands of a white policeman and the nation’s failed response to the pandemic “emerged as an existential indictment of American culture and institutions for a lot of people, and it destroyed our trust in each other,” said Brooks. “It came as an emotional shock. The number of people who are depressed is three times [what it was] a year ago; 80 percent of Americans think America is spinning out of control.”

Jones, the Georgia legislator, had tweeted earlier in the day that if people wanted to know why he wasn’t “voting for @JoeBiden or supporting @DNC socialist & marxist Democrats agenda,” they should tune into the discussion. He kept his promise when the mic was his.

“I think most African Americans assess both political parties, and out of the two I think many would argue they are choosing the lesser of two evils,” said Singleton, a Republican since the age of 14. “Now would I like to see that change? Absolutely. But in order for that to change the Republican Party has to take some serious steps to make the party itself worthy of the African American vote. I don’t think the party has done that.”

Brazile, who managed former Vice President Al Gore’s presidential campaign, acknowledged both parties’ past failings to address structural racism and inequality. But the former Democratic National Committee leader also defended her party and its many contributions, telling Jones, “As a Black woman who rose to become a chair of a party, a party that Fannie Lou Hamer integrated, a party that she sat down for, I just wanted you to know that we are changing that party, and we are not sitting down playing marbles.”

Jones refrained from blaming Trump for a lack of strong leadership during the pandemic, saying instead that the responsibility lay with state and local leaders and that the federal government’s role was not to impose a national strategy but instead to “provide and augment states with resources.”

He was alone in his assessment.

“There is no effective national policy and that is allowing people to die,” said Blow. “That is just a fact.”

Brazile said the problem is the lack of national testing and tracing, and providing adequate resources to states and local governments to allow them to respond to the emergency.

Brooks called the federal government’s pandemic response “more shambolic than any other nation on earth,” and its response to the country’s racial divide “even worse.”

In the past, Brooks said he’d felt sympathetic toward voters who felt disenfranchised and supported Trump in the hopes that they would be heard and their situation improved. Today, he said it would “take a lot of racism to elect [Trump] again, so my view of people who are supporting him again, it darkens your whole view of the country.”

Trump, Brooks said, has been “a catastrophe, and I say that as someone who’s been mostly on the conservative side of things all these years. But this is not what I signed up for.”

In addressing the upcoming election, the panelists agreed that there has been a shift away from Trump and the Republican Party. While presumptive Democratic nominee Biden’s leading poll numbers have slipped in recent weeks, other polls suggest there are fewer undecided voters and that people’s party affiliations have changed, said Brooks.

“If you look at party identification, in January 2020, 49 percent of Americans polled said they leaned toward the Republican Party and 47 percent to the Democratic Party. On July 1, 2020, 51 percent said they lean to the Democrats, 39 to the Republicans. That’s a 13-point shift. That’s astounding. … That’s a reaction against Donald Trump,” he said.

In keeping with the trend of recent decades, the upcoming election will likely hinge on a few swing states, said Brazile, who said she worries the pandemic could disrupt the process and affect the results. “I am concerned that too many Americans will miss the deadline to turn in their ballots. I am concerned that they don’t understand that they have to have a signature check to verify. And yes, I am concerned about long lines at the polls.”

Blow echoed those concerns, noting that Trump has been weakening the U.S. Postal Service while attacking mail-in voting, and expressed his fears about voters getting equal access to the ballot. “I always worry about that,” said Blow.

In his response to the panelists, Bobo touched on a number of the topics raised during the hourlong discussion. He agreed with Brooks’ assessment that the U.S. has entered into a kind of “catastrophic moment” and said that the fate of major policy and structural changes called for by many of the panelists hinged on the outcome of the election.

Democratic institutions are under threat, said Blow, because government officials have long failed to heal the racial divide in the country and respond to the rising inequality in the nation. “I see it as the core of why people are willing to buy into cynical conspiratorial, sometimes even nonsensical positions uttered by figures in national leadership, because they don’t know who to trust when their expectations and demands have been unfulfilled for such a long stretch of time by such a wide swath of mainstream politics,” he said.

Strong national leadership will be key moving forward, said Bobo. Like most panelists, he argued that a strong response from Washington to the pandemic could have saved thousands of lives, and he called the failure to issue a national directive to wear masks “borderline criminal.”

But like many of the panelists, Bobo said he too saw hope in the swell of protests led by demonstrators young and old and from a range of racial, ethnic, and economic backgrounds.

Hunter-Gault ended the discussion the way that Gates introduced it, recalling Lewis’ memory and words, and his tireless fight for equality.

“Though I may not be here with you, I urge you to answer the highest calling of your heart and stand up for what you truly believe,” read Hunter-Gault from Lewis’ letter. “In my life I have done all I can to demonstrate that the way of peace, the way of love and nonviolence is the more excellent way. Now it is your turn to let freedom ring.”