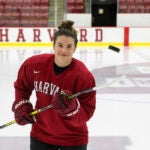 The COVID-19 pandemic has created significant and immediate financial challenges for colleges and universities. Many institutions of higher learning are faced with difficult decisions about the best way to manage declining revenue coupled along with increased investment to continue supporting an environment of academic excellence amid new health protocols.

At Harvard, the Corporation has fiduciary responsibility for the University’s academic, financial, and physical resources, and overall well-being. The Gazette spoke with Thomas J. Hollister, Harvard’s vice president for finance and chief financial officer, to learn more about the Corporation’s revised endowment guidance for the 2021 fiscal year.

GAZETTE: Distributions from the endowment provide a critical source of funding to support the University’s mission of teaching and research. What is the process for setting the endowment distribution?

HOLLISTER: It is indeed a critical source of funding, in fact, the University’s largest, at 35 percent of revenue. Between past gifts to the endowment and current giving, the generosity of Harvard donors creates 43 percent of the annual funding for the budget.

The accumulated wisdom of endowment management over many decades suggests that if you are distributing as little as 4 percent of the market value of the endowment, you are probably hoarding too much, and if you are paying out at the 6 percent level or higher, you are probably being fiscally irresponsible, because distributions cannot be sustained at those levels in perpetuity.

Harvard in particular uses a formula to smooth the impact of fluctuating market values and provide budget stability for Schools and units. Similar to our peers in higher education, we generally target to distribute about 5 percent of the market value, which is roughly $2 billion a year on a roughly $40 billion endowment. However, it is the Corporation that makes the annual decision.

GAZETTE: You have previously mentioned in this space that Harvard intends to distribute as much from the endowment as it responsibly can. Can you give us insight into the Corporation’s recent decision to revise the fiscal 2021 endowment guidance from a 2 percent decrease to a flat percentage change in the dollar amount of the distribution?

HOLLISTER: I did mention this previously, as did President [Larry] Bacow, Provost [Alan] Garber, and Executive Vice President [Katie] Lapp in a message to the Harvard community in the spring, that the intention is not to hoard the endowment but to actively use it as much as can be responsibly done.

The recent decision to make a change in the distribution has to do with some inherent timing tension in the process. The Schools and units want early guidance on what the endowment distribution will be so they can build their budgets for a fiscal year beginning on July 1. The challenge is that this early guidance requires a prediction of the endowment’s market value on June 30 many months in advance.

When the Corporation first decided to reduce the distribution by minus 2 percent, it was shortly after the Dow Industrial Average and the S&P were down 30 and 25 percent, respectively. Fortunately, the market recovered and has shown further improvements, and, consequently, the Corporation adjusted its decision to a flat distribution change. This adjustment means that the total dollar amount of the distribution for the 2021 fiscal year will remain the same as the 2020 fiscal year.

GAZETTE: The COVID-19 pandemic has significantly altered the operating budgets for the Schools and units. How does the special assessment on endowment distributions help to cover pandemic-related costs?

HOLLISTER: The financial impact of COVID-19 was sudden and significant in the spring, as it immediately adversely affected revenues and increased costs. We talked previously about the revenue impacts of rebates on room and board, canceled executive-education programs, increased financial aid, and research stoppages, and the increased costs associated with the implementation of new health protocols, including testing and tracing, new lab reconfigurations, and new and improved online course development. The Corporation decided to maintain the 3 percent special assessment on endowment distributions for the 2021 fiscal year as a means of providing funding support for the deans as they grapple with the financial dislocations during this transitional time.

We have also talked about the cost-saving measures that Harvard has already implemented, such as reducing discretionary spending, instituting salary freezes, and reviewing capital spending in order to offset the economic impact of COVID-19. As we continue to look for ways to address these financial challenges, the special assessment is an effective way in which endowment fund beneficiaries across the University can help out, with some fraction of their money being used to help offset these new pandemic realities and contribute to the overall mission of sustaining excellence in teaching and research.

GAZETTE: Given the improvement in the capital markets, what challenges lie ahead for the financial health of the endowment?

HOLLISTER: Annual endowment distributions depend on future returns, as good returns on the endowment, from the underlying health of the capital markets, make possible healthy endowment distributions to academic programs and activities. But I should caution that we have two potential negative factors. The first is the apparent mismatch between the current high levels of the stock market with the underlying reality of a very weak economy. For example, the price to earnings ratio of corporate stocks do not support the current stock market levels, so the markets could be ready for some correction. Secondly, many experts on capital markets, including many of Harvard’s economists, are saying that the outlook for market returns is not attractive. With the low interest rates, low credit spreads, and a weak global economy, they say we are looking at lower-single-digit returns at best, which means that between these two factors we need to prepare ourselves for more than a few years of muted returns and ongoing pressure on the distribution. Remember, it was just a little over 10 years ago when the endowment lost 30 percent of its value and the distribution was cut by 20 percent over two years.