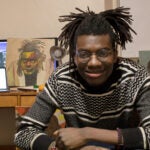 The COVID-19 pandemic has slammed the brakes on the global economy, putting a number of industries — including higher education — in peril. Some colleges and universities fear for their very existence, but even those on more solid footing face tough financial choices. The Gazette spoke with Thomas J. Hollister, Harvard’s vice president for finance and chief financial officer, to learn more about the latest developments in how the coronavirus has affected the University’s finances, altered budgets in its Schools and Units, and left leadership with difficult decisions about the best way to protect the health of the community while preserving Harvard’s enduring mission.

GAZETTE: As Executive Vice President Katie Lapp wrote in a message to the community several weeks back, Harvard is facing significant financial challenges. The University’s revenue for this fiscal year is estimated to be $415 million less due to the COVID-19 pandemic, and next year, Harvard is projecting a $750 million revenue shortfall. Can you provide some more context for these figures?

HOLLISTER: The COVID-19 pandemic and the corresponding economic downturn have disrupted every aspect of the University’s operations, and in turn reduced all sources of revenue. It’s important to underline that the $750 million projection for the coming fiscal year is an estimate. There are many unanswered questions that we, and our peers in higher education, just don’t know the answers to, such as how many students will enroll this coming year, when will they be back on campus, how much increased financial aid will they need, when will research resume, how will donations be affected, among many others that will affect the operating environment and University revenues. So, the $750 million estimate could end up being less than that, or unfortunately, it could be much more.

GAZETTE: The state of the endowment, of course, has a lot to do with the University’s budgetary health. And as you’ve said before in this space, every penny of the annual distribution from the endowment is subscribed and utilized in support of Harvard’s mission. Can you give us a sense as to how this works?

HOLLISTER: The endowment has been adversely affected by the economic downturn and the recent declines in the capital markets. As you mentioned, and contrary to the oft-voiced public opinion that the endowment is hidden away and unused, earnings from the endowment are distributed annually without fail and represent Harvard’s largest source of revenue for teaching, learning, and research.

Moreover, a singular Harvard endowment does not exist; there are 13,000 individual endowments across the University, and earnings from these 13,000 endowed funds cannot be spent freely. Harvard has to honor each donor’s wishes through legally binding gift agreements that specify two inescapable fiduciary obligations: First, 70 percent of Harvard’s endowed funds must be spent on specific, donor-chosen restricted purposes, and second, 100 percent of Harvard’s endowed funds must distribute earnings annually and in perpetuity. This means that endowed funds are not savings accounts that can be all saved up for a rainy day, used for whatever is judged the most important purpose at the moment, or liquidated by choice. Think of the endowment as a collection of annuities, mostly restricted in purpose, whose annual distributions are affected by the capital markets and inexorably tied to the market value of the endowment. We cannot escape the fact that a lower market value for the endowment means less revenue for Harvard.

Also, contrary to popular perception, Harvard does not have unlimited wealth. Harvard’s resources, whether measured in annual revenues or the endowment’s capacity to make distributions, are subject to the economy, capital markets, and the generosity of donors. As a reminder, during the 2008‒2009 recession, the endowment lost approximately 25 percent of its value, and distributions had to be cut approximately 20 percent.

GAZETTE: What does this mean for the coming year’s endowment distribution and operating budgets for the Schools and Units?

HOLLISTER: Harvard does not intend to be miserly on planned endowment distributions for the coming year, intending to distribute as much as it responsibly can. The total dollar amount will be 2 percent less than the current year, but depending upon how the stock market behaves, it is likely to be the largest in many years as a percentage of the market value of the endowment.

GAZETTE: Can you talk a little about the special assessment that will come into play in the coming fiscal year?

HOLLISTER:  Yes. Members of the Corporation recently voted a special assessment, which is a one-time assessment on the coming year’s distribution, with the proceeds to be used at the discretion of the deans of Harvard’s Schools to cover the unexpected and immediate costs of the pandemic, including room and board rebates and students’ moving costs, as well as expenses in the coming year to enhance the excellence of remote learning, provide increased financial aid, reopen and reconfigure labs, as well as many other steps across campus to create a protective public health environment for the community.

So, although the endowment distribution across Harvard for FY21 will be 2 percent less than in FY20, the net effect is effectively 6 percent less to underlying fund beneficiaries, as the special assessment is about a 4 percent charge to begin to cover the pandemic-related costs.

GAZETTE: Harvard has invested significantly in protections for its workforce in the short term, guaranteeing pay to workers who may no longer have work to do based on the move to virtual learning through June 28. But the revenue declines are massive. The University will undoubtedly need to make tough decisions as the pandemic’s economic impact grows. Already, Harvard has instituted a hiring and salary freeze, while limiting discretionary spending and freezing many of its capital projects. Lapp’s recent letter said that furloughs and layoffs may have to be considered. Can you provide some further context for how this, or other difficult decisions related to the University’s finances, might play out?

HOLLISTER: An immutable and inescapable financial reality for any organization is that the outflows of money must match the inflows. Harvard’s inflows in the form of revenues have been sharply curtailed during the current pandemic, and so our outflows on spending must soon be similarly curtailed. A second financial reality is that resources are never limitless, and contrary to what some imagine, Harvard is no exception. Unfortunately, these two realities mean that we cannot do what everyone wants; choices are necessary; and more difficult decisions will need to be made.

Already, we’ve seen peer institutions forced to suspend retirement contributions for their employees, as well as the announcement of furloughs and layoffs. The very existence of some colleges and universities is seriously threatened. Harvard’s Schools and Units have already instituted a host of cost-saving measures to help manage against the revenue losses we are projecting. You’ve mentioned many of those, all of which we’ve undertaken prior to considering any workforce actions, but furloughs and/or layoffs may be necessary. As Executive Vice President Lapp wrote in her letter, Harvard is committed to limiting the extent of any workforce actions.

GAZETTE: Throughout all of this, University leadership has continued to reference Harvard’s core mission to teaching and scholarship. How can we continue to invest in this mission during such challenging times?

One advantage that Harvard has, beginning with the School deans, is an extraordinary group of talented leaders across its Schools who are accustomed to making local resource decisions in the best interests of their respective missions. In this respect, Harvard’s decentralization is a real plus, as it allows for decision-making based in the specific needs of its individual Schools.

On the other hand, the University is committed to One Harvard, and it’s critical in difficult times such as these to have principled leaders who share clear priorities. We’ve seen this in the University-wide leadership, from President [Larry] Bacow, Provost [Alan] Garber, and from EVP Lapp, that first and foremost, Harvard is devoted to ensuring the health and safety of its community members, and secondly, to preserving the integrity of its mission to teaching and learning. The road ahead will be difficult, but I am hopeful that Harvard will find the best path forward thanks to the leadership of our deans, and the countless contributions of faculty and staff to carry on and sustain our teaching, learning, and research activities with a continuing eye on excellence, despite the unexpected adversity.