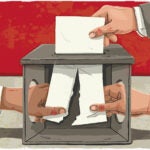 Widespread layoffs amid the COVID-19 pandemic threaten to cut off millions of people from their employer-sponsored health insurance plans. But the Affordable Care Act (ACA) will protect many of these people and their families from losing coverage, according to a new study.

To quantify the ACA’s effect on changes in health insurance coverage after job loss, the researchers looked at data from the U.S. Department of Health and Human Services’ Medical Expenditure Panel Survey, a set of large-scale surveys of families and individuals, their medical providers, and employers across the U.S.

Between 2011 and 2013, job loss was associated with an average health insurance coverage loss of 4.6 percentage points, the analysis found. The proportion of participants with any coverage decreased from 66.3 percent to 61.7 percent.

The very virus that has brought about record unemployment levels is the same agent that makes health insurance — and the new options created under the ACA — more important than ever.

But after the ACA went into effect — when the overall coverage rate was much higher to begin with (76.2 percent ) — job loss was no longer linked to an increase in the uninsured rate. Large gains in Medicaid (8.9 percentage points) and marketplace coverage (2.6 percentage points) nearly fully offset the reduction in employer-sponsored insurance for people who left or lost their job, according to the authors. Overall, the implementation of the ACA was associated with a 6.0-percentage-point net increase in the likelihood of having coverage after a job loss.

“These results indicate the critical role that the ACA will play in alleviating coverage losses related to the Covid-associated recession,” the authors wrote. 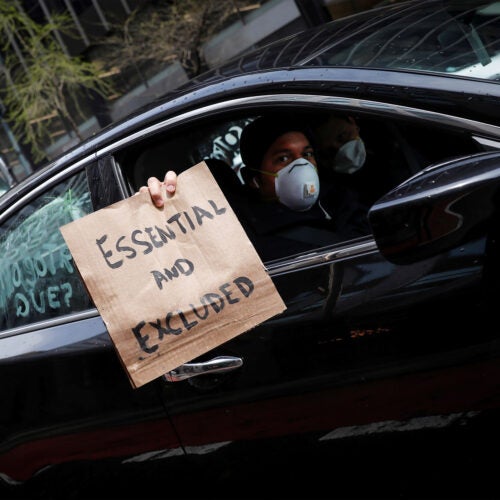 Democratizing work for the people and the planet

The authors noted that insurance coverage gaps remain even with the ACA, and that the law’s future is still uncertain amid a Supreme Court challenge from 18 Republican state attorneys general and the Trump administration, who are arguing that the law is unconstitutional.

“In the current context of millions of Americans losing their jobs and an ongoing pandemic, overturning the ACA would most likely be devastating to patients, clinicians, hospitals, and state economies,” the authors wrote. “The very virus that has brought about record unemployment levels is the same agent that makes health insurance — and the new options created under the ACA — more important than ever.”