Making the case for reproductive rights 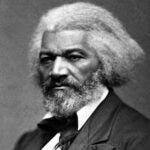 ‘What to the Slave is the Fourth of July?’

Julie Rikelman ’93, J.D. ’97, has taken the fight for access to abortion to the Supreme Court and won. A warrior for reproductive rights, Rikelman was the lead litigator for the plaintiff in the Supreme Court case June Medical Services LLC v. Russo, which was decided 5-4 for the plaintiff on June 29 (with Chief Justice John G. Roberts Jr. ’76, J.D. ’79, voting with his liberal colleagues). The senior director of U.S. litigation for the Center for Reproductive Rights, Rikelman argued successfully that the Louisiana law requiring abortion providers to have admitting privileges to a hospital within 30 miles placed an undue burden on the women of the state.

Because the Louisiana law was basically identical to one in Texas that was struck down by the Supreme Court in 2016 — a precedent emphasized by Roberts in his concurring opinion — this latest case, the first to focus on abortion rights since the confirmation of Justices Neil Gorsuch, J.D. ’91, and Brett Kavanaugh, was not only a test of precedent but a test of the changing court. Harvard Law Today spoke with Rikelman to discuss the case and its implications.

HLT: June Medical Services LLC v. Russo involved a Louisiana law that appeared to be identical to one in Texas that was struck down by the Supreme Court in 2016. What was different about this case?

Rikelman: It really wasn’t different at all. In fact, the Louisiana law was explicitly modeled on the Texas law, and the facts were really the same. The Texas law shut down about half of the clinics in that state, and if this Louisiana law had taken effect it would have decimated abortion access in that state.

HLT: What does this decision mean for women in Louisiana and beyond?

Rikelman:This decision is critical for protecting access to abortion in Louisiana. There are three clinics left in the state, and if this law had taken effect it would have made it virtually impossible for most people to get access to care. At the same time, it’s really important for people to remain vigilant, because we know that the opposition is relentless. We’ve had over 450 restrictions on abortion passed at the state level in the last 10 years, and those aren’t going to stop. The vote in this decision was five-four to block this law. Only one vote the other way would have allowed this law to take effect. The two justices appointed by President Trump both voted in the dissent. They would have upheld this law.

HLT: What were the salient points in the decision?

Rikelman: There are a couple of really critical points. The first, of course, is that five justices of the Supreme Court have said that this law was unconstitutional, that it imposes an undue burden on abortion access in Louisiana. For that reason, it has to be permanently blocked.

The second critical point about the decision is that it rejects arguments that Louisiana has been making about something called third-party standing. Louisiana had claimed that this case should have been thrown out of court because physicians, medical providers, and medical practices shouldn’t have been able to bring this case at all on behalf of their patients, and the court, including Chief Justice Roberts, said that that is just wrong — that medical providers can bring these types of cases. If the court had ruled the other way, it really would have shut the courthouse doors to many of the lawsuits that challenge abortion restrictions.

The third point is that the court said that stare decisis is important. When the court said four years ago that the Texas law was unconstitutional, given that this Louisiana law is the same, the court needed to have the same outcome today. The court reaffirmed the rule of law.

HLT: Was there anything particularly striking about the dissent?

Rikelman:One of the things that is critical for people to understand is that even if Roe v Wade remains the law, if people don’t actually have meaningful access to abortion, it’s a right that exists in theory but not as fact. This law would have made it nearly impossible for people to actually have an abortion. It’s very concerning that four justices dissented and would not have blocked this law.

The second thing that’s very concerning is, as I mentioned, that a number of the justices would have overturned precedent on third-party standing. That would have been really harmful for abortion access.

HLT: What’s next for reproductive rights?

Rikelman:What we really need to work on right now is expanding access to abortion. There are many states in the South and the Midwest where it’s extremely difficult for people to actually access abortion, and we need to make it possible for people to have this right in reality, not just in theory. Abortion restrictions disproportionately harm people of color, people who are struggling to make ends meet, people who live in rural areas, and young people. The status quo is not good enough.

HLT: Are there any specific cases you are working on now or will be taking on soon?

Rikelman:The center has over 30 other cases that are pending in the courts right now. One law that we’re challenging in Louisiana would extend the waiting period in that state from 24 hours to 72 hours. This is the kind of barrier that makes it really hard for people to actually access abortion even while Roe is the law.

We’ll also continue to battle against outright bans on abortion. The center just filed a challenge to a ban on abortion that Tennessee enacted just about a week ago. Instead of focusing on expanding access to healthcare, making sure that maternal mortality in these states is falling rather than rising, these states are busy banning abortion and taking people’s decisions away from them.