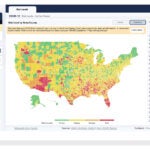 The late writer and activist James Baldwin was an angry man. Furious about racism in the nation and the homophobia of his time, he was also deeply disappointed by the Civil Rights Movement and what he viewed as its lost opportunity to force white America to confront the lies it embraced to maintain its sense of supremacy.

But later in his life his thinking evolved, Eddie S. Glaude Jr. argues in his new book, “Begin Again: James Baldwin’s America and Its Urgent Lessons for Our Own.” And Baldwin saw some hope for change.

An online conversation hosted by the nonprofit publisher Haymarket Books on Wednesday brought together Glaude, the James S. McDonnell Distinguished University Professor of African American Studies at Princeton, and Cornel R. West, professor of the practice of public philosophy at the Harvard Divinity School, in a lively exchange about the roots and the contemporary relevance of the works produced by Baldwin, who died in 1987.

Responding to moderator and Haymarket manuscripts editor Maya Marshall’s opening questions — “Why Baldwin? Why now?” — Glaude explained that that author has long been considered relevant to the struggle for self-determination. Calling Baldwin “a queer Black man who spoke a kind of truth,” he described him as a writer who long searched for “a different way of being in the world.”

The current political upheaval has only made works like 1955’s “Notes of a Native Son” and 1963’s “The Fire Next Time” more pertinent. Citing killings by the police, voter suppression, and the rise of conservative Donald Trump in the aftermath of the nation’s election of its first black president, Glaude referred to the last few years as “a moment of profound betrayal.” He said his response drove his work, a combination of biography, history, and analysis. “I wanted to return to Jimmy,” said Glaude. “To see how he dealt with his moment of betrayal.”

At the heart of Baldwin’s writing, Glaude and West agreed, is trauma, specifically the trauma of slavery. Baldwin’s work explores the twisted logic that has been used to dehumanize Black people. This corrupt attempt at justification is part of a “scaffolding of lies” that “malforms any effort to expose the country to the reality of what it has done,” said Glaude. It’s a reaction that is ongoing: “Anything that reveals that America is not the shining city on the hill is immediately dismissed as heresy, delegitimized from the beginning.”

This struggle even influenced Baldwin’s narrative form, Glaude said. Citing psychological studies that show that “trauma fragments how we remember,” he said, “We recall what we can and what we desperately need to keep ourselves together.”

For Baldwin, Glaude said the wounds were deeply personal. In addition to racism, Baldwin dealt with homophobia and a sometimes crippling self-hatred, internalized in part from an abusive stepfather. Following the 1968 assassination of Civil Rights leader Martin Luther King Jr., Baldwin collapsed. “He can barely pick up the pieces. He tries to commit suicide,” Glaude said. However, it is then that “[Baldwin] gives utterance to this line: ‘Hope is invented every day.’”

West said that perseverance was at the heart of Baldwin’s brilliance. Comparing the author to jazz impresario John Coltrane and author Maya Angelou, he discussed confronting and coming through longstanding pain, saying, “The back of fear is love.” Baldwin’s honesty in depicting racism also made his work universal. “He’s saying, ‘We blues people, this ain’t new to us. We’ve been here before. It’s a human thing. It’s not just a Black thing,’” said West.

Baldwin himself did this work, Glaude points said. While Baldwin’s depiction of his stepfather is “scathing” in “Notes of a Native Son,” Glaude said, “By his later writings, he understands what the world did to him.”

The two scholars differed on Baldwin’s take on the Black bourgeoisie and Black liberals. While West was highly critical of what he saw as a reluctance to call the Black middle class to account, Glaude cited Baldwin’s 1985 “The Evidence of Things Not Seen” in rebuttal. That book, about the Atlanta child murders, contains “exactly the critique you’re looking for,” he said.

Asked to hypothesize what Baldwin would say about the current unrest, Glaude referred to an interview Baldwin gave to Esquire magazine in 1968. “He has language for us to speak to the moment,” said Glaude. “He said, ‘I wouldn’t tell them not to get their guns. I wouldn’t tell them not to fight. I would say to them,’ and I’m paraphrasing, ‘If you’re going to kill that white man, don’t hate him. The hatred will corrode the soul.’

“At the heart of Jimmy’s project is a moral concern,” Glaude concluded. “Who do we take ourselves to be? Who do we aspire to be? Fight to your last breath. But do it in the name of love.”