Serving up a new social order 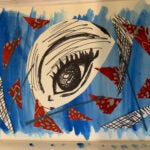 Looking back at dining — and disruptions — on campus over the decades shows how meals mirrored the way we lived then, and now

For nearly four centuries, Harvard University has educated young people — and fed them. When the University responded to the COVID-19 pandemic in March by curtailing on-campus operations and sending students home, it maintained the teaching but not the feeding. Both functions will be restored someday. But maybe not exactly as before. Food’s significance for social inclusion and equality is the main theme of “Resetting the Table,” an exhibit at the Peabody Museum of Archaeology and Ethnography for which I was guest curator. Now that no one can gather around the exhibit’s central table — or any table at Harvard — I’ve been thinking about what past crises show about food and Harvard. Two earlier emergencies had different outcomes: the College’s use of food to enforce social hierarchy survived the American Revolution, but not World War II. It’ll be the second era’s more forthright reforms that we’ll need, moving forward.

Once upon a time, Harvard students and faculty ate together, like a family. At meals, the faculty and president acted as kin and father, as if students were children who needed supervision. Students were younger on average than College students today and were considered intellectual apprentices. Meals were ways to remind them of their dependent status, even though, as free men, overwhelmingly white, they would eventually rank high. Although some students boarded out, the College discouraged this. Students could collect morning provisions from the Buttery and breakfast in their rooms, but other meals were eaten in common, at tables set with equipment, such as silver salt cellars, to mark community and ceremony. Exceptions to the College diet were granted only by petition. The authorities were scandalized, in 1723, when students were caught “going into town, on Sabbath mornings, to provide breakfasts.” (Everything has a history, even Sunday brunch.) Some cravings proved impossible to control. In 1759, students were permitted to hold private entertainments with rum punch, and no adult supervision, so long as the punch wasn’t too strong.

Structured meals survived the College’s first major disruption, the American Revolution. For a time, students could model any dissatisfaction with Harvard food on Colonial protests of British policies. In 1766, when served rancid butter, students protested: “Behold our Butter stinketh!” They met, passed resolutions to walk out of breakfast, and did the walkout. The Corporation and Overseers demanded confessions and a pledge of future good conduct. So much for defying oppression within Harvard. Meanwhile, the Boston area was becoming a hotspot in the bigger rebellion. On May 1, 1775, 12 days after the battles of Lexington and Concord, the Massachusetts Committee of Safety (with executive power over the province) dismissed Harvard students early for summer vacation. The Massachusetts Provincial Congress then commandeered Harvard’s grounds and buildings for the Continental Army — 640 soldiers crammed into Massachusetts Hall. The College ordered students to reassemble in Concord on Oct. 4. There, faculty and students boarded in taverns and private homes. Tavernkeepers and householders acted in loco parentis, supervising the behavior of the young men they lodged and fed.

By June 1776, Harvard could reoccupy its property, and College life resumed. After the war, the student body outgrew available accommodations within the Yard. By 1849, Harvard abandoned dining in common. Students (still all male, still overwhelmingly white) no longer considered themselves the social inferiors of the president and faculty. They were private gentlemen, with new emphasis on the social differences among them. Cambridge boardinghouses took anyone who could pay, but some students created private club tables to which members had to be elected. Students with even greater means lived luxuriously in private accommodations and ate at restaurants.

Social inequalities remained obvious even once dining in common was reinstated after 1874, with the construction of Memorial Hall and organization of the Harvard Dining Association. The association was essentially a club with membership fees. Its food service reinforced the status of Harvard’s white male undergraduates, who were served at table, as if at a restaurant. The waiters were predominantly African American men. “Mem Hall” had set menus, but also lists of extras for those who could afford oysters, imported cheeses, or other delicacies. The University tried to maintain this service through World War I, but Memorial Hall began to operate at a loss. It was closed in 1925. Food service continued for freshmen in the Harvard Union, now the Barker Center. Upperclassmen had to fend for themselves. They fared best if their family backgrounds gave them entrance to private clubs.

Construction of the residential Houses restored a universal food service. The first two Houses, Dunster and Lowell, opened in 1930, and others at Harvard and Radcliffe eventually accommodated most undergraduates. House dining halls maintained table service with waiters, but offered full board for a fixed price, rather than clubby membership and pay-as-you-go. These developments mirrored what was happening at Harvard more generally, as it became more socially inclusive, more egalitarian. Students were now primarily citizens of the nation and, in a sense, of Harvard.

Citizenship was crucial to food and eating at Harvard during World War II, once the U.S. entered the war against fascism. By May 1942, all U.S. civilians received ration books, with quotas for many foods, including sugar, coffee, butter, and meat. Harvard and Radcliffe food services had to calculate students’ rations into what could be bought and served. During the war, the Faculty Club economically served horsemeat (which lingered on the menu until the 1970s). Wartime labor shortages were even more transformative. Men who might have waited tables were drafted, volunteered, or did other war work. Some Houses hired waitresses; others used students as waiters.

After the war, the Houses universally adopted cafeteria service, a more democratic way of eating. This development matched efforts to make Harvard more inclusive and egalitarian: admitting students on the G.I. Bill, blending Radcliffe’s female students into Harvard, and accepting more people of color and first-generation students. House dining halls were inclusive communities, collectives of equals. That was quite new at Harvard. It was prompted by U.S. policies — rationing, universal male conscription, Civil Rights legislation — that had no real antecedents, not even in the “revolutionary” era. The policies offered a minimum of redress for past inequities. That bare foundation never generated enough shelter from the fatal consequences of American racism. No one knows what a post-COVID world will look like. But at Harvard, as we decide how we will teach, when (and whom) we might feed, we have another opportunity to set a better table and a better example.

Joyce Chaplin is the James Duncan Phillips Professor of Early American History. On July 1, Chaplin will be featured on the Harvard Museums of Science and Culture Connects podcast available here.