A passion for stories 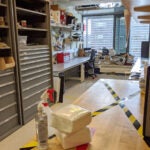 Fantasy novels “The Chronicles of Narnia” and “The Lord of the Rings” offered the young Lauren Spohn both a window to other worlds and a “sense of continuity.” Having a father in the Air Force meant the family had to move to a new base every two years and leave many things behind. But, she recalled, “I got to take the books with me.”

When Spohn heads to the University of Oxford this fall as a Rhodes Scholar, ready to pursue a master’s in intellectual history, she will again bring with her the tales she loves — from the classics to comic books — as she continues exploring how stories can connect us all.

“This is really what I what I want to spend my life doing,” said the former English concentrator, “connecting people with the stories we tell, the stories in literature, and also the story of how literature itself shines a light on what’s going on in the world around it.”

Spohn’s early passion sparked her lasting fascination with texts. As she devoured works by Ray Bradbury, Victor Hugo, C.S. Lewis, J.R.R. Tolkien, and many others — part of her “quixotic quest to tackle all the Penguin classics in Barnes & Noble” — she began writing down any word she didn’t know and its definition on small notecards. Spohn would flash through her expanding vocabulary list at the back of the bus on the rides home from high school soccer games, ignoring the teasing from teammates and reliving a story with every word. “Proboscis,” conjured up “Fahrenheit 451,” the dystopian novel about a future in which books are forbidden. “Phantasmagoria” evoked “Les Misérables,” the epic novel about an explosive period in French history.

“I’d remember exactly what book the word came from, what story, and where I was when I was reading that story … and what I was thinking about when I was reading through it,” said Spohn, who ended up with 2,833 flash cards and a deep appreciation for “texts in their context, and texts in conversations with my life.”

Keeping those conversations going became central to her Harvard time, beginning with a seminal class in her first year, “Humanities 10,” which examined works in the English canon alongside non-Western ones. The course, an extension of her years turning pages and flashcards, opened up more connections and new worlds. “I was deep in discussions with Nietzsche, James Joyce, Homer, and Augustine, who were all talking to each other, in addition to talking to you,” said Spohn. “I think that was the coolest insight, to really discover the ways in which these texts were talking to each other and engaging with each other, [and how our discussions] changed the way we read all the previous texts.”

Spohn loved the class so much she helped found a mentorship program that pairs first-years in the course with undergrads who have already been through it “to keep the conversation alive around the books that we’ve read.”

Spending sophomore year studying literary criticism with Louis Menand, Harvard’s Anne T. and Robert M. Bass Professor of English, offered her “a crash course on big questions, the meta questions of literary studies,” said Spohn, and ignited her interest in intellectual history and in finding connections between literature, history, and philosophy. She went on to complete a tutorial in intellectual history in the History Department and was a research assistant in the Philosophy Department, as well as an undergraduate fellow at Harvard’s Edmond J. Safra Center for Ethics.

“This is really what I what I want to spend my life doing, connecting people with the stories we tell, the stories in literature, and also the story of how literature itself shines a light on what’s going on in the world around it.”
— Lauren Spohn '20

Spohn also made time for activities outside the classroom. She played for the women’s soccer team for two years, then switched to the track and cross country team as a junior, finally taking a break from varsity sports her senior year to focus on long-distance running and qualifying for the Boston Marathon. She also wrote for The Harvard Crimson, served on a number of student boards in the Office of the Dean of Arts and Humanities, and led The Harvard Ichthus, a student journal of Christian thought, as editor in chief. “It’s fun to bounce between worlds, both in stories and in my life,” said Spohn, who has been spending part of her time away from campus this spring working on her pilot’s license.

Ironically, when Spohn began considering her post-College plans she found herself worrying she hadn’t read enough. “I kept thinking there’s just so much I want to keep learning, to keep thinking about, to keep adding seats to the seminar table.”

It seemed only natural she would be drawn to the place where two of her “favorite mythmakers,” Tolkien and Lewis, studied and taught, as she searched for a program that would allow her to continue reading, researching, and asking big questions. Wherever her path leads after Oxford, Spohn knows stories will play a key role.

“I do hope my research and my writing, and my engagement with people, will shine light on the ways that stories can bring people together,” said Spohn, who is also interested in helping design the “spaces, media, and institutions through which we connect over stories.”

“I am not sure what this will look like, but I know that with all the technological developments we’ve seen in global communications over the past two decades — thrown into such relief by the coronavirus pandemic — we have to think deeply about what it means to engage with timeless authors and ideas in a world that looks less and less like theirs did every day.” 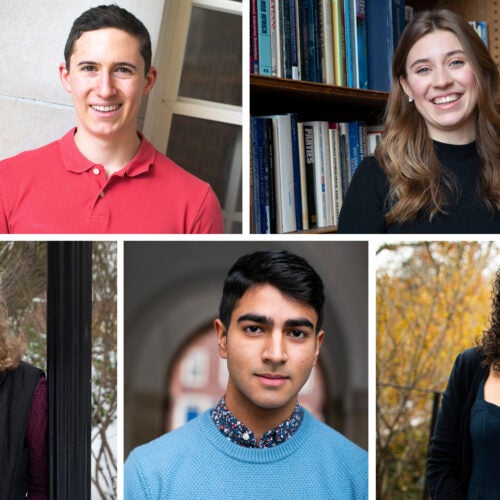 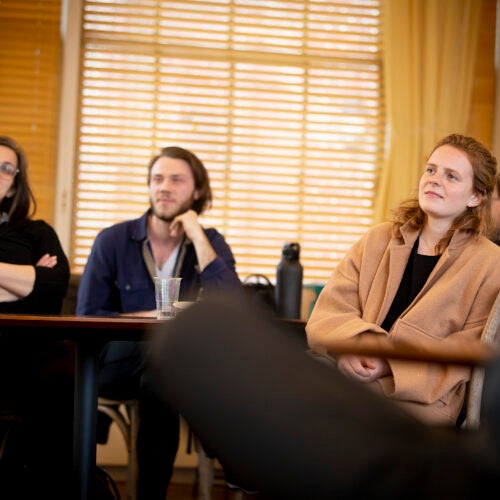 Stories get an A+

Students celebrate the transforming experiences behind their grades