Tracking down a murderer 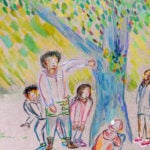 ‘Gathering Historias’ at the Arboretum

The first season of Jill Lepore’s new podcast follows clues over a century, the evolution of proof and evidence, and asks: 'Who killed truth?'

Sifting through mountains of dusty records to piece together stories is what historian and author Jill Lepore, Harvard’s David Woods Kemper ’41 Professor of American History, does for a living. In her new podcast, “The Last Archive,” Lepore is hunting for clues again, this time to solve a murder mystery. Fashioned after radio dramas of the 1930s, season one takes listeners on a journey through the last century examining the evolution of standards of evidence, proof, and knowledge to parse out why notions of truth have become so slippery. Along the way Lepore delves into a series of smaller mysteries involving a dead body, an invisible man, Wonder Woman, Amazon’s Alexa, and more as she unravels “a much bigger intellectual and political history.”

GAZETTE: Why did you decide to create a podcast?

LEPORE: Mainly because it’s fun and because it’s different. I love old radio and audio storytelling. I did a three-part series for “The New Yorker Radio Hour” a few years back that was super fun called “The Search for Big Brown” with my friend Adrianna Alty. Over the years people have asked me to do radio or podcast things, but the moment has never been right — I was either working on a book project or developing a new course. Meanwhile, though, a lot of our students are very interested in podcasting, so I’d been incorporating audio into my teaching. [Francis Lee Higginson Professor of English] Leah Price and I used to teach a class together called “How to Read a Book,” and one of the best assignments we ever devised was to ask students to turn chapters of “Tristram Shandy” into audio, which, if you know the book, is a near impossibility. So when I was asked by a new podcast company, Pushkin Industries [founded by journalists Jacob Weisberg and Malcolm Gladwell], if I would do a podcast and I said, “Yes.”

A former senior thesis advisee of mine, Ben Naddaff-Hafrey, did his Hist & Lit senior thesis on Orson Welles and “War of the Worlds” and the psychology of radio in the 1930s. We’d stayed in close touch, and he’d been working at NPR — he is also in a band, called Rookin — and I said, “Hey, what if we did a podcast together?” And so we signed on to do it with an amazing producer, Sophie Crane McKibben [daughter of activist and writer Bill McKibben], who also works on Noah Feldman’s podcast, “Deep Background.” Sophie and Ben and I have had a blast. I learn so much from them. It’s nice to be the student.

GAZETTE: What is it about?

LEPORE: The podcast is about the history of knowledge, and in some ways it’s a fairly close adaptation of a course I’ve been teaching at the Law School called “The History of Evidence,” which looks at the history of evidence in four realms of knowledge: the law, science, journalism, and history. The course explores the rules of evidence in those realms and how they have changed over time. Our first season is called “Truth.” It’s an old-style radio whodunit, where the mystery is who killed truth. We wanted to tell a story chronologically that would move across the last century, so each episode tells a different story.

The larger argument of the first season is an argument that I have made in a series of lectures about the changing nature of the elemental unit of knowledge, from the mystery to the fact to numbers to data. It’s a complicated thing. It’s not like a true-crime podcast that is trying to solve a conventional crime, like who killed somebody. It’s actually a podcast that in the guise of solving a series of smaller mysteries is trying to unravel a much bigger intellectual and political history.

GAZETTE: What is it about this cultural moment that makes the topic of truth so compelling?

LEPORE: You could maybe date the modern fixation to 2005, which is when Stephen Colbert on “The Colbert Report” coined “truthiness.” If you think about the last 15 years, there really has been a kind of obsession with the idea that truth has become indiscernible, the fact is dead, and so forth. But in teaching this course and exploring the history of evidence with Law School students and with terrific undergraduates who also have enrolled in that class over the years, I’ve seen a much bigger historical story there.

GAZETTE: Does it feel to you that the angst over all this is driving a good bit of the national conversation about our riven culture?

LEPORE: I do think there is an epistemological crisis, and it’s urgent, and maybe especially urgent for our students. A few years ago, [Lee Simpkins Family Professor of Arts and Sciences and Anne T. and Robert M. Bass Professor of English] Luke Menand and I taught a course called something like “An Introduction to American Studies.” During the final seminar meeting, we asked students how they knew what was true, and whether they believed in truth. There was a lot of anguish. The question really hit a nerve. I thought it would be a good question to bring to a different audience, beyond the classroom.

GAZETTE: The episode on polio and its vaccination is so timely given what is happening today with coronavirus. When did you come up with that idea?

LEPORE: Many months ago. I had decided that as soon as possible in the season we needed to have an episode about the biological sciences, and that that episode was going to have to tell a story about an epidemic, a story that would help us to understand the consequences, both in terms of the production of knowledge and in terms of the destabilization of knowledge, of the germ theory of disease. I decided on polio, partly because it seemed to me so pivotal to understanding the modern anti-vaccination movement and also because the story I came across really hadn’t been told before. The episode focuses on Eisenhower’s secretary of health, education and welfare, Oveta Culp Hobby, and her political opposition to the government playing a role in the manufacture and distribution of the vaccine on the grounds that that is socialized medicine. I thought that was a really interesting story, a story about who acts on things that are known, a story that asks: “Where does the authority lie to act on things that are found to be true?”

“During the final seminar meeting, we asked students how they knew what was true, and whether they believed in truth. … I thought it would be a good question to bring to a different audience, beyond the classroom.”

GAZETTE: How do you see that episode in light of what is happening today with the pandemic?

LEPORE: In this episode there is really quite a moving interview with a little boy who was in an iron lung. I was a fellow at Radcliffe this year and had an incredible team of student research partners: Michelle Gao, Olivia Oldham, Henrietta Reily, Oliver Riskin-Kutz, and Emily Spector. They dug up so much incredible archival audio, including this interview. The recording is from 1952, and it was very affecting to me when I first listened to it. But listening to it now, after the coronavirus, and the shutdown, and the quarantines, and the shortage of ventilators, it’s wrenching in a very different way. That actually in some ways has happened with a lot of the other episodes, too. You choose stories that are meaningful to you because they resonate with something that’s going on in your own world and then that thing gets more intense because most things are getting more intense. It puts a little bit more of a thrum in your heart.

GAZETTE: How does working on a podcast compare to writing? Is it easier, harder?

LEPORE: There are a lot of cooks in the kitchen. And there’s also a bunch of ingredients in the broth that you didn’t put there. It’s been totally fascinating for me, and I’ve loved working with everyone, including with a cast of actors who have been working on the podcast, people we found with the incredible help of the A.R.T. But, in that way, it’s completely different from writing. In a way, it reminds of when my kids were little. I used to have all the kids in the neighborhood to my house for a week at the end of the summer for a backyard theater camp; “The Pirates of Penzance” or “The Producers.” It was complete and utter chaos the entire time. It was bananas. This is kind of like that; super fun, every minute a blast, lots of snacks. And a lot of really wonderful people trying to put something together. But also bananas.

GAZETTE: Can you give me a little preview of season two?

LEPORE: The next season is called “Doubt.” This what I’ve been working on with the Radcliffe research undergraduates since the winter break. We would have our weekly meetings and talk about what things people had doubts about over the course of the 20th century and which of those things would make a good story for a podcast. So the season will explore the idea that doubt is good, that it’s good to have skepticism, but will wonder how much doubt is too much. We live in a culture saturated with doubt: How do you know when to stop doubting and believe? What’s the place of faith? How do you know when something has been proven beyond a shadow of a doubt? And what, in the end, are our standards for certainty in an uncertain age? 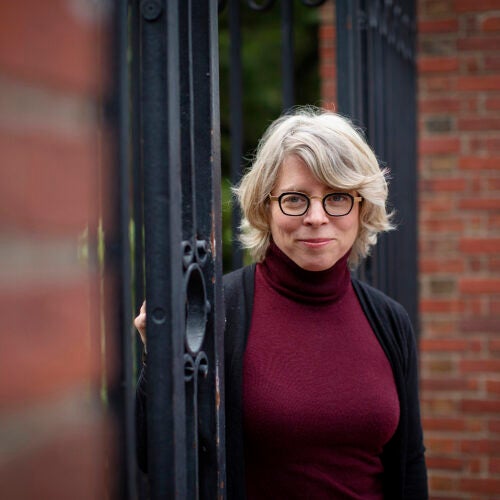 Harvard scholar discusses spark, aims behind ambitious project, and how students helped her along the way 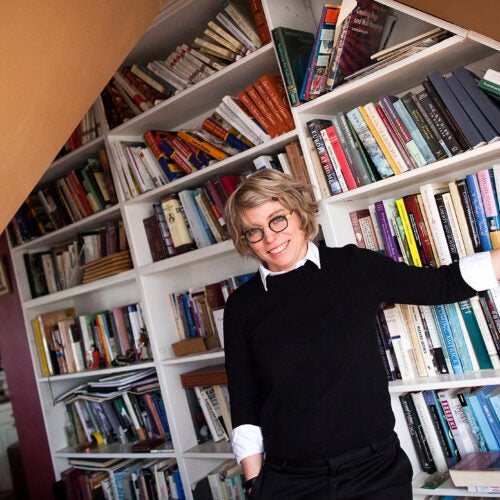 The art of the matter 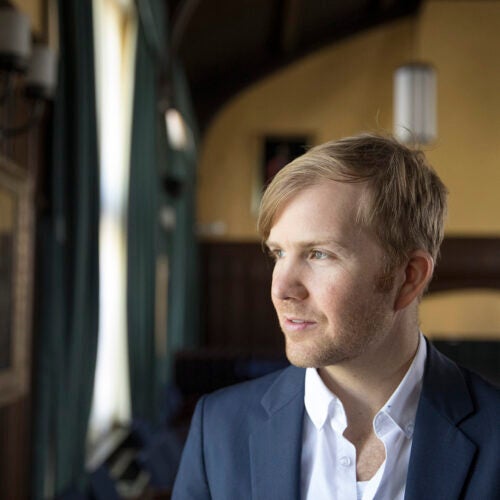 ‘Secular sermons,’ straight to your phone