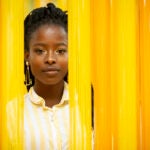 Harvard scholar discusses spark, aims behind ambitious project, and how students helped her along the way

Finding topics to write about has never been a problem for Jill Lepore. The Harvard historian’s fascination with everything from Wonder Woman and Frankenstein to matters of life and death has fueled her New Yorker essays and nonfiction for years. But when your project is a single volume covering a nation’s centuries-long past, not every fascinating topic is going to make the cut. The Bancroft Prize winner and David Woods Kemper ’41 Professor of American History said that adhering to a strict timeline and specific themes helped her narrow her subject matter for the just-published “These Truths: A History of the United States.” Still, she admitted, the selection process often kept her up late.

Lepore spoke with the Gazette about our shared past, her central argument, Supreme Court fan mail, and more.

GAZETTE: With this kind of sweeping project, how did you decide what to leave out?

LEPORE: There’s a lot of lying in bed at night making a list of all the things you’ve left out and worrying about them. It’s hard to make your peace with that. How it works in the book is it’s a relentlessly chronologically organized narrative. And yet within that, each chapter has a theme, so that means I have a clothesline with clothespins. The clothesline is the timeline and then I have the pins, which are my themes, so there are only certain clothes that I can hang up.

For example, in the last chapter, which is called “America, Disrupted” and runs from 9/11 to the election in 2016, the clothesline is just those years and then I cover the attack on 9/11, the Obama election, the war on terror, the Trump election. But thematically the chapter is really about how the internet, and social media in particular, transform American political arrangements. So I had to select things that hit on those themes. I talked about Black Lives Matter, but more from the vantage of how interesting it is to be able to capture police brutality live and make it visible to the entire world as it’s happening through Periscope and less about how we understand the relationship between Black Lives Matter and the Black Power movement, which is another very important discussion.

The decisions were about what theme would make this stretch of years most legible to a reader. Then I had to stick on that theme so the reader can walk away from that chapter feeling as though she learned something and that the knowledge has been organized in a way that she can absorb it and also dispute it. It’s not meant to be a stone tablet. The whole argument of the book is that the study of history is an inquiry.

GAZETTE: In the acknowledgements you write that W.W. Norton editor Jon Durbin asked you if you would write this book. Can you say more about how it came to be?

LEPORE: I had been asked to write a U.S. history textbook for many years. I’ve always said no. The problem with textbook writing is that stylistically it doesn’t work for me, it has nothing to do with how I write. Jon is with the college division at Norton, a tremendous academic publisher of course books. And so I thought about his ask because I do think there’s a good reason for there to be a new, single-author textbook and especially one that has not eviscerated the notion of authorship.

So I went back to Norton and I said I would write the textbook, but that what I wanted to do was write a trade book for the Norton trade side, and to work with this legendary editor Bob Weil, whom I adore and was thrilled to have the chance to work with. And so that’s what I did. I wrote the trade book first — that’s the book that just came out — in my own voice as a writer, bringing together a story about American history that is based on a half-century of the best historical scholarship and on some of my own archival work. Then I spent this past summer revising it into a textbook.

The reason I wanted to write the book is that I thought that the general reading public needs an ambitious, sweeping account of the American past. There are wonderful works of American history written every day, but this particular project is one that American historians used to undertake at a certain point in their careers; it was almost inevitable that a historian of a certain disposition and stature would get to a point in their careers and decide, “I’ve reached this age and now I should write my account of American history.” That hasn’t been done in a couple of generations. It became untenable, and I get all the reasons why it became untenable, but I think we suffer as a citizenry to not have that, because what gets done in its place is pretty terrible and corrosive and partisan and people tell all these tales about the past and there’s no way to dispute them or engage in a deeper way with them, because there’s no sense of a shared past. I decided to give it a try.

That was a long story, but I didn’t wake up one day and say, “I want to write a sweeping account of the American experience.”

GAZETTE: When did you start working on it?

LEPORE: I’ve been working on it since 2015. Before I came to Harvard I taught at Boston University and I used to teach the first half of the U.S. history survey every year, 1492-1865. Here, when I decided to do this project, I began offering a one-semester U.S. history survey class, so what I was mainly doing was writing my lectures each week and each lecture was a new chapter of the book. It was a way to just be constantly on deadline.

My students were a good test of a range of important questions: Did I actually have an argument to offer about this period in American history? Did I have something fresh and surprising that people didn’t already know? Was what I had to say intellectually coherent? Was it compelling? Were there enough illustrations of key themes? Did it leave people with unanswered questions? Did it provoke them to think differently about our world? All those things that you are looking for when you give a lecture to a room full of undergraduates.

They were down with that, and would constantly say: “What about this?” “You didn’t explain that.” “I thought we’d learn more about this.” Their comments were really helpful and useful. I’d realize I had just talked about Andrew Jackson’s presidency and legacy for 90 minutes and it turns out I really should have spent more time on X.

GAZETTE: You mentioned wanting to have something “fresh and surprising that people didn’t already know.” Was there anything that surprised you in the research?

LEPORE: Tons of it was fresh and new material to me. Some of it, to be clear, was from earlier lectures I had given or earlier essays I had written for The New Yorker, although each of those essays is always a surprise.

For instance, in this book there is a lot about the mechanical act of voting. For me, that research began a magazine assignment I had, years ago, in which I was to write a piece that examined the shift to electronic voting after the hanging chad incidents in the 2000 presidential election. To me the bigger transformation was the shift from oral to paper voting. My editor wanted to know how and why, and I said, “I have no idea, I just think that it would be interesting to find out.” So I did a bunch of reading about oral voting, paper voting, and early ballot-counting machines, spelunking around and looking for answers.

Curiosity is a good engine for writing a book like this. Most things in the world I do not understand, but the history of our political arrangements I have a pretty considerable familiarity with, so if something is puzzling to me, it’s usually going to be fun to find out about and fun to explain, and people are likely to be interested in it, and surprised, too.

GAZETTE: Is there any material you left out that you could see using for a future project?

LEPORE: One subject that I got really interested in, the relationship between public opinion and Supreme Court decisions over time, attracted my attention when I found that people began sending fan mail to Supreme Court justices in the 1930s. At first, fan mail is a radio thing, because I guess people would hear stuff on the radio and they would want to talk back to it because it’s talking to them — it’s very intimate. So they would write letters and they would send them to the station or to the network and the whole phenomenon of fan mail exploded. Eleanor and Franklin Roosevelt got reams and reams of mail. People wrote to the White House before but not in this volume. It’s radio-driven.

Then people got used to how cool it was to write to the president and they started writing to Supreme Court justices. And then they tell them what they think of their opinions. That they never did that before is probably a good thing, and now we are possibly in a very difficult position with regard to this branch of government that was actually not supposed to be answerable to public opinion and instead insulated from it because it’s a nonelected office that is a lifetime appointment. Today, that’s how elections are driven. And now people go crazy and tweet about the merest utterance from any justice. That something I had never thought about structurally.

GAZETTE: One reason to study history is to avoid making the same mistakes. But many would say, given today’s political and cultural climate, that we are repeating mistakes we’ve made for decades, even centuries. Why aren’t learning from past mistakes?

LEPORE: Some of the trouble that we are in has to do with the shallowness of time as it recedes from us. That’s not to say that people who had a deeper sense of the past lived in more just societies. But it impairs our ability to think clearly and to argue fairly about contemporary circumstances. We have a lot of symbolic politics in our lives, like the drive to pull down Confederate monuments, and not a lot of inquiry into the nature of the Confederacy, which is not to say that might not get us to the same place. But the people who are saying we shouldn’t pull them down and the people who are saying we should don’t share a common knowledge of the past, and aren’t actually curious about each other’s positions in a way that I think would strengthen ties that we are stuck with.

To my mind, each of us has an obligation to scrutinize the origins and persistence of inequality and to seek remedies in our time that are informed by humility about our own errors as much as by awareness of other people’s errors. There’s something to be said for taking a look.