A warning on homeschooling 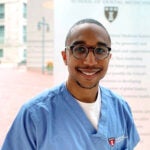 Nationally renowned child welfare expert Elizabeth Bartholet wants to see a radical transformation in homeschooling. In an article in the Arizona Law Review, “Homeschooling: Parent Rights Absolutism vs. Child Rights to Education & Protection,” she argues that the lack of regulation in the homeschooling system poses a threat to children and society. The Gazette sat down with Bartholet, the Morris Wasserstein Public Interest Professor of Law and faculty director of the Child Advocacy Program at Harvard Law School (HLS), to talk about the problems.

GAZETTE: How did homeschooling in the U.S. develop into such a fast-growing phenomenon over the past few decades?

GAZETTE: Could you compare the homeschooling phenomenon in the U.S. to other countries?

BARTHOLET: If we look at what goes on in other countries, the U.S. stands out as the anomaly. When other countries allow homeschooling, they regulate it much more strictly. They demand that parents show they are qualified to teach and that they turn in the curricula they plan to use. Other countries impose home-visit requirements, which are both a protection against child maltreatment and also a check on whether the parents are actually providing the education they say they are. They also mandate that the homeschooling curriculum provides an education equivalent to public education and includes teaching about the fundamental values of our society. Some countries like Germany effectively ban homeschooling altogether. In the U.S. there is essentially no effective regulation.

GAZETTE: Your article says that homeschooling in its current unregulated form represents a danger to both children and society. What evidence do you have to support that?

BARTHOLET: One is the danger of child maltreatment, and we have evidence that there is a strong connection between homeschooling and maltreatment, which I describe in my article. Other dangers are that children are simply not learning basic academic skills or learning about the most basic democratic values of our society or getting the kind of exposure to alternative views that enables them to exercise meaningful choice about their future lives. Many homeschooling parents are extreme ideologues, committed to raising their children within their belief systems isolated from any societal influence. Some believe that black people are inferior to white people and others that women should be subject to men and not educated for careers but instead raised to serve their fathers first and then their husbands. The danger is both to these children and to society. The children may not have the chance to choose for themselves whether to exit these ideological communities; society may not have the chance to teach them values important to the larger community, such as tolerance of other people’s views and values.

GAZETTE: Given the current circumstances, with schools canceled due to the coronavirus pandemic, many parents are homeschooling their kids. Does this massive shift to homeschooling pose any risks for children?

“The homeschooling lobby may be even more powerful than the gun lobby today, because at least with the gun lobby we see a lot of pushback. When it comes to homeschooling, the victims are all children so it’s harder to mount a political movement.”

BARTHOLET: My article was written and submitted for publication prior to the COVID-19 crisis. When that crisis hit I was totally in support of the orders shutting down schools as obviously schools then presented a serious danger of spreading the virus, and of course I believe that the overwhelming majority of parents are capable of providing at least a minimal education at home without presenting any danger of abuse or neglect. I do think, though, that the present near-universal home education situation is illuminating. The evidence is growing that reports to Child Protective Services (CPS) have plummeted nationwide, because children are removed from the mandated reporters that schools provide. As my article says, school staff constitute the largest group of reporters to CPS. I wrote an op-ed article in the Boston Globe in which I note that many experts on child abuse believe that the rates of abuse are much higher now as a result of children being kept at home and the various tensions families are suffering. Evidence is beginning to surface that abuse is in fact escalating in amount and seriousness

GAZETTE:  Let’s focus on the legal landscape of homeschooling. You said homeschooling exists in a legal void. Who makes sure children are being educated?

BARTHOLET: Nobody. There’s a shocking lack of regulation in this area. And that’s a product of the homeschooling lobby, which has fought for several decades now to eliminate any existing restrictive regulation and to oppose any proposed new legislation even in the face of horrific child abuse scandals. For example, in about a dozen states homeschooling parents aren’t even required to register. They can just keep their children at home rather than send them to school. Only about 10 states require that homeschooling parents have any educational qualifications whatsoever. The handful of states that do require qualifications typically demand no more than a high school degree. Some states require that parents submit the curricula they plan to use, but there’s almost no check on what parents actually teach through home visits or meaningful testing requirements. All this despite the fact that we have laws and constitutional provisions in 50 states that guarantee children the right to education.

GAZETTE: Why has the homeschooling lobby become so strong?

BARTHOLET: The homeschooling lobby may be even more powerful than the gun lobby today, because at least with the gun lobby we see a lot of pushback. When it comes to homeschooling, the victims are all children so it’s harder to mount a political movement. Initially, homeschooling was a really interesting mix of left and right thinking — left-progressive views that children’s natural creativity was being ruined in schools and right-wing religious views. Over the past decades, right-wing Christian conservatives became the dominant group in terms of numbers, and they completely took over in terms of political activism. Their power has to do with their ideological fervor, their tactics, and the absence of any significant organized opposition. Many academics and the biggest teachers’ unions in the country have found homeschooling deeply problematic. Homeschooling graduates have formed organizations documenting some of the maltreatment and other problems their members suffered and calling for regulatory reform. But these groups have not constituted an effective political force. The homeschooling lobby believes passionately in its cause, and it uses extremely aggressive tactics in dealing with state legislators. If a state legislator, in response to a child abuse scandal, proposes some modest increase in regulation, the next day they may find 200 homeschooling parents in their office, and the day after that they withdraw the legislation. That has been the pattern for decades. The other reason why the homeschooling lobby has been so successful is that the whole system is stacked in favor of parents’ rights. Our federal Constitution provides parents with powerful constitutional rights to raise their children, but provides children with no countervailing rights to nurturing parenting or to education. This is by contrast to other countries, which recognize child rights as central in their constitutions. The homeschooling lobby wants to make parents’ rights even more powerful, which is why my article’s title talks of “parents’ rights absolutism.” They have taken the position that the United States should not ratify the Convention on the Rights of the Child, which every other country in the world has ratified. They have proposed an amendment to the federal Constitution to make it even more protective of parents’ rights than it now is.

GAZETTE: What is the impact of the lack of legal supervision on children’s well-being in regard to possible abuse and neglect?

BARTHOLET: We have laws in 50 states that say children are to be protected against abuse and neglect. The laws also say that teachers are mandated reporters — they have to report suspected abuse and neglect to child protective services (CPS). But if parents decide they want to keep their kids at home and abuse them, there’s really no check on that. There is no system in place in any of the 50 states to check with CPS to see if the parents have previously been found guilty of child abuse. There’s no requirement that homeschooled children ever see anybody who’s a mandated reporter of child abuse. Effectively, there’s a right to abuse your child and to not educate your child, so long as you homeschool.

GAZETTE: Supporters of homeschooling can point to examples of successful homeschooled kids such as those who are studying in Ivy League institutions or the Grammy-winner Billie Eilish. How do you respond to those critiques?

BARTHOLET: Of course, in a large population, there are going to be some success stories. But we have zero evidence that, on average, homeschooled students are doing well. There’s actually no way to learn how they do on average because homeschoolers don’t exist as a visible population due to the lack of regulation. There are claims being made in what is really junk social science that homeschooled students do just as well as kids in regular schools. But there is no justification for those claims. People making those claims are looking at a subset of the most successful homeschooled students. They’re looking at the ones who actually apply to college and go to college, and are assessing how they do in college compared to kids coming from public schools. Those studies tell us nothing about how well homeschoolers do on average.

GAZETTE: What’s your take on Tara Westover, who wrote about being homeschooled in her best-selling book “Educated”?

BARTHOLET:  I’d say that Tara Westover’s story is an overwhelming indictment of homeschooling. She describes growing up in a family where her father and brother were seriously mentally ill and subjected her to traumatic physical assaults, while she was taught essentially no educational skills. The absence of effective regulation meant that she could be raised in these conditions with no check. There are some amazingly resilient and brilliant children who manage eventually to thrive despite outrageous maltreatment. Tara is one of them. But we have no documentation of the success or failure of her siblings. And we know that children subject to the kind of maltreatment and educational deprivation characteristic of many homeschooling situations generally do not do well in life.

GAZETTE: Finally, you call for a presumptive ban on homeschooling. What do you mean by this? What do you hope to achieve with this paper? 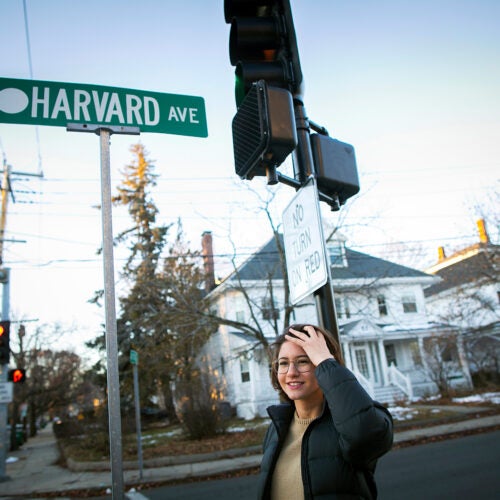 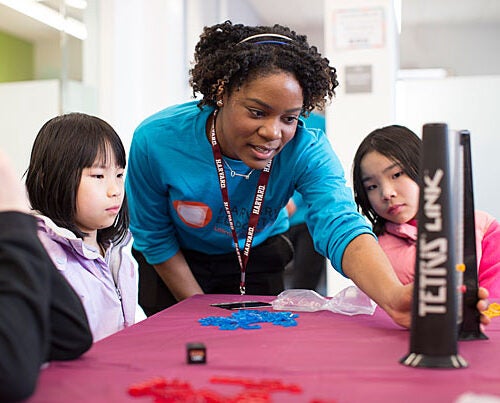 BARTHOLET: I’d like to see a radical transformation of the homeschooling regime. I would not ban all homeschooling but would require that parents demonstrate that they have a legitimate reason to homeschool — maybe their child is a super athlete, maybe the schools in their area are terrible. They should also demonstrate that they’re qualified to provide an adequate education and that they would provide an education comparable in scope to what is required in public schools. And for parents granted permission to homeschool, I would still require that their kids participate in at least some school courses and extracurricular activities so they get exposure to a set of alternative values and experiences.

Honestly, if legislators felt free to decide what to do based on what they think makes sense for children and society, I think they would radically reform the current regime. But legislators aren’t engaged in that kind of rational policymaking — they are simply responding to the homeschooling lobby’s overwhelming pressure. I see my article as an attempt to expose the reality of unregulated homeschooling. With more exposure, we might get some action. Even since I’ve written the article, I’ve been in touch with a lot of people around the country who share my concerns and have a range of ideas about how to pursue reform. My hope is that some of us can work together to develop a meaningful action agenda with the goal of better protecting our children’s rights to education and to protection against maltreatment.