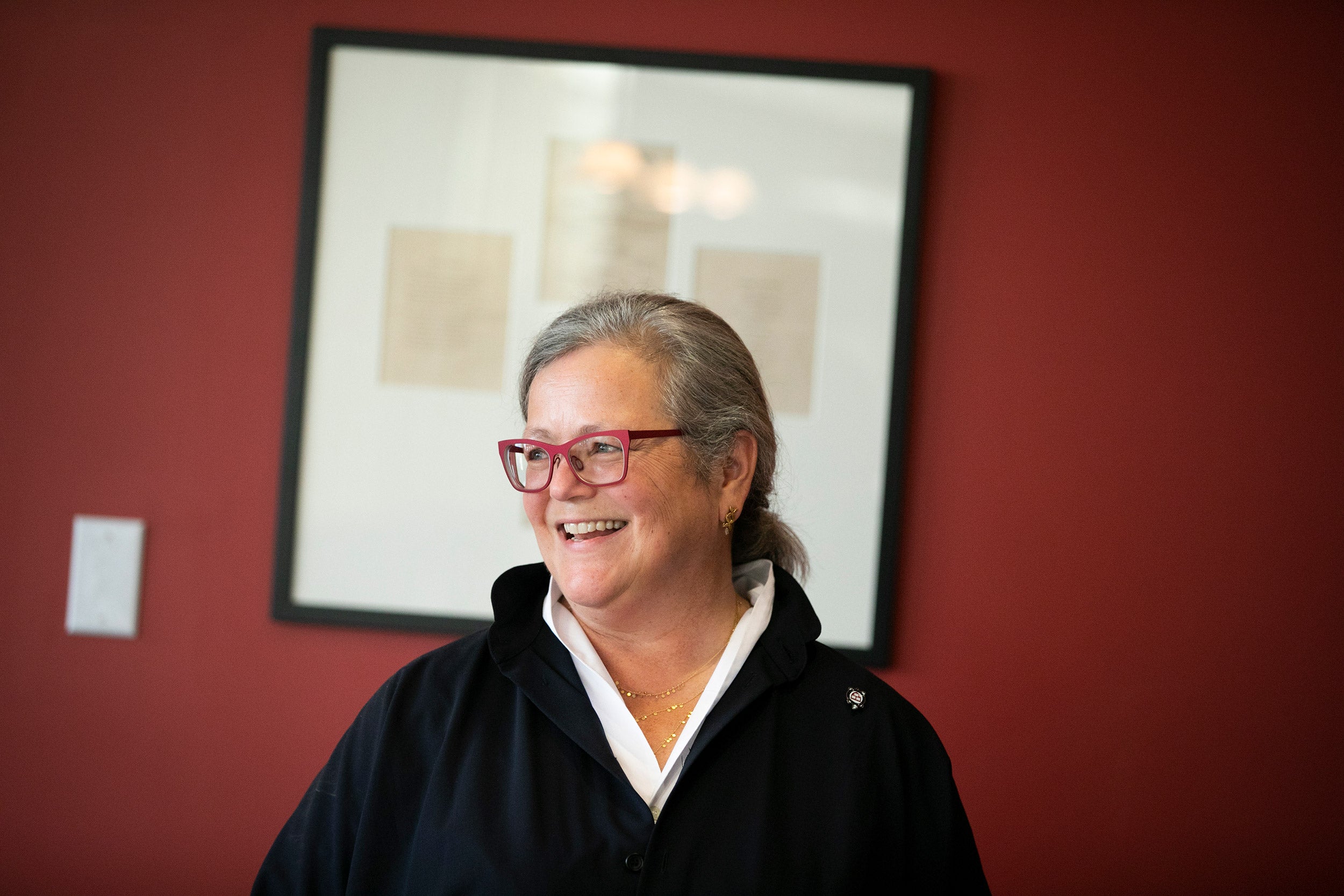 As a kid, Christina Chang was already a mini-sustainability activist. She recycled and reused. She turned lights off in empty rooms. She screened  “Captain Planet and the Planeteers” at her school on Earth Day. And, for two years in high school, she showered sustainability-style, turning the water on just long enough to get wet, then lather up, and rinse off under a quick burst of cold water.

“I was unwarrantedly stoically proud of my extreme shower practices,” Chang said, “until I learned about the order of magnitude that is needed to make a real difference.”

Most individuals won’t clench through two years of sustainability showers. But it doesn’t matter. Compared to industrial production, livestock farms, and highways jammed with cars, a cold shower won’t foot the climate bill. That power gap might deflate the most ardent environmentalist, but for Chang, it was a call to action: Instead of just changing her behavior, she set out to change the aluminum and steel mills, coal plants, and concrete and plastic industries.

“I realized that my habits as an individual will not make a big enough difference to matter,” Chang said, “but maybe my inventions could.”

As an undergraduate at Princeton University, she invented a water decontamination process. As a master’s student and Marshall Scholar at Cambridge University, she created a new solar-to-hydrogen technology. Then, as a chemistry Ph.D. candidate in the Harvard Graduate School of Arts and Sciences (GSAS) Chang was working in the lab of  Roy Gordon, the Thomas Dudley Cabot professor of chemistry and professor of materials science, when she co-invented a method that could enable the production of cheaper, longer-lasting solar panels that can be mass produced at a rate of a few feet per minute.

“Switching from fossil fuels to renewable energy has many benefits,” Chang said, “but it’s still somewhat expensive for the majority of people.” Her invention could drop the price and speed production.

“I realized that my habits as an individual will not make a big enough difference to matter, but maybe my inventions could.”
— Christina Chang, Ph.D. '20

Yet that was still not enough. Chang filled her nights and weekends chasing curiosities that extended beyond her Ph.D. work and even beyond her discipline. When she learned how much carbon dioxide the steel industry emits — production generates between 7 and 9 percent of global emissions, according to steel industry figures — she invented a sustainable chemical steel manufacturing process that could decrease those emissions. Her side project won the 2019 President’s Innovation Challenge Ingenuity Award for ideas with potential to be world-changing. “The only way [the world] gets better,” said Harvard President Larry Bacow in his introductory remarks at the award ceremony, “is if good people like you are willing to make it so.”

Chang is willing and more than able. At Harvard, she was president of the chemistry department’s Graduate Student and Postdoctoral Council for two years and then president of the Energy Journal Club for another two.

Curious about psychological techniques to promote sustainability, she co-founded a cross-disciplinary conference called “Nudging Toward a Cleaner Future.” In March, she received her Ph.D. in chemistry, surprising no one.

Though Chang decided to devote her life to sustainable technology at 19, that wasn’t her first unshakable commitment. At age 12, she decided to become fluent in Spanish and, with help from the Spanish-speaking residents in her native Austin, Texas, she did.

At Harvard, to maintain a self-imposed rule to practice Spanish (and French) at least once every week, she co-organized GSAS Spanish and French language tables for fellow linguaphiles. Recently, her Spanish skills faced a high-stakes test.

Two years ago, she found a new devotion: rock climbing, which she said taught her to plan for risk and prepare back-up systems for inevitable failures.

In January, after defending her dissertation, Chang packed a backpack with clothes, anti-malarial pills, rock-climbing gear, sunblock, her passport, and 12 Clif Bars, and flew to Peru on a one-way ticket. When people asked if she felt safe as a woman traveling alone in Latin America, she said, “I hang off sheer rock faces — this trip is way less scary.”

From January to March, Chang backpacked alone through rural Latin America. She climbed volcanic cliffs in Peru and scaled 1,200-foot canyons in Mexico. In Guatemala, she taught chemistry to middle schoolers and installed ventilated “eco-stoves,” which improve respiratory health over traditional open-fire cooking.

In the Peruvian Amazon, she joined Harvard Professor Joost Vlassak as a teaching assistant for his course on sustainability challenges. Together with Professor Carlos Rios from Peru’s University of Engineering and Technology, they took undergraduate students deep into the rainforest to talk to informal miners, who extract gold from the Amazon river’s basin with methods toxic to their soil and health, helping them to find safer methods.

“If we’re going to help invent solutions for folks in the developing world,” Chang said, “we have to understand a little bit about what life is like there and not just assume we know what the problems are.”

In mid-March, the COVID-19 pandemic forced Chang to cut her trip short, and she flew home to shelter in place.

Soon, whether in person or virtually, she will begin her Department of Energy ARPA-E Fellowship. There she will develop sustainable technologies for industries that collectively account for one-third of global energy use — concrete, steel, aluminum, pulp and paper, plastics and chemicals.

“For example,” Chang said, “if we could develop a technology eliminating the carbon footprint of steelmaking, we would save over 5 percent of global CO2 emissions. If steelmaking were a country, its emissions would rank fourth in the world, just below India and above Russia.

“In spite of my naive sustainability fanaticism as a kid,” Chang continued, “today I don’t proselytize or chastise or advocate for everyone with the privilege of a career choice to adopt sustainability as their pet cause. My vision for the world is one where we lower our carbon footprint not through ground-up, individual actions, but by creating systems that make sustainability automatic, so that people can go about their lives and do the jobs they are called to do — doctoring, lawyering, homemaking — without needing to add sustainability to their list of worries.”

Unlike Captain Planet, Chang no longer tries to save the world one small act at a time; instead, she’s helping to build a world that no longer needs saving.