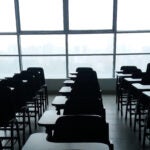 At virtual seminar with municipal leaders, stresses that clear communication is vital during pandemic

The coronavirus pandemic is testing the management and leadership skills of mayors across the country — particularly in larger cities like New York, Detroit, and Chicago, which have been hit with far greater intensity than more rural areas.

One rising concern for all municipal leaders is the residents’ mental health amid prolonged social distancing and the daily drumbeat of grim news about mounting deaths and infections. For nearly everyone the abrupt social and economic changes brought on by government-mandated activity restrictions have been disorienting. Soaring tallies of contacts at online mental health services and recent opinion survey data indicate people are feeling increasingly anxious and stressed, with many acting out in harmful ways.

During a virtual seminar Thursday, 750 people representing nearly 300 U.S. cities got advice from top executives who led the nation’s last public health crisis, the Ebola epidemic, on how to help their cities cope and prepare for reopening in the coming weeks or months.

“The biggest mistake that any of us can make in these situations is to misinform, particularly when we’re requiring people to make sacrifices and take actions that might not be their natural inclination,” said former President Barack Obama, J.D. ’91. He urged the mayors to speak truthfully, but with compassion and empathy for what their communities are going through.

“People need to know that you are understanding what they’re going through and that it’s hard. They also need to know that better days are ahead. It won’t be tomorrow, or next week, but things will get better — and they’ll get better specifically because of the sacrifices everyone is making today,” said Michael R. Bloomberg, M.B.A. ’66, the former New York City mayor and founder of Bloomberg L.P and Bloomberg Philanthropies.

The weekly seminar, created by the Bloomberg Harvard City Leadership Initiative in collaboration with Johns Hopkins University under the umbrella of Bloomberg Philanthropies’ Coronavirus Local Response Initiative, began in mid-March to provide mayors with relevant, up-to-date information and best practices and presentations from experts in public health, crisis management, and other disciplines.

At prior seminars, former President Bill Clinton emphasized the importance of providing accurate information to residents, while former President George W. Bush, M.B.A. ’75, said that during trying times it is vital that mayors, as the leaders people hear from most often, must deliver not only truth and empathy, but above all hope.

“Mayors are on the front lines of battling the COVID-19 crisis: They are dealing with an unprecedented disruption of public life, severe economic damage, spikes in domestic violence, and deepening racial disparities in health outcomes and quality of life,” said Jorrit de Jong, senior lecturer in public policy and management at Harvard Kennedy School and faculty director of the Bloomberg Harvard City Leadership Initiative. “Our sessions are designed to help them navigate these challenges, learn from each other, and receive reliable and actionable public health guidance.”

Dr. Joshua Sharfstein of the Johns Hopkins Bloomberg School of Public Health provided the latest nationwide data on the still rising trajectory of cases and discussed the coming importance of contact tracing to identify those who’ve been infected before cities reopen.

With mayors facing mounting pressures to lift stay-at-home orders in the coming weeks, Tom Frieden, the former director of the U.S. Centers for Disease Control and Prevention who oversaw the Obama administration’s Ebola response, said mayors will need to prioritize public health and take a host of bold new steps to prevent further outbreaks in their cities and ensure their affected citizens are receiving appropriate care and separated from those who are uninfected. That will require city officials to dramatically scale up public health teams to both care for and monitor this population, he said.

Frieden, who now heads the global health nonprofit Resolve to Save Lives, said a major lesson from the Ebola epidemic is the key role local officials play. They are better situated than federal leaders to identify problem areas and allocate resources, as well as to communicate with their communities. Additionally, during the current pandemic they’ve often been called upon to take decisive action in response to the rapid spread of the virus. If, for instance, New York City had waited just two more days before urging residents to stay at home, the current death toll would be double, Frieden noted. 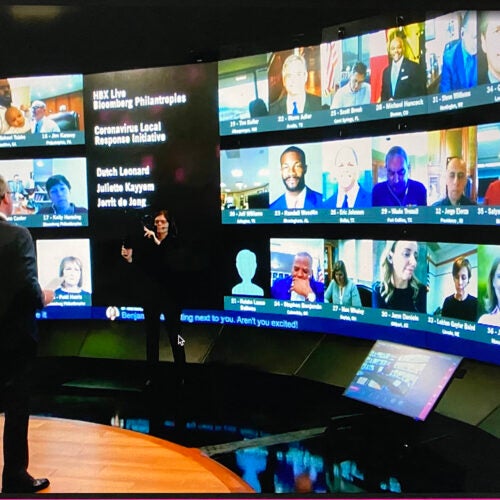 Leadership on the front line

On top of their other responsibilities, addressing the mental health needs of their communities, as well as their own, is fast becoming a critical part of the crisis response for mayors, and will remain one long after curfews are lifted and restaurants reopen.

Kimberlyn Leary, associate professor of psychology at Harvard Medical School and an associate professor in the Department of Health Policy and Management at Harvard T.H. Chan School of Public Health, said recent data shows that people of all ages and walks of life are facing an array of mental health difficulties sparked or worsened by the pandemic. They include anxiety about contracting COVID-19 or losing employment, loneliness from social-distancing practices, and profound grief or guilt over the abrupt loss of loved ones. Extended home confinement and stress has led to sharply escalating rates of domestic abuse or violence and drug overdoses.

Leary said city leaders can help the public manage stress during this period by using their bully pulpits to promote available resources and lessen the stigma around mental health by acknowledging difficulties. They should speak not only about issues affecting the general public, including grief, but to the concerns affecting specific groups, such as African Americans, health care workers, or stressed-out parents. Mayors can also expand services and capacity wherever possible, and partner with non-government organizations that offer services.

But most importantly, they can, and ought to, lead by example by being mindful of their own mental health needs and caring for them by whatever means works best for them — whether it’s exercise, yoga, talk therapy, naps, or something else.