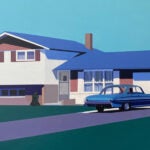 So what have you been up to?

Suppose Harvard were allowed to reopen tomorrow. Would it be ethical to allow a limited number of students to return, provided they tested virus-free and were willing to repeat the test daily?

That and other hypotheticals were proposed by Michael Sandel in a campuswide Zoom event, “Harvard Live: Pandemic Ethics,” on Thursday evening. Sandel, Bass Professor of Government Theory at Harvard Law School, has lately been examining implications of COVID-19. Earlier this week he published a New York Times opinion piece, “Are We All in This Together?,” which argued that the pandemic has laid bare economic inequities and that we should take this opportunity to rectify them when the nation reopens.

On Thursday Sandel took full advantage of the interactive format to involve the preregistered students and faculty in discussion and debate. His method was to propose a hypothetical and poll the audience on whether they felt it was ethical, then invite representatives on both sides to weigh in. The case for opening Harvard (presuming more reliable testing in sufficient quantity were available) got the closest vote — a narrow majority was in favor — and prompted lively disagreement.

A Business School student who supported a limited return of students argued that there already are preconditions for attending school, including the administration of some vaccines. “Sure it’s unfair, but it’s a fact of life … You can’t be in large groups if you have a disease that is transmissible.” This worried a design student who pointed out that students with preexisting conditions were likelier to be excluded. As Sandel noted, Harvard would then be left with the tough choice of whether to extend benefits to a privileged few, or to allow them to nobody.

Cabot Professor of Mathematics Curtis McMullen opposed the idea on both practical and ethical grounds. “We’ve been talking about these tests as if they are 100 percent reliable, which is doubtful. So if one student has an invalid certificate of immunity, it would infect the community. And I am also worried about the idea of equity: If Harvard is one of the few campuses that can open its doors because it has a great medical school and access to testing, what does that say about our society?” That said, he said it’s possible such a scenario could come to pass. “I can imagine that we would make the moral compromise and open the campus anyway, but I would be troubled.”

“I’m struck by how all of the choices that we face in this particular problem are bad choices. None are obvious; none are clearly the right thing to do. But act we must.”
— Larry Bacow, University president

In a related question, Sandel asked if an “immunity test” were developed, should those who could pass it be allowed to return? Jane Mansbridge, the Adams Professor of Political Leadership and Democratic Values at the Kennedy School, suggested that those in the most essential jobs might be allowed, with the possibility of a tax to share income with those unable to work. “I already think that those of us who have secure jobs, like you and me, should be sharing our incomes,” she told Sandel.

Sandel also noted that we accept a loss of life in certain situations — such as auto accidents, which would be greatly reduced if the speed limit were reduced to 20 mph. So, he asked, should America reopen the economy and be prepared to accept similar losses through COVID-19? This also got a divided response, with a slim majority opposed, and proved tougher to answer.

“As a physician, my placing of the human life is above all,” said Lawson Ung, a postdoctoral research fellow at Harvard Medical School. “But [shutting down society] itself entails a lot of economic- and health-related outcomes, which may not be desirable. I worry about the slippery slope in quantifying the death toll. How many concessions is society willing to take on?” 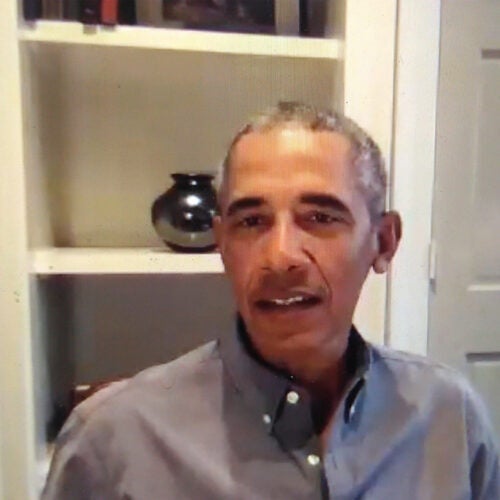 At virtual seminar with municipal leaders, stresses that clear communication is vital during pandemic

The event closed with two honored guests: Harvard President Larry Bacow and his wife, Adele Fleet Bacow, making one of their first appearances since recovering from the virus. “We live in an imperfect world. I think we would all acknowledge that,” said Larry Bacow. “I’m struck by how all of the choices that we face in this particular problem are bad choices. None are obvious; none are clearly the right thing to do. But act we must. We don’t have the luxury of saying that the problem is too hard; we can’t deal with it. We will deal with it; we’ll struggle with it; we’ll try to make the best choices that we can.”

Added Adele Bacow, “I was particularly struck tonight by the range and diversity of people who cared enough about this topic to participate. It reinforces how important it is to have a multidisciplinary approach to think about ethics, to think about sciences, to think about policies to help us get through the pandemic. To the students and faculty who are working so hard we would say: We need you now more than ever.”