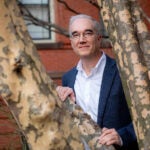 Why the Arboretum remains open

Dancing, kicking, stepping, smiling to a pulsing, upbeat blend of hip-hop and Bollywood, flamenco and K-pop, Sandra Kim has been teaching through Harvard Recreation for more than a decade, and her many fans will tell you that her Zumba classes are fun.

Even on Zoom, where they’ve been held over the past month.

“A virtual class removes some of the self-conscious pressures that may be present in an in-person class,” said regular participant Tara Sowrirajan. “There is less of a tendency to judge yourself because you have the option of dancing or working out just for yourself and your own eyes.”

During a recent Wednesday evening class Kim, Ed.M. ’04, performed her high-energy moves from her kitchen in a brightly colored workout top, with her voice muted and replaced by hits by Britney Spears, Little Mix, and BTS. Most of the 70 class members kept their cameras turned off, but about 20 could be seen in Zoom windows, heads and torsos bobbing in time to the music in their bedrooms, living rooms, kitchens, and backyards.

A licensed counselor, Kim hasn’t had much trouble maintaining her community online. Dozens of regulars have been showing up to her virtual classes since campus closed.

She readily admits the differences between online and in-person. “Group fitness people get motivation because there’s other people in the room, and they’re feeling their energy,” she said. “[On Zoom] it’s just me, and although I do see people’s faces, not everyone has their videos on and everyone’s one beat off.”

Sowrirajan agrees that the sense of community is important. But the Ph.D. student in the Computer Science Department, who has been attending Kim’s classes for two years, is pleased that hasn’t been completely lost.

“I do love the community feeling you get in a live virtual class, seeing everyone in their small thumbnails, dancing and having fun!” she said. “For me, it is more energizing to be physically present in a group of people dancing, but there are definitely elements of this attempted to be captured via a virtual class.” 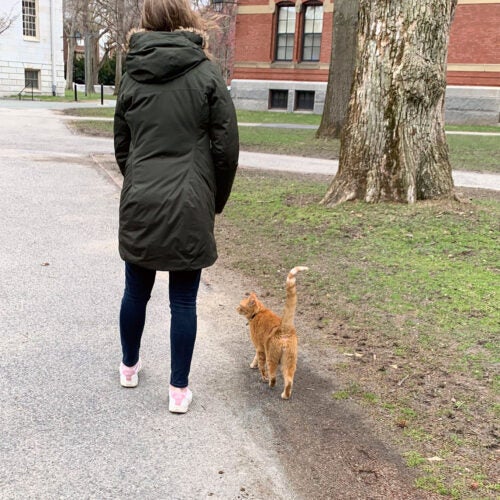 Despite the lack of a studio and verbal instruction from Kim, participants smiled (and sweated), cracking jokes and offering encouragement and feedback by Zoom chat as the class progressed. Regulars seemed familiar with the steps, while others simply tried to follow along.

Keeping the energy up enough for everyone to see is more taxing onscreen than in person, especially without the usual live feedback, Kim said.

“I thrive off of people, whether they’re happy or frustrated or hooting and hollering. That’s what I get a kick out of,” Kim said. “After Wednesday’s class, I was very much kaput.”

At least until her next class.