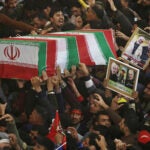 Health care, climate change, and political reality collided this week, when experts discussing national single-payer health insurance clashed over the question of whether Democrats should make it their top priority if the party manages to retake both the White House and Congress this year.

John McDonough, a professor of the practice of public health who played a role in the design and passage of the Affordable Care Act, shook his head, arguing that recent history suggests health-care overhaul debates tend to crowd out all other issues and to exact a high political price.

“Health care is vitally important, but so is climate change, so is voting rights, so is gun control,” he said. “When health reform is on the agenda, it sucks up all the political oxygen in the room, and there’s very little room or space for anything.”

Adam Gaffney, an instructor in medicine at Harvard Medical School and president of Physicians for a National Health Program, disagreed, citing Franklin D. Roosevelt’s New Deal and Lyndon B. Johnson’s Great Society as examples of packages of progressive initiatives that passed despite multiple controversial parts.

“If you look at American history, many times many important reforms can be sought and achieved at the same time and that’s what we’re hoping for,” Gaffney said.

The exchange came during The Forum at Harvard T.H. Chan School of Public Health. The webcast, “The Future of National Health Insurance: Debates During a U.S. Presidential Election Year,” also featured Robert Blendon, professor of health policy and political analysis at the Chan School; Sara Collins, vice president of health care coverage and access for The Commonwealth Fund; and Phil Ellis, president of Ellis Health Policy Inc. and former analyst, adviser, and deputy assistant director at the Congressional Budget Office.

McDonough reminded the panel what happened to Democrats the last two times they took on health care. The party has won the coveted “trifecta” of the House, Senate, and White House just twice in the last 40 years. The first was during the first two years of the Clinton presidency and the second was during the first two years of the Obama presidency. Both times, he said, health-care restructuring topped the agenda — unsuccessfully for Clinton and successfully for Obama. And both times Democrats lost control of Congress in the midterm election.

“Each of them made heath reform their signal, main issue, and very little else happened,” McDonough said. “I think we have to be pragmatic … because the consequences are severe, not just for health but for everything else we care about.”

He also said that even under Democrats’ most favorable election scenario, mustering the votes for Medicare for All or another single-payer national health plan is unlikely, because a Democratic Senate majority, if achieved, is unlikely to approach the 60 votes needed to forestall a Republican filibuster.

National polls show that voters care deeply about health care and Democratic presidential candidates have made the issue central to their campaigns. But Blendon cautioned that a closer look at polling responses shows that Democrats and the general public aren’t necessarily talking about the same thing. While Democrats are dedicated to making the health-care system more efficient overall, the public is more narrowly focused on personal costs, such as co-pays and other out-of-pocket expenses. They’re skeptical that they’ll see savings from any plan aimed at system-wide efficiencies.

Polls show Americans clearly split between keeping and tweaking the Affordable Care Act, scrapping the current system in favor of Medicare for All or other similar national health insurance, or Republican-sponsored changes that would reduce federal mandates and devolve more power to the states.

“When health reform is on the agenda, it sucks up all the political oxygen in the room, and there’s very little room or space for anything.”
— John McDonough

That split, Blendon said, shows that despite years of debate so far, the discussion about health care isn’t close to finished.

Demographically, Blendon said, some changes are likely over the next 10 years. The wing of the Democratic Party that is most disaffected with today’s institutions and most willing to scrap the current health-care system is also its youngest, which means that support for fundamental change is likely to grow over the next decade.

Despite differing outlooks, panelists agreed that further action on health care is needed. Currently 27 million to 30 million Americans are uninsured, and another 44 million are underinsured, with high co-pays and out-of-pocket expenses. Though the ACA brought the nation’s uninsured below 9 percent for the first time, other developed countries have rates between 0 and 1 percent.

Recent studies show that Medicare for All may save money, Gaffney said. The U.S. spends $812 billion annually just for administration of its health-care system, twice what Canada pays. That indicates that even if the cost of care itself doesn’t change under Medicare for All, there may be administrative savings.

The biggest difference in a Medicare for All scheme, Ellis said, wouldn’t be the level of spending, but rather who does it. The current system is split roughly 50-50 between the public and private sectors. Medicare for All would move that closer to 100 percent public sector. There may be some increased cost, he said, because more people would presumably take advantage of free or low-cost care. Businesses would pay about what they’re paying now, but to the government instead of private insurers, while consumers would see out-of-pocket expenses decline. The big losers would be health insurers, particularly their workers.

Under such a system, physicians would likely spend less time on administration, and hospitals could see administrative costs cut as well. Medicare, however, reimburses medical costs at much lower levels than private insurance, so both may see reimbursements decline.

Panelists said it is difficult to predict the impact of a Trump reelection on health care, but the general trend of Republican action has been to make health insurance cheaper by reducing coverage and relaxing mandates that insurers cover preexisting conditions. If insurers are again allowed to refuse those with preexisting conditions, Ellis said it’s likely that markets would be split between healthy people paying lower premiums and the sick, who may be forced into high-risk pools with higher premiums. McDonough said it’s also likely we’d see a continued rise in the number of uninsured, whose ranks have risen by 2 million in recent years. 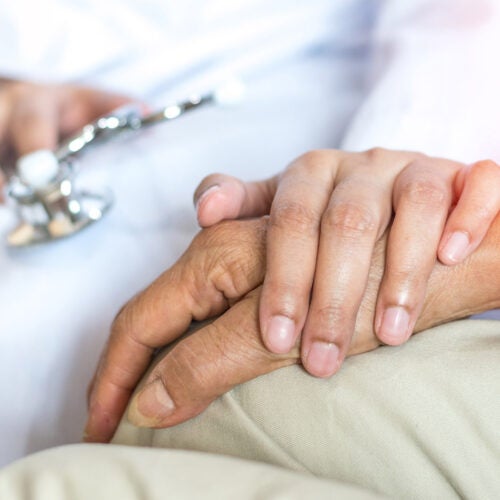 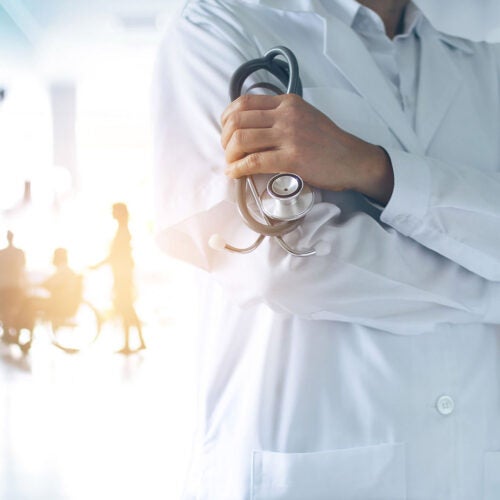