Creating an environment that fosters innovation 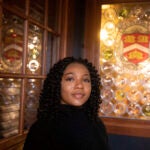 As director of the White House Office of Science and Technology Policy, Kelvin K. Droegemeier serves as a science adviser to President Trump, and he coordinates the federal government’s science and technology initiatives. Since being confirmed last January, one of his biggest focuses has been the creation of the Joint Committee on the Research Environment in May. That panel is focused on resolving problems such as administrative hurdles that slow federally funded work, sexual harassment in science, and security around research, among others. On Wednesday morning, Droegemeier, a former vice president of research at the University of Oklahoma and a co-founder of the National Science Foundation’s Science and Technology Center for Analysis and Prediction of Storms, visited Harvard Law School for a conversation on his office’s work. The Gazette spoke with him after the closed-door event.

GAZETTE: Can you give us a brief background on the Joint Committee on the Research Environment, or JCORE?

DROEGEMEIER:  So its main focus is on the research environment, and by that we mean basically anywhere research is conducted. It might be a laboratory; it might be a classroom; it might be a remote outpost; it might be a ship; it might be someplace where people gather at a restaurant to do a journal club to talk about research. Wherever it is, we want to make sure that the environment is operating with maximum integrity, that it’s inclusive, that it’s securing and protecting our research assets while being open, and that it operates with minimal administrative workload.

JCORE, which is part of the National Science and Technology Council, is broken up into four subcommittees, which have about 25 federal individuals across multiple agencies participating in them. These four subcommittees are research security, research administrative workload — that is all the red tape you have to deal with as a researcher when you’re working on a federally funded project — safe and inclusive research environments — a.k.a. things like sexual harassment or physical safety — and then the other one is research rigor and integrity, which focuses on reproducibility and trustworthiness.

GAZETTE: This started back in May 2019. What’s been the progress so far?

DROEGEMEIER: Great progress actually. Each of these subcommittees has met about 14 times since May of last year. In fact, we had a national summit on Nov. 5 at the White House where we brought together individuals from industry, academia, and nonprofits to talk about where we are at in terms of initial thoughts toward policies and toward practices. Right now, we’re continuing to do meetings like this. It’s why I was at Harvard today, to continue to get input from the scientific community, including members from Harvard, Boston University, Tufts, medical schools, and MIT, to continue to get input to refine our thinking and make sure we land at the right place in terms of what the policies might be.

This is important because if you look at the subcommittees, they all kind of interrelate. For example, if we take policies that are in place to address the issue of research security and we substantially increase the research administrative workload there, that’s probably not a good thing to do. So by having all of these subcommittees interact with one another — even though they are working on four distinct topics — they all naturally interrelate to one another. This has actually gotten a good amount of interest by other countries because they might be interested in research security, but they’re saying, “Gee, you guys are also looking at issues like sexual harassment,” which is of concern to them as well. In fact, many countries have expressed interest in working on this with us, which is really wonderful, because it means we lock arms with other countries to address these issues not just in the U.S. but on a global scale.

GAZETTE: What has been some of the input you’ve gotten from the scientific community at events like the one at the Law School?

DROEGEMEIER: It’s all over the board. It’s things people have experienced in terms of workload, in terms of harassment, in terms of research security. A lot of the time it’s just giving individuals in research a chance to express their experiences but also to say, “Here’s an idea that I think might help,” or “If you do this, make sure you think of this, as well.” It’s more just getting people to give their thoughts on how to address some of these challenges, like what are the roles and responsibilities of a university versus an agency. Things like that, that people have different views on.

GAZETTE: What spurred the creation of JCORE?

DROEGEMEIER: What spurred it was me coming to the White House. I came two years into the administration, and I’m a professor and have also been a vice president for research, so I’ve always worked with people who are working on lots of really extraordinary things and have thought a lot about the environment in which research takes place. This is something that I feel very strongly about and believe we need to be working on. So in the fall of 2018 when I had my confirmation hearing, I really started to think hard about what I would bring to this role, and I landed on this. Obviously there have been reports of things like this before, but it hadn’t risen to the level it is now, I think. And it wasn’t that I had discovered this and no one else had. But I thought here was to a way to do it with a joint committee so that we can work on them all together because they all interrelate.

GAZETTE: What are some of your other priorities in this role?

DROEGEMEIER: Along with making substantial progress in JCORE, other priorities are industries of the future [like quantum computing, biotechnology, or artificial intelligence]; enhancing diversity and inclusion in science is a big priority as well and very critical; there’s broadening participation [of students in STEM]; leading the global scientific community with our research values; and remaining the destination of choice for international students. We really want to be promoting our international research enterprise while also having a robust program for American students to get into STEM fields and especially increasing diversity there. We really want to make progress in these areas and many others.