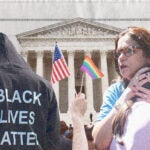 Hicham el Alaoui was a young prince — only 7 — when he witnessed a devastating military coup unfold against his family inside the Moroccan royal palace in 1971. The assailants did not succeed in overturning the 350–year-old monarchy, then under the rule of his uncle, King Hassan II, but Alaoui saw his father wounded, and dozens in the palace killed. It set the backdrop for the spiritual and political reckoning that would take him far outside the strictures of the monarchy, into the realm of scholarship and onto the international stage.

As Alaoui grew and became more outspoken in advocating for reform, relations with his family deteriorated. Twenty years ago he parted ways with the monarchy, and recently he formally asked the king to relieve him of his royal title, eschewing his position in the line of succession. Today, as a scholar and doctoral candidate in Oriental Studies at Oxford University, and an associate of Harvard’s Weatherhead Center for International Affairs, Alaoui is an activist for democratic reform in the Arab world.

The Arab Spring, the wave of mass uprisings that began in Tunisia in 2011, raised the world’s hopes for real transformation in the region. But after the first set of uprisings, the momentum stalled, and authoritarian and military leaders ascended to power or countries fell into civil war. Today, Tunisia is the only country in the region with a clearly democratic system. At the highest level, why did the Arab Spring fail?

In its first iteration, the Arab Spring imploded due to geopolitical intervention of certain countries within the Arab world that wanted the democratic experiment to go off the rails. Saudi Arabia, United Arab Emirates, and Egypt did everything to make this fail.

Secondly, it also failed because many of the social movements that spearheaded this change were content with observing and not translating their demands into concrete policy, and by not becoming institutional political actors. They basically brought about the fall of dictators but they didn’t transform into political parties.

In your lectures, you break down the Arab Spring into several phases. Can you describe them?

The first phase of 2011–2012 brought the youth into the streets. In this initial phase, governments were discombobulated and attention fell on popular movements that drew upon new technologies and symbols to resist authority and demand freedom.

In the second phase, elections were held and Islamist parties came into power in Tunisia, Egypt, Yemen, and Libya.

The third phase of counterrevolution exploited the failure of many popular movements and opposition forces to effectively organize politically. This phase was spearheaded by counterrevolutionary regimes like Saudi Arabia, which had become petrified about the spirit of these democratic uprisings spreading like a contagion into their societies. This reactionary coalition poured vast resources into subverting democratic experiments, as in Egypt, Bahrain, Libya, and Yemen, sometimes through diplomatic campaigns and sometimes through military force. Counterrevolutionary regimes also saturated their own societies with promises of economic prosperity and order as a way of drawing stark contrasts with the turmoil and disruptions prevalent with the mass uprisings, in hope of preempting potential unrest at home.

“Since 2011, I’ve defended the idea that the Arab Spring is a process, not an event. It may take 10 to 20 years, and some countries will have a very difficult time getting out of the civil wars they’re in, like Libya or Yemen.”
— Hicham el Alaoui

Would you say the movement is now entering its fourth phase?

Today, popular dissent has become resurgent due to the recognition that authoritarian regimes simply cannot deliver upon their lavish promises. Today’s activists are devoid of romanticism, and more strategic in calculating their mobilization techniques. We are seeing less of a groundswell movement, but rather forms of resistance that conform to each country’s particular circumstances.

In response, autocratic governments have become more repressive and brutal, because they now realize their space for maneuvering has diminished. Promises of future democratic reform are no longer credible, and rulers lack the capacity to sustain economic growth and job creation. The next wave of revolutions has already begun, as we see now in Sudan, Algeria, Iraq and Lebanon. There, protesters are not backing down even in the face of the worst threats of violence, because they know the stakes are high.

The 2011 uprisings led to the toppling of several dictators in short order — Tunisia, Egypt, Yemen, and Libya — and this was unprecedented. Why did the activists back down in light of such remarkable victories?

The youth, who spearheaded the movements, stepped back and started observing instead of participating and then of course it stopped there. They basically said, “No, we are not going to build or join political parties.” They said, “We’re going to remain leaderless.” They refused to legitimize government institutions and rejected any concept of vertical, top-down organization. Why? After seeing decades of corruption, they had inherent doubt of politics. Politics was dirty, it wasn’t pure, it was corrupt. For them, maintaining their idealism was to basically stay untainted. They might continue going to rallies and so forth but they couldn’t craft coalitions. They couldn’t come up with positions either for or against policies and so they could not influence politics. You can build pressure by getting people on the street but eventually, if that pressure cannot find the pathway into the political system, then you’re completely marginalized.

And in a leadership vacuum, military factions took control?

Did religion play a role in the Arab Spring?

If anything, the Arab Spring has proven that Islamism is not a fatality in the politics of all of these countries. The Islamists have not led these movements. They have come to power because they were better organized. But once they come to power they’re not given a blank check. Religion erected in the form of governance with religious edicts and so forth is perhaps something of the past now. We have to separate religiosity — the idea that religions should play a role and hence be present in the public sphere — from the aspect of fundamentalist groups running the country unhinged. It’s clear that it’s not the case anymore. There is a deep yearning for accountability and pluralism.

Is there anything Americans get wrong when they think about the Arab Spring and the transformations happening in the Arab world?

What they get wrong, I think, is this sense of “Oriental exceptionalism,” that Arabs have a kind of attraction to autocratic regimes. The corollary to that is, well, look, the Arab Spring failed because the youth came out, but a majority of people like autocrats, are enamored with autocrats. There’s something in their history and religion, in their psyche, that makes them more attracted to that. I think that’s very wrong. If anything, that so-called Arab exception has been shattered.

Do you see a long-term trajectory for democratic reform in the Arab region?

Yes, but seeing positive results will take a long time. Since 2011, I’ve defended the idea that the Arab Spring is a process, not an event. It may take 10 to 20 years, and some countries will have a very difficult time getting out of the civil wars they’re in, like Libya or Yemen.

But the democratic activists of today are less idealistic than the protesters of 2011–2012. I think opposition parties will organize now and will be less triumphant and less romantic. They are thinking more about the long term and the long haul. That’s the thinking across the region now.

The youth are learning but they’re not the only ones. There’s also the middle classes and the      disenfranchised classes. The new thing is that the sentiment for change is cutting across all classes. The middle classes feel they’ve been left out of the prosperity; and the lower classes feel that they have been completely marginalized. We are seeing wider coalitions being built.

On the other hand, I think regimes are also playing for keeps. Regimes are going to be much more resistant to change and more aware that they risk demise, and they’re going to be more recalcitrant and more ferocious against opposition movements.

In addition to the traumatic event in your childhood, what moments in your adult life led to your decision to leave the monarchy?

Certainly when I started to get a Western, liberal education that stressed critical thinking, I was exposed to the histories and civilizations of the world. And also my professional life took me around the world. I felt that my education complemented the Islamic ethics I was imbued with in my youth. In my personal life, the death of my father in 1983 brought me closer to my uncle, King Hassan II. I became a member of his household, and that posed a lot of questions about my role.

My uncle was a man of big stature and very strong character. We got along tumultuously, but we managed to work through many interpersonal crises through a combination of dialogue, mutual respect, and muted affection.

After King Hassan II died, there was widespread hope for a transformation from an absolutist reign to a constitutional monarchy under your cousin, Mohammed VI, but it did not come to pass. Why?

The king himself had toyed with the idea of devolving power to institutions, but quickly abandoned it, and the political elites went right along with him. I knew the system very well from within, that it needed more than wishful thinking.

Back then, I called for gradual democratization, but one that was resolute and had clear landmarks. So obviously when Morocco started sidestepping that direction, my voice, along with others’, became more and more problematic.

I was no longer dealing with a father figure, I was dealing with a different dynamic in the relationship. My presence was more provocative and challenging for the new king than for his father, for a variety of reasons. When Morocco didn’t take the direction of constitutional monarchy, it became clear that living in the same space had become a problem, because I wasn’t going to abandon my convictions and I was not going to abandon my advocacy.

Was there retaliation against you?

I experienced what many activists and critics have gone through. Security services essentially did everything to implicate me in plots and trials against the king and against the security of the state. I am still the target of vicious press campaigns, imaginary plots, economic strangulation….

You still return to Morocco. You are not an exile, you are a dissident. If yours were a different country, say Saudi Arabia, your situation may have ended badly.

Be careful what you ask, because the story’s not finished. I’d like to think it’s different in Morocco. Paradoxically, in our history there’s a lot of violence — beheading of princes, scholars, ordinary citizens thrown in the gallows, and so forth. But over the last 50 years our society has pushed back and built a kind of pluralism.

But absolute monarchies have cruelty in their DNA. Although the regime is restrained, it still lashes out sporadically. “Accidents” can happen.

This interview was edited for length and clarity. To read the full story, visit the Weatherhead Center’s online publication, Epicenter.