What weighed on us in 2019? ‘Climate emergency’ 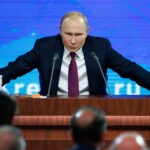 The rise of Vladimir Putin

Every year the publisher of the august Oxford English Dictionary peers into the zeitgeist and selects a “word of the year” whose sudden appearance or rising popularity tells us something about our collective mood or obsessions. The last three, for instance, have been toxic, youthquake, and post-truth. Take from those what you will.

This year’s word — in actuality a phrase — is “climate emergency.” The publisher Oxford Dictionaries said the choice was prompted by a 100-fold increase in usage over the previous year, a rise that reflected the rising heat of environmental activism and the growing guilt and angst over our role in the problem.

Along with climate emergency, Oxford selected a short list of other environment-related terms whose usage also grew noticeably. That includes some that will seem familiar to many — climate action, climate denial, climate crisis, net zero, extinction, and plant-based — and others newer to the tongue — eco-anxiety, ecocide, flight shame, and global heating, whose usage soared 18,358 percent.

The Gazette asked several Harvard faculty members if they thought “climate emergency” the mots justes for 2019 or whether another word or phrase might better characterize how the English-speaking world is feeling about climate and the environment.

‘There doesn’t have to only be one phrase. … What matters is that we keep talking.’

Gina McCarthy
Director of the Center for Climate, Health, and the Global Environment; professor of the practice of public health

What I take away from this is that climate change has reached a turning point in the public consciousness. In 2019, people all over the world began demanding actions and solutions. We don’t have to worry so much about whether we use “climate emergency,” “climate crisis,” or “global heating.”

There doesn’t have to only be one phrase. What’s important is that we keep the conversation going at our dinner tables, at work, and at school. What matters is that we keep talking about climate change using a variety of angles to appeal to different audiences, whether it’s about water, technology, health, or kids, so that our leaders develop the political will to rapidly shift away from fossil fuels.

‘I’m really impressed with the interest — particularly of young people — in the problem.’

It’s difficult to choose just one word — maybe “carbon zero,” “carbon negative.” If you believe that we have to limit temperature growth to 2 degrees or 1.5 degrees C, then you have to start thinking about essentially no fossil fuel use at all after 15 or 20 years. Even more than that, you have to start thinking about having negative carbon, in which you begin to draw carbon out of the atmosphere in order to avoid a problem.

The depressing thing is if you look at what the country commitments are in the Paris Agreement, even if all the countries did what they said they would do, this problem is going to get worse. So then the question is: What do you do about it?

I’ll continue to try to understand how you can make the transition as rapidly as possible to a zero-carbon future for countries such as the U.S., China, and India, the big players. I’ll also start thinking about some of the negative-carbon possibilities.

We had a paper six months or so ago that looked at harvesting crop waste, combining it with coal, and gasifying it to produce electricity, and then capturing the CO2 and burying it or using it. So that’s a way to think about negative-carbon possibilities.

On the other side, I’m really impressed with the interest — particularly of young people — in the problem. There’s also interest by our alumni groups. Alumni clubs around the country have started coming to the University saying, “We would like to have somebody come and talk about the climate issue.” The interest is really high.

As far as “carbon negative” goes, Al Gore has opened his family farm in Tennessee to people who want to do experiments on how you can capture and retain more carbon in soils. I think the way we can do it is using photosynthetic uptake of carbon and instead of having the carbon simply go back into the atmosphere, find ways to capture it and use it or bury it or sequester it.

Stopping unnecessary deforestation, reforesting areas that are not particularly productive, thinking about more conservative agricultural systems, and managing soils would be good ideas. You want to let the plants take carbon out of the atmosphere and then grab that carbon. But there’s no easy solution.

‘The amount of action and momentum that this word cloud reflects is a cause for some real hope.’

My general reaction is that this is a great word, but that the short list is very instructive as well. Because really the crisis is much broader than climate.

The growing use of these terms reflects an awakening recognition of core themes in the field of planetary health: that the scale of human activity has outstripped the capacity of our planet to absorb our wastes or provide the resources we are using. As a result, we are disrupting and transforming most of the natural systems on the planet including the climate system but also biodiversity (fueling the sixth mass extinction), global pollution of air, water, and soil, scarcity of fresh water and arable land, and deforestation. Hence other words like “extinction” crisis or “ecocide.”

These transformations interact with each other in complex ways to alter core conditions for human health and well-being: the quality and quantity of food we produce, the air we breathe, the water we can access, our exposure to infectious disease, the very habitability of our homes. They also impact our mental health, with “eco-anxiety” or “ecological grief” being one manifestation of those mental health effects.

One of the exciting developments this year has been a groundswell of activism and movement building to address this crisis, including the rise of Extinction Rebellion, the BirthStrike movement in the U.K., and the School Strike movement led by Greta Thunberg, among many, many others.These efforts have called out “climate denial” and the associated legislative capture by special interests that have prevented action for too long as part of addressing the “climate crisis” with “climate action.”

All of this activity and recognition of the urgency of the moment we find ourselves in has us thinking about what we can do differently, both individually and collectively, driving more attention to things like “flight shame,” “plant-based” diets, and “net-zero” emissions. The scale of the ecological and human crisis we face is pretty terrifying, but the amount of action and momentum that this word cloud reflects is a cause for some real hope.

‘More important than immediate action would be to have clear policies that are significant now, sustainable over the long term.’

My copy of Webster’s Dictionary defines an emergency as “a sudden, urgent, usually unexpected occurrence or occasion requiring immediate action.” Thus “climate emergency” is a misnomer.

The conversation about appropriate climate policy is more than three decades old. Given our best understanding of the science, it is going to be a problem the world will have to deal with for centuries to come. More important than immediate action would be to have clear policies that are significant now, sustainable over the long term, and clearly connected to the underlying facts.

One such policy, necessary but not sufficient, would be a material carbon price along the lines of the bipartisan proposal of the Climate Leadership Council. Promises that mandates for clean energy will be effective, quick, and cheap are unlikely to be fulfilled, and thus mislead.

Climate presents an example of a “wicked problem.” Real solutions are likely to be incomplete, slow, and expensive, but worth it.

‘To tackle this existential challenge we need to align all of our collective actions now.’

This is exactly the right term as it clearly articulates the focus on the problem and the immediacy of the need for action. Embedded in the word “climate” is the clear sense of the enormity and importance of the issue — global and yet affecting all forms of life — and the reality that any fix will necessarily require massive, long-term effort. But the word “emergency” conveys the reality that this issue cannot wait. To tackle this existential challenge we need to align all of our collective actions now.

I emphasize collective because a global emergency scales from the individual to the global community. Each of us has a role, in our lives, across the Harvard campus and neighborhoods, and at community, state, national, and international levels. That scaling works to our benefit. We can act individually and together to make Harvard and its backyard exemplars of the way forward for the world.

For Harvard, that means taking decisive action to act ethically based on clear science to stop supporting all entities that knowingly harm the environment, while also employing all of our research, education, and engagement to inform and lead in the world. Meanwhile, in Massachusetts and New England, Harvard can advance a sustainable landscape of wildlands, woodlands, farmlands, and communities.

I love the choice of “climate emergency” as word of the year. There are the obvious reasons. Take the stream of headlines: fires in California; floods in the heartland; drought in the Southwest; the stream of reports from the world’s scientists, desperately trying to rouse the world to action; the Intergovernmental Panel on Climate Change on oceans and ice, on land, on the fact that we must limit warming to 1.5 degrees C, not 2, if we are to avoid the worst effects; the articles recalculating exactly how much of the world is likely to be under water by 2050. And this means doing the seemingly impossible — namely bringing emissions to zero in 30 years.

Then there are the less-obvious ones. The ones that are so intimate, so personal that it feels as though someone has put a hand around your heart and twisted, hard.

This spring I ran one of [MIT Professor] John Sterman’s excellent climate-change simulations. The students were divided into national blocs, charged with negotiating with each other in an attempt to put in place a global policy regime that would keep us reasonably cool. It’s a great simulation, and so it reproduced exactly what’s happening — they failed. I asked them to try harder, and they failed again.

At the end of the session I asked the students to tell me what they had learned. One said that he had learned that unless and until we all agree to give something up, we will never solve climate change. Another put her hands on the swell of the child she was carrying and said, “But my son, my son will be only slightly older than I am now in 2050….”

It’s an emergency. Let’s call it one. 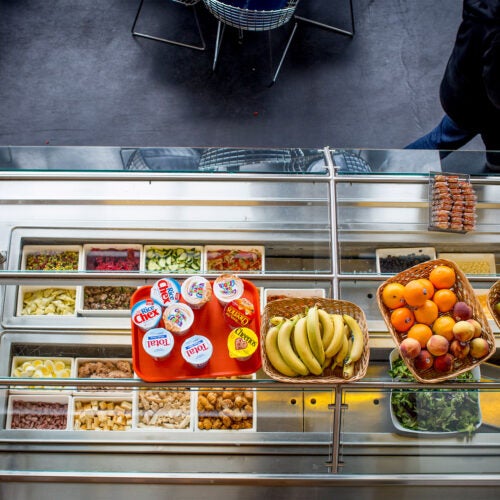 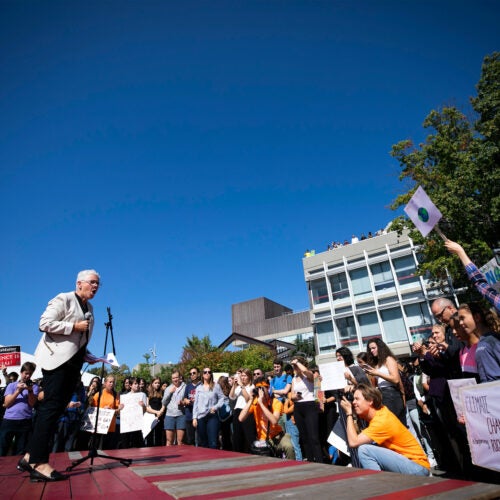 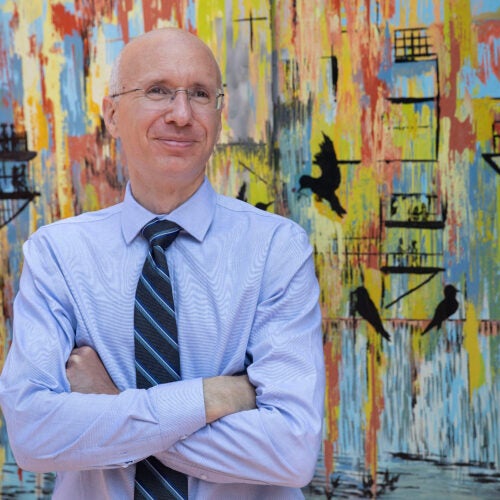 In Q&A, Harvard pediatrician outlines upcoming global strikes, the rise in youth protests, and the concern over their health 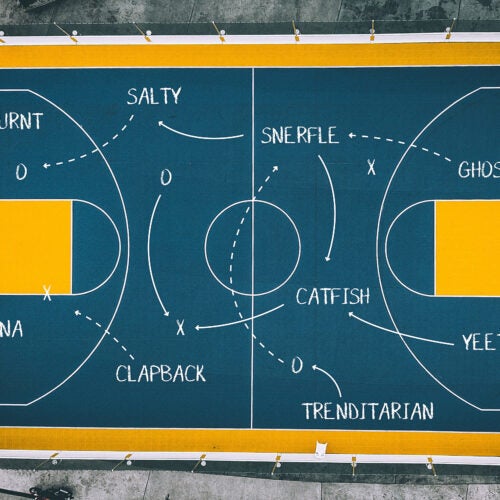