As people age, they tend to develop diseases such as heart failure, kidney failure, diabetes, and obesity, and the presence of any one disease increases the risk of developing others. Traditional drug treatments, however, each target one condition. That means patients often have to take multiple medications, increasing both the risk of negative side effects and the likelihood of forgetting one.

New research from the Wyss Institute for Biologically Inspired Engineering at Harvard University and Harvard Medical School (HMS) suggests that it may be possible someday to tend to multiple ailments with one treatment.

In the Wyss study, a single administration of an adeno-associated virus (AAV)-based gene therapy, which delivered combinations of three longevity-associated genes to mice, dramatically improved or completely reversed multiple age-related diseases, suggesting that a systems-level approach to treating such diseases could improve overall health and lifespan. The research is reported in PNAS.

“The results we saw were stunning and suggest that holistically addressing aging via gene therapy could be more effective than the piecemeal approach that currently exists,” said first author Noah Davidsohn, a former research scientist at the Wyss Institute and HMS who is now chief technology officer of Rejuvenate Bio. “Everyone wants to stay as healthy as possible for as long as possible, and this study is a first step toward reducing the suffering caused by debilitating diseases.”

The study was conducted in the lab of Wyss core faculty member George Church as part of Davidsohn’s postdoctoral research into the genetics of aging. Davidsohn, Church, and their co-authors homed in on three genes that had been shown to confer increased health and lifespan benefits in mice that were genetically engineered to overexpress them: FGF21, sTGFβR2, and αKlotho. They hypothesized that providing extra copies of those genes to nonengineered mice via gene therapy would similarly combat age-related diseases and bring health benefits.

The team created separate gene therapy constructs for each gene using the AAV8 serotype as a delivery vehicle, and injected them into mouse models of obesity, Type 2 diabetes, heart failure, and renal failure both individually and in combination with the other genes to see whether there was a positive synergistic effect.

FGF21 caused complete reversal of weight gain and Type 2 diabetes in obese, diabetic mice following a single gene therapy administration, and its combination with sTGFβR2 reduced kidney atrophy by 75 percent in mice with renal fibrosis. Heart function in mice with heart failure improved by 58 percent when they were given sTGFβR2 alone or in combination with either of the other two genes, showing that a combined therapeutic treatment of FGF21 and sTGFβR2 could successfully treat all four age-related conditions, therefore improving health and survival. Administering all three genes together resulted in slightly worse outcomes, likely from an adverse interaction between FGF21 and αKlotho, which remains to be studied. 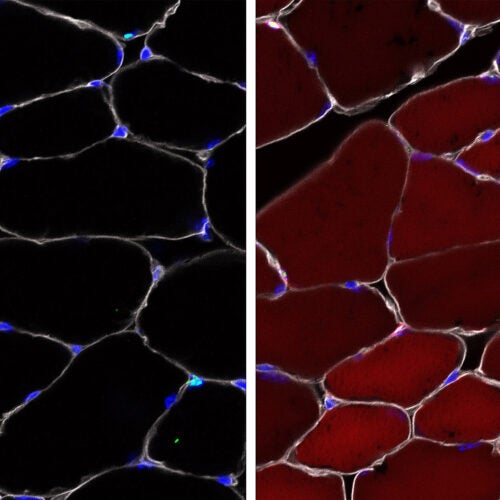 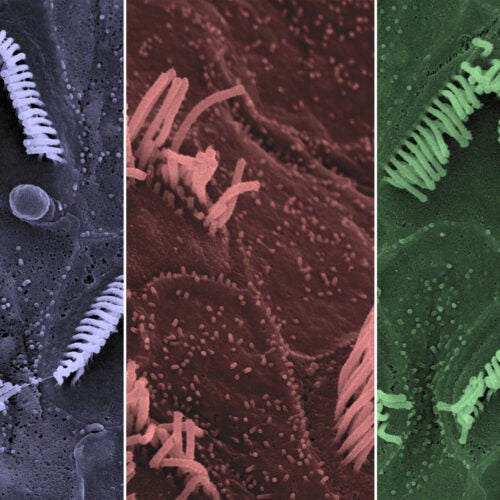 Importantly, the injected genes remained separate from the animals’ native genomes, did not modify their DNA, and could not be passed to future generations or between living animals.

“Achieving these results in nontransgenic mice is a major step toward being able to develop this treatment into a therapy, and co-administering multiple disease-addressing genes could help alleviate the immune issues that could arise from the alternative of delivering multiple, separate gene therapies for each disease,” said Church, who is also a professor of genetics at HMS and professor of health sciences and technology at Harvard and MIT. “This research marks a milestone in being able to effectively treat the many diseases associated with aging, and perhaps could lead to a means of addressing aging itself.”

Church, Davidsohn, and co-author Daniel Oliver are co-founders of Rejuvenate Bio, a biotechnology company that is pursuing gene-therapy treatments for dogs. Each holds equity in Rejuvenate Bio.

“The finding that targeting one or two key genes has therapeutic effects in multiple diseases makes enormous sense from the perspective of pathophysiology, but this is not how drugs are normally developed. This ability to tackle several age-related diseases at once using gene therapy offers a potential path to make aging a more manageable and less debilitating process,” said Wyss Founding Director Donald Ingber, who is also the Judah Folkman Professor of Vascular Biology at HMS and the Vascular Biology Program at Boston Children’s Hospital, as well as professor of bioengineering at Harvard’s John A. Paulson School of Engineering and Applied Sciences.

The research was supported by the National Institutes of Health and the Merkin Family Foundation.